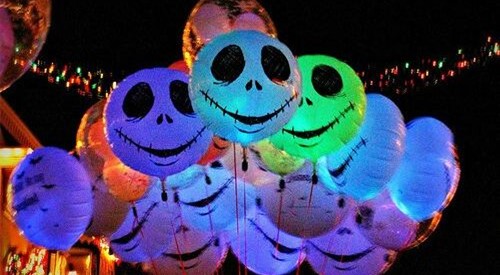 Guests at Walt Disney World have spotted a familiar character floating through the skies at Magic Kingdom as a Jack Skellington balloon has been released for sale in the Parks. 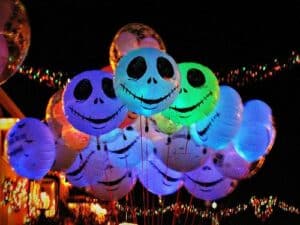 Debuting in the Parks just in time for Halloween, the Jack Skellington balloon is a large spherical balloon that is a bust of Jack’s head. Jack’s large eyes and mysterious stitched smile brings a scary delight to the Park. 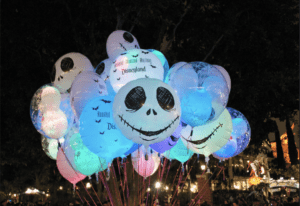 The Jack Skellington balloon sells for $15 each and can be found in any of the large balloon bouquets wandering around the Parks. It has been reported that the spooky balloons have been selling out fast, so if you happen to see one floating around, it would be best to purchase it that instant! 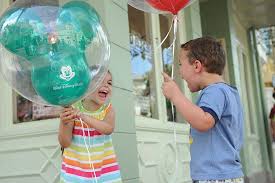 Balloons at the Disney parks have become a Guest photo op staple. May guests with permission hold the elaborate bouquets posing as Mary Poppins, with a big smile, or pretending to fly away. The balloons themselves also serve as great models as they produce wonderful color filled photos at any angle. 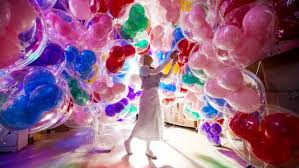 Since Jack Skellington’s movie The Nightmare Before Christmas (1993) is considered both a Halloween and Christmas movie, it is not yet confirmed whether or not his balloon will remain in the parks through the holiday season or even beyond. 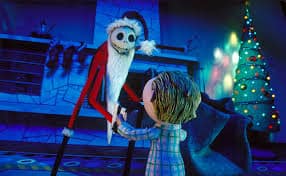 The official description for Tim Burton’s The Nightmare Before Christmas (1993) from Disney+ states:

Enter an extraordinary world filled with magic and wonder, where every holiday has its own special land. This is the heartfelt tale of Jack Skellington, the Pumpkin King of Halloween Town and all things that go bump in the night. Bored with the same old tricks and treats, he yearns for something more, and soon stumbles upon the glorious magic of Christmas Town. When Jack decides to bring this joyful holiday back to Halloween Town, his dream to fill Santa’s shoes unravels, and it’s up to Sally, the rag doll who loves him, to stitch things together again.

The Jack Skellington balloon haunting the grounds of Main Street U.S.A and its surroundings will surely bring out the Halloween spirit as the holiday approaches.

2021-10-27
Danae Angiulo
Previous: Chris Evans Goes To Infinity and Beyond In New ‘Lightyear’ Trailer
Next: Another petition? Online plea to replace Chapek with this veteran Disney Exec is also making the rounds