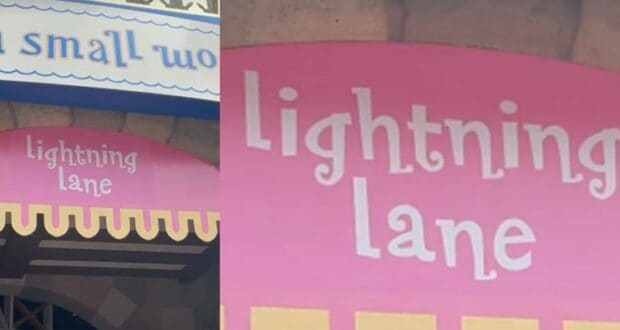 Sorry to report Disney fans… but it looks like this is really happening! We previously shared the news that Walt Disney World Resort and Disneyland Resorts will soon be introducing the Disney Genie. This mobile app is complimentary and is said to “maximize your Park time”. Unfortunately, with the news of the Disney Genie – we learned Disney would be removing the former complimentary FastPass service which allowed Guests to skip the standby line at no extra cost. Instead of bringing the FastPass program back after the COVID 19 closures, Disney is introducing two upcharge services called the Disney Genie+ and the Lightning Lane.

Disney Genie+ will cost each Disney Park Guest using the service one set fee of $15 per ticket per day at Walt Disney World Resort and $20 per ticket per day at Disneyland Resort. You will be able to choose the next available time to arrive at a variety of the less popular attractions such as Haunted Mansion or Big Thunder Mountain Railroad. In addition to this service, Disney is introducing the Lightning Lane pass. This is where Guests can purchase one individual attraction selection at a time for the more popular attractions like Seven Dwarfs Mine Train. Pricing for the individual attraction purchase with Lightning Lane will vary by date, attraction, and Park which Disney has yet to reveal. If it’s anything like Disneyland Paris’ charges for a similar service, we can expect Lightning Lane attractions to cost anywhere between $10 – $18 per attraction. Star Wars: Rise of the Resistance at Disney’s Hollywood Studios and Remy’s Ratatouille Adventure at EPCOT will offer both Virtual Queue and Lightning Lane access.

While we honestly had hoped Disney would hear the plea of Disney fans asking them to not take away the complimentary FastPass service, our dreams didn’t come true. Instead, Disney is rolling out the signs for the Lightning Lane entrance at select attractions as they prepare for the big launch of the new service which date has yet to be revealed.

Theme Park YouTuber, Kyle Pallo, took to Instagram stories to share a couple of images of two new Lightning Lane signs now up at Walt Disney World’s Magic Kingdom Park. First up – you’ll see in the image below that ‘”it’s a small world” now has what looks like a “Lightning Lane” sticker placed right on top of the former free FastPass:

Another image captured was of Tomorrowland Speedway’s new “Lightning Lane” sign as shown below:

Ready or not here it comes Disney Resort Guests. RIP FastPass! Are you ready to pay to ride attractions without the wait at Walt Disney World and Disneyland? You’ll find us waving from the Standby queue! We’ll be sure to share any information about WHEN this new Disney experience, the Disney Genie, will be rolled out, and how much it will cost to take advantage of the “Lightning Lane” on your special Disney day.