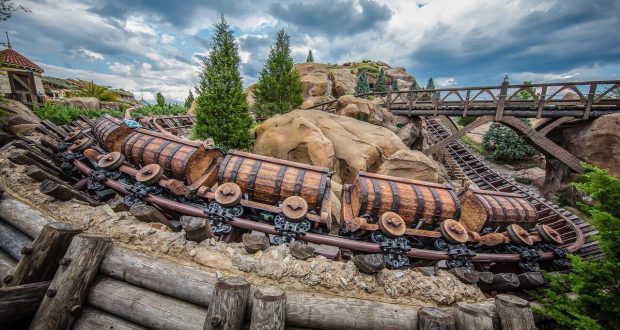 Is It Time For Walt Disney World FastPasses to Return?

When Walt Disney World reopened in July 2020, it was with a big change.  FastPasses would no longer be offered to guests.  FastPasses allowed guests to make a “reservation” at a ride, character meet and greet or show.  This helped limited wait times and helped guests feel like they were guaranteed at least three magical experiences each day.  With modified experiences when it came to character meet and greets and limited entertainment, Disney removed FastPasses as a guest perk.  When the parks first opened, this wasn’t an issue.  Most rides were walk-on making FastPass+ not needed; however, now six months later we are starting to wonder if fastpasses need to come back.

First of all, there are some great advantages to not having FastPasses.  It was great to be able to ride whatever ride we wanted without feeling like we had to rush to our FastPasses.  We also didn’t have to crisscross the parks as much.  Without FastPasses we could stay in one land and ride everything we wanted before moving on.  This was extremely nice on the feet!

Another great thing about FastPasses is that the lines are constantly moving.  If you have ever been in the stand-by line you know that you often are stopped for a period of time while the FastPass line is allowed through.  This caused the wait time to seem longer because you aren’t moving.  With everyone in the stand-by line, the lines are constantly loading and moving.  This makes those wait times feel a lot shorter because you are always on the move.

With that being said, we do feel like there are some reasons why FastPasses should start coming back maybe sooner than later.

The first and biggest reason is wait times.  Right now, some of the big E ticket rides (Seven Dwarf Mine Train, Tower of Terror, Rock n’ Roller Coaster, Avatar Flight of Passage) can have hour plus wait times.  With the parks closing early, this makes it difficult to ride a variety of rides throughout the day.  If you are waiting three hours to ride Rock n Roller Coaster, Tower of Terror and Slinky Dog Dash at Hollywood Studios, you really limit the time you have to enjoy the other attractions as well as the lands throughout the parks.  FastPasses would allow guests to move through these lines faster and therefore enjoy more of the park.

Another big reason we think FastPasses should start coming back is because of the lines.  If you have seen pictures of the parks, you probably saw all the lines everywhere.  Because of physical distancing, lines are stretching throughout the parks making walkways a maze of lines.   For Frozen Ever After, you often lineup in China.  Tower of Terror and Rock n Roller Coaster have you behind stage in the Fantasmic area and for Haunted Mansion we started over in Frontierland.   Even though the park is at a lower capacity, these lines everywhere really make the parks feel congested and honestly not as magical.

Overall, we think some sort of FastPasses should return to the parks; however, we aren’t sure exactly what they would look like during this modified time.  Could Disney limit who received FastPasses?  Could you have a bigger window to use them in?  There are lots of logistics that would need to be thought out, which we know Disney is thinking through, before we see FastPasses.  Until then, we will enjoy the freedom of riding whatever we want, whenever we want.

Do you think FastPasses should come back? Save Money On Your Next Disney Trip With These Tips 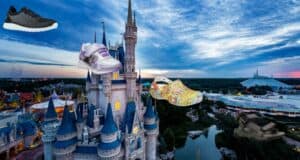 The Shoes Were Made For Walkin’…Around Disney!