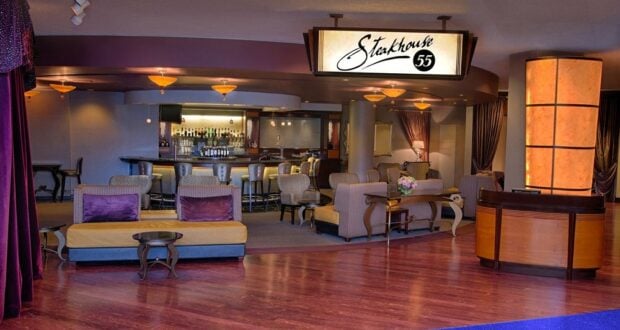 Is Disney Planning on Reopening Steakhouse 55?

When Disneyland finally reopened its gates to Guests after a historic 412-day closure, there were many dining locations that remained closed. One of those spots was the iconic Steakhouse 55, located inside the Disneyland Hotel. Steakhouse 55 was a classic, high-end steakhouse that served not only steak but other popular dishes like lobster tail and lamb chops, as well as à la carte side dishes and delicious desserts. 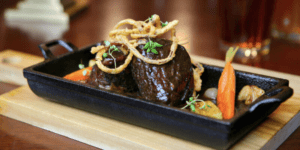 In July, it was reported that Steakhouse 55 would be closing, with Disney saying that they had no plans to open the restaurant and that they were exploring other options for the space. Disney also stated that they would share more information in the future when they decided what would be placed in the prime Disneyland Resort space.

With the closure of Steakhouse 55 also came the end of the beloved Afternoon Tea at the Disneyland Hotel. Afternoon Tea was well-liked by a number of Guests and featured fun themes like Alice in Wonderland and the Haunted Mansion during Halloween Time at the Resort. Guests would dine on classic finger sandwiches, small desserts, as well as a variety of teas. 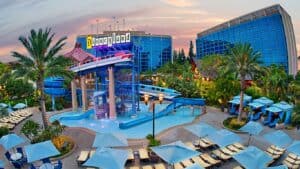 Even though Disney said that they had no plans to reopen Steakhouse 55, it looks like they may have decided to reverse their decision. While Google says that Steakhouse 55 is permanently closed, Yelp has different information and says that the restaurant has a scheduled reopening of December 30, 2021.

Here is more information on Steakhouse 55 from the Disneyland website — please note that Steakhouse 55 page is currently unavailable on the website:

Steak lovers will rave about the ample marbling of our premium beef, which ensures exceptional flavor in each juicy bite. The dry rub-seasoned bone-in rib eye is a Steakhouse 55 specialty, weighing in at a generous 18 ounces. We also feature Guest-favorite cuts like a 14-ounce New York strip steak and an 8-ounce filet mignon.

To complement your dinner, our expert sommeliers can assist Guests 21 and over in selecting the perfect wine. You may even have the opportunity to enter the wine cellar and taste several vintages—cheers! 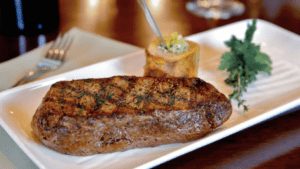 Steakhouse 55 was also the inspiration for Disney World’s newest restaurant, Steakhouse 71 — which opened on October 1. Both are classic steakhouse restaurants that are named after the years Disneyland and Walt Disney World opened, respectively.

Disney Dining has reached out to Disney to confirm whether or not Steakhouse 55 is planning on reopening on December 30 as Yelp says. We will let readers know when Disneyland responds to our information request.