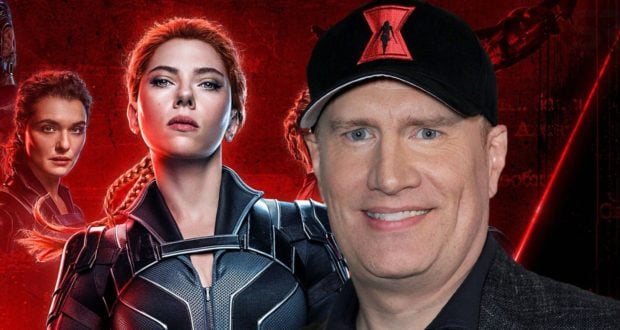 How Does Marvel Determine What Heroes Hit The Big Screen

Marvel Studios has hit it out of the park lately when it comes to their newest Disney+ Original series as well as blockbuster movies. But how do they determine which heroes get to show up where? In a recent interview Kevin Feige explains how they go through this process. See what Feige told Rotten Tomatoes and what we found on ComicBook.com

“A lot of choosing what characters – what stories – become a feature film first [or] what becomes a Disney+ series… It’s still frankly early days for that. So we’re still having those discussions. What you see now in Phase 4 is still the culmination of work of five or six years – or in the chase of Shang-Chi ten or fifteen years in the past. So we have been working towards a Shang-Chi movie for many, many years; towards a Black Widow movie (as everybody knows) for many, many, years. So those were always set on as films of what we wanted them to be.”

It was clear that Disney+ changed how Marvel Studios would move forward. They could now produce high budget TV shows that would go to a streaming service.

“When Bob Iger told us about Disney+ and about his desire for us to produce shows for Disney+, it gave us a new avenue, frankly, to do something we hadn’t been considering before, which was: doing a deep-dive on characters who deserve a deep dive but hadn’t had the chance yet.”

It seems like Feige has a great sense for what heroes should head to Disney+ and which (like Black Widow) should hit the big screen. Either way it seems like Marvel Studios is knocking these superhero stories out of the park.