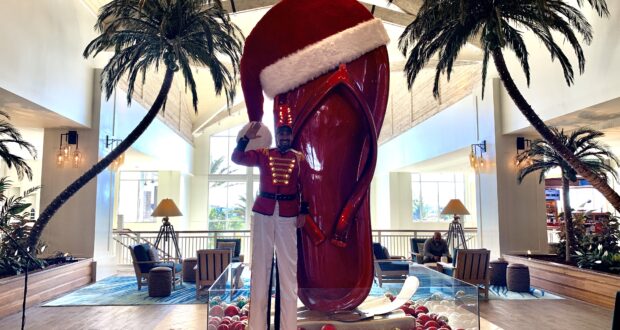 There are countless reasons to stay on property at Walt Disney World, but there are also some fabulous non-Disney Resorts nearby. One that we love stopping by is Margaritaville Resort Orlando. Once you see the blown out flip flop statue in the lobby you’ll start singing the song; you’ve been warned. 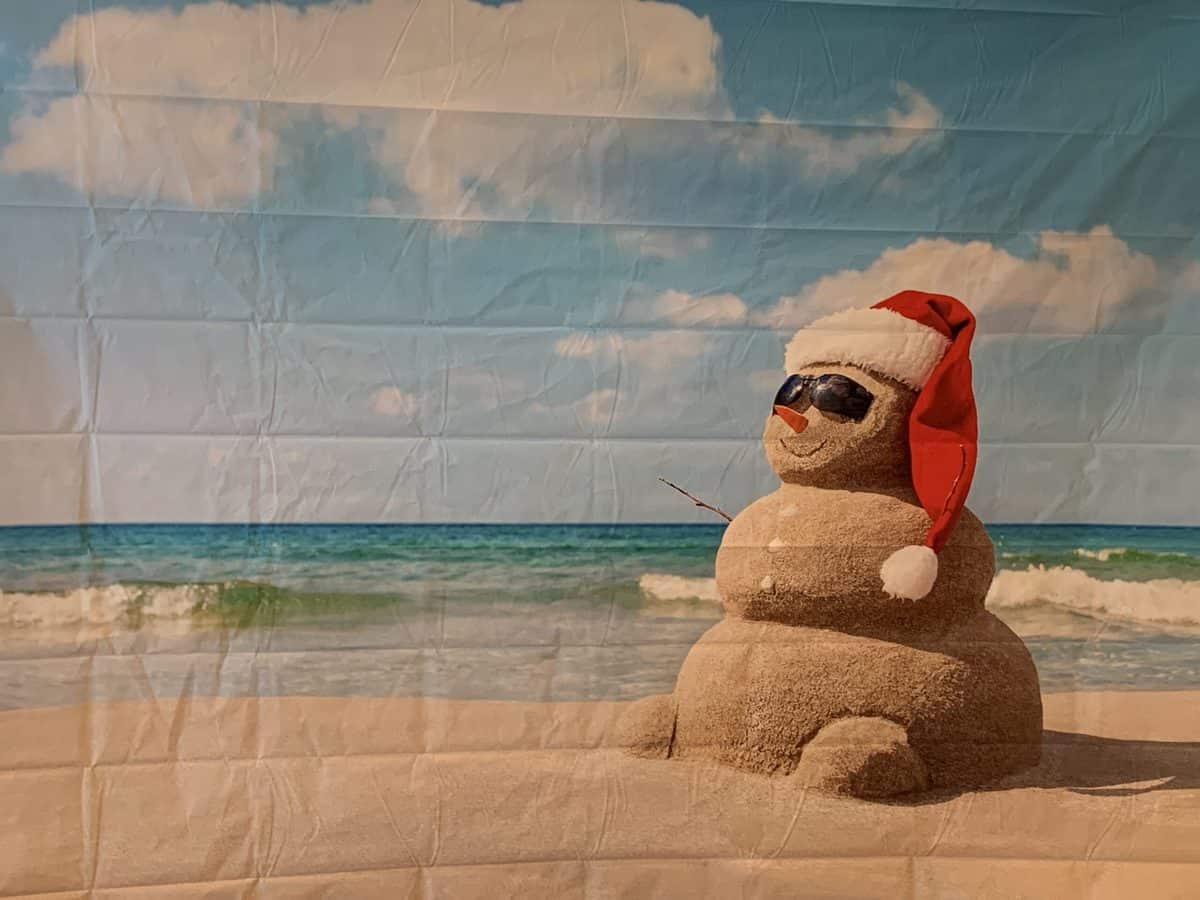 Margaritaville is holding a holiday event this year called Holidays in Flip Flops. The event kicks off on November 26, but I was invited to a sneak peek on November 23.

One of the nice things about Margaritaville is that it is a relaxing Resort, and that feeling carries over to Holidays in Flip Flops. There is plenty to see and do, but it’s all low pressure. You’ll want to get a picture in front of that flip flop, which dons a Santa hat for the season. 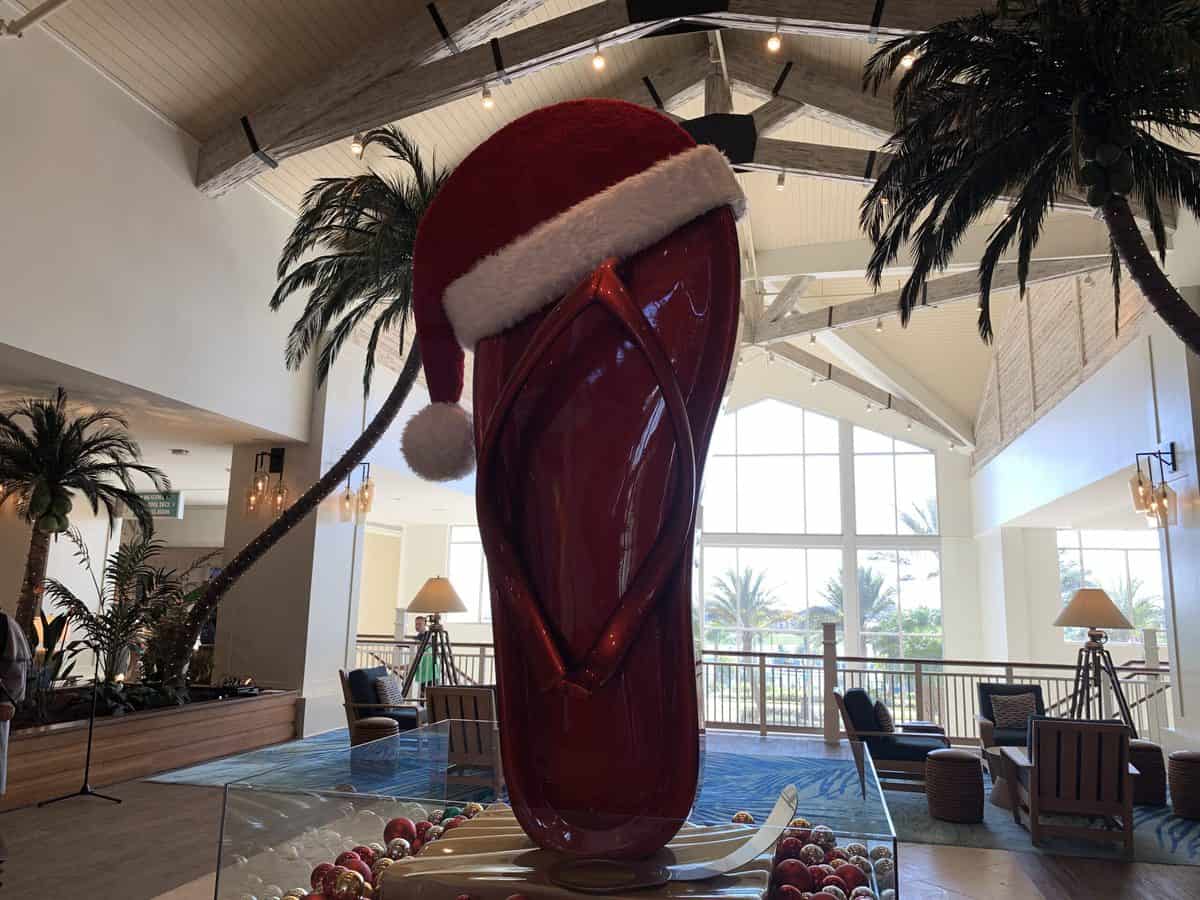 Euphoria Fish House is the main restaurant, but it serves more than just seafood. All three meals are served, and sometimes there is live music in the lounge. 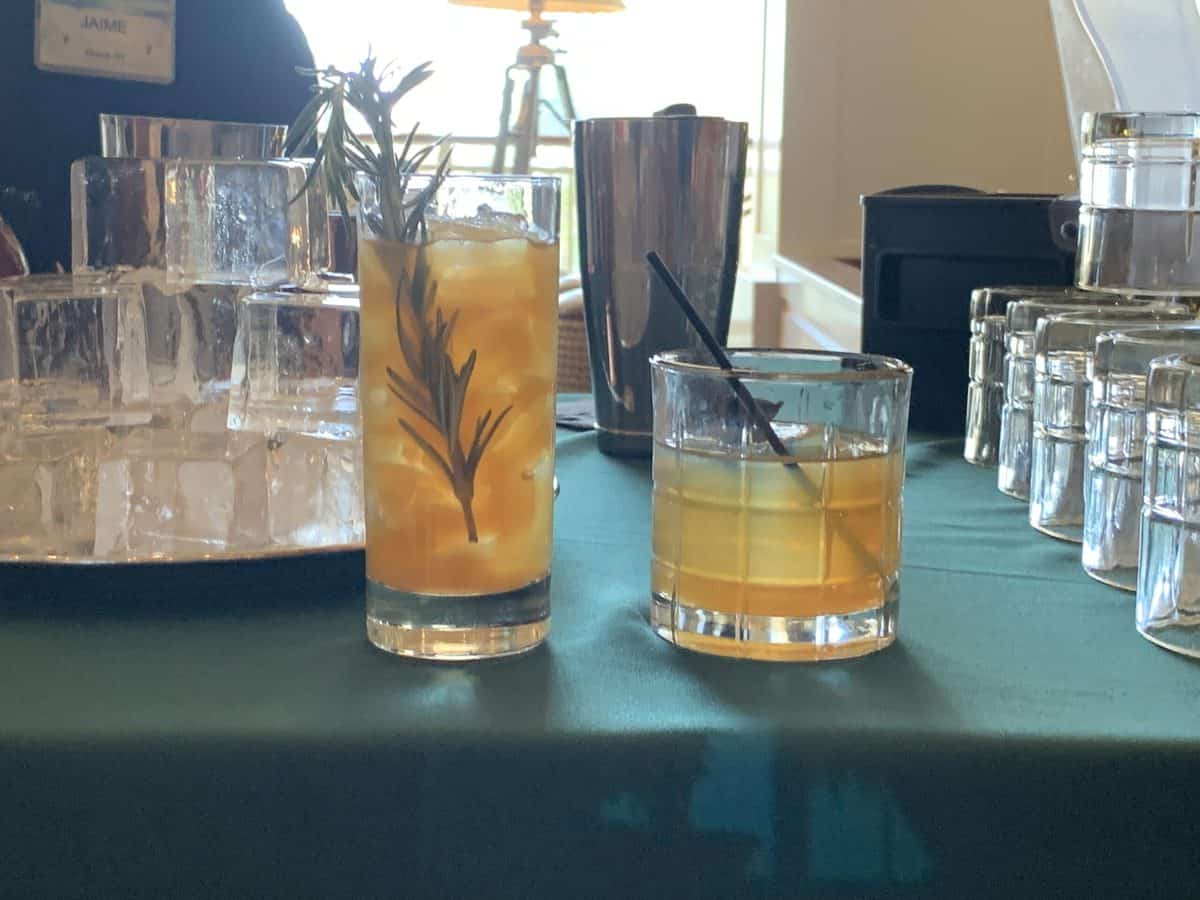 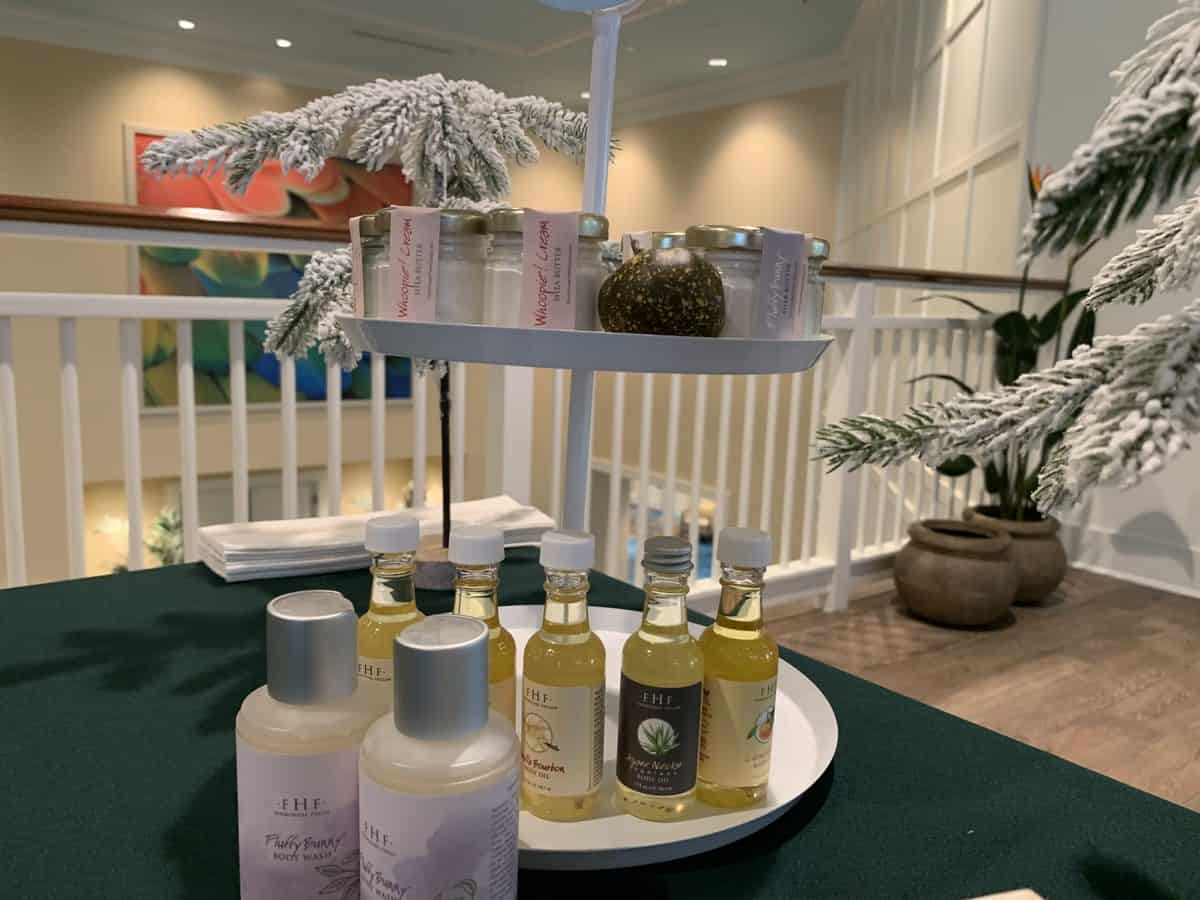 There are also specials at St. Elsewhere Spa. You might want to look into an IM Wellness Shot. It is administered by a nurse and will help provide extra nourishment to your body. There are other services offered at St. Elsewhere Spa, and you can purchase seasonal body wash, lotion, and other items. 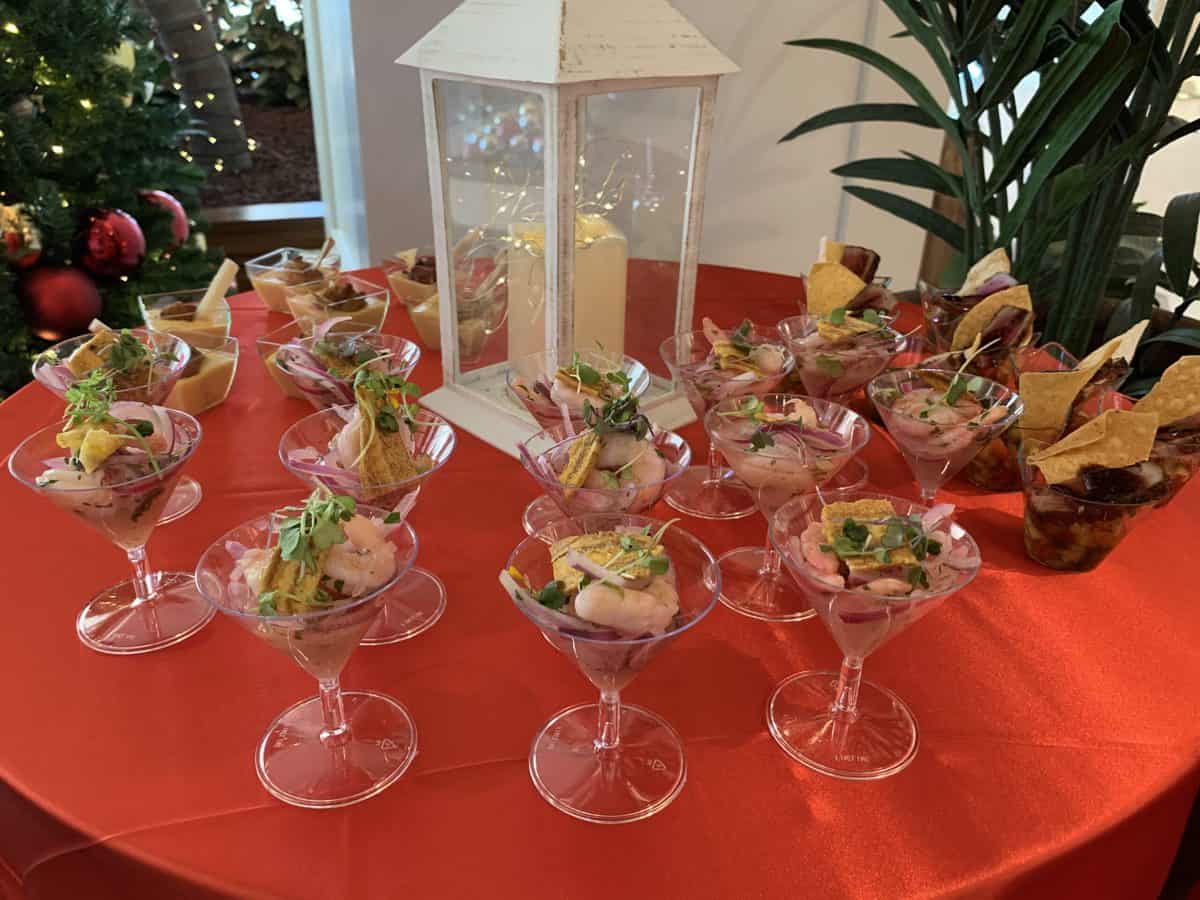 This was one of the best Santas that I have ever seen. While we were there, a family came in with a three year old girl. She was excited to see Santa; in the distance. The family didn’t want to disrupt a private event but they were invited over. 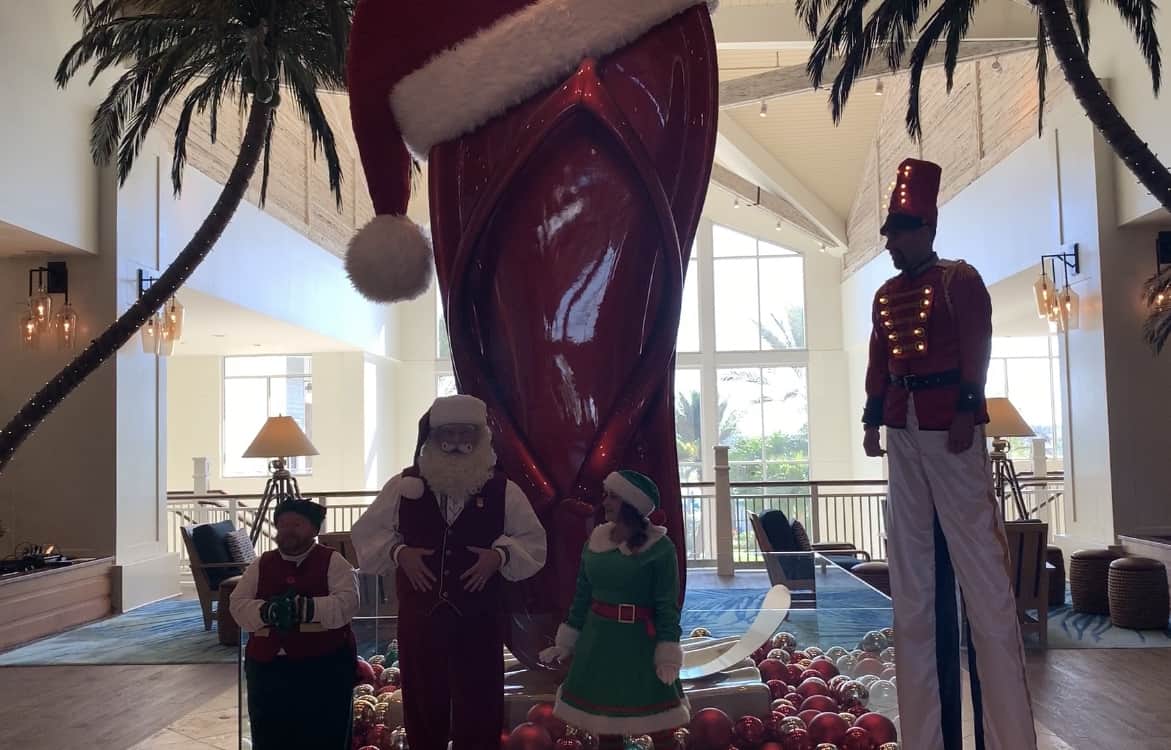 The little girl still didn’t want to get close, and Santa let her do it on her terms. He played with her and helped her to get comfortable. A few minutes later, she was posing for a picture and was as happy as could be.

If you’re going to be in Central Florida on Christmas Day and aren’t sure where to eat, consider Margaritaville. Brunch will feature roast beef, ham, salmon, omelets, bacon, and much more. There will be a special menu for kids. Call 407-479-0950 for more information or to make a reservation. 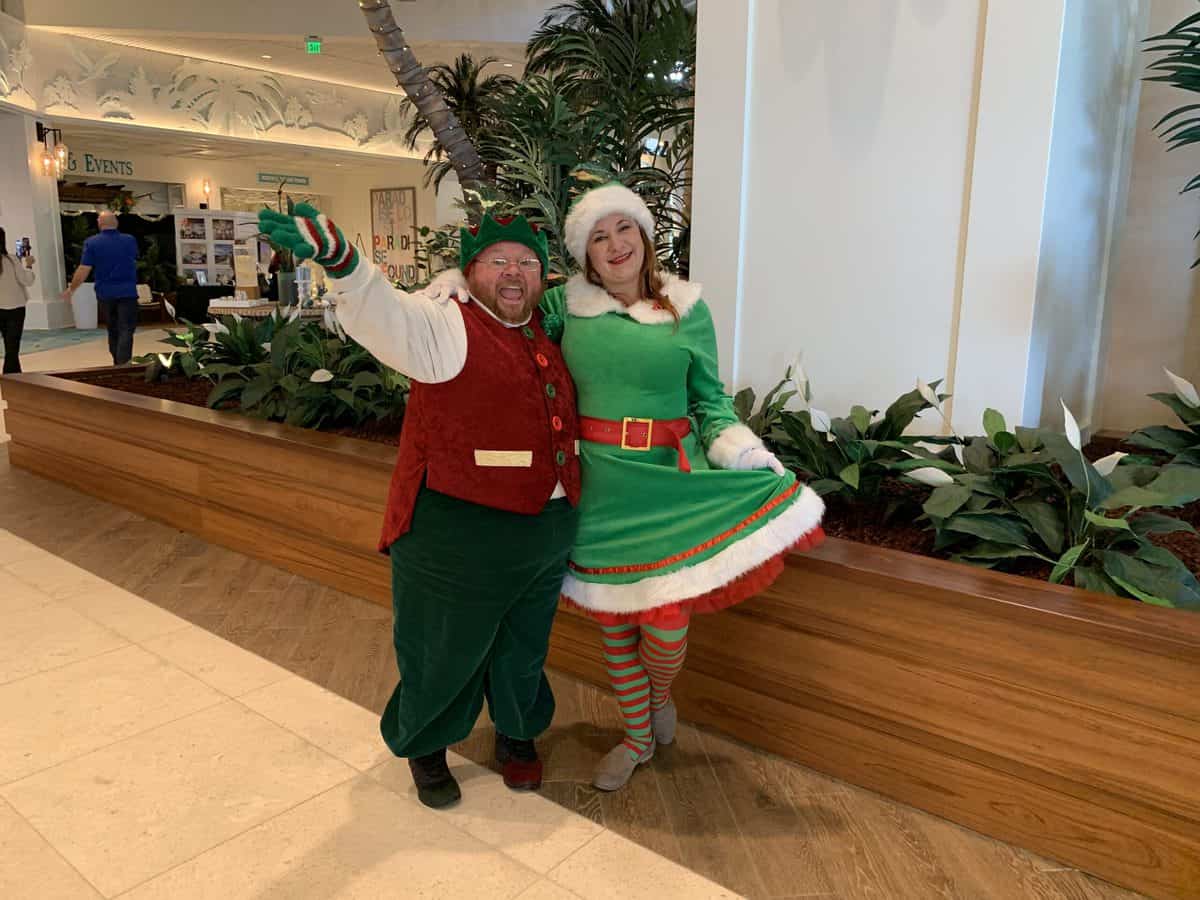 Margaritaville Resort Orlando is located just minutes from Walt Disney World on the Disney’s Animal Kingdom side. In fact, it’s closer to the Theme Park than several of the Resorts on property.

There are deals to be found if you’re thinking about staying at Margaritaville. There are still rooms available for Holidays in Flip Flops, but there is never a bad time of year to visit. If you want to stay in a little bit of paradise, Margaritaville Resort Orlando could be what you’re looking for.

2021-11-23
PaulaK
Previous: New EPCOT Restaurant Is Finally Taking Reservations!
Next: Where You Can Enjoy a Thanksgiving Meal at Disneyland