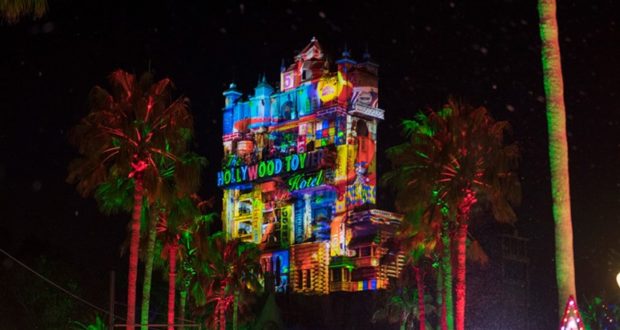 Guests visiting Disney’s Hollywood Studios get their own visit from Santa when he brings glitz and glamour to a motorcade down Hollywood Boulevard, led by an entourage of elves and riding in his red convertible packed with presents. And just in time for the holiday season, “For the First Time in Forever: A Frozen Sing-Along Celebration” adds a festive finale, featuring everyone’s favorite snowman, Olaf, and celebratory songs of the season.

After dark, the iconic Hollywood Tower Hotel on Sunset Boulevard will twinkle with projection effects as it becomes the Hollywood Holiday Tower Hotel, magically transforming into a Muppets gingerbread masterpiece, a Toy Story toy hotel, a snowy corner of Arendelle and a Dickensian village inspired by “Mickey’s Christmas Carol.”

Anyone else planning a holiday visit to Disney’s Hollywood Studios this holiday season?