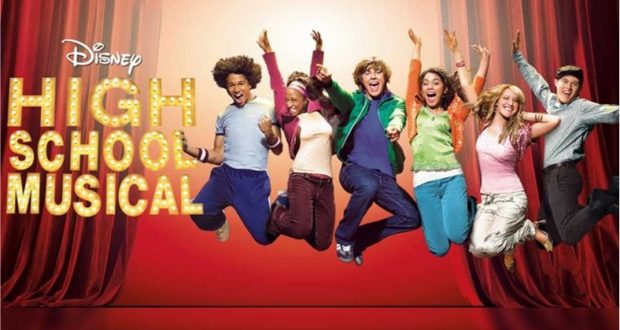 “High School Musical” is 15 Years Old – and Yes, That Makes Us Feel Old

On January 20, 2006 “High School Musical” debuted leaving us all entranced with the high school drama, songs, and of course the unforgettable dance moves! It’s hard to believe that was 15 years ago which definitely makes us feel old. Let’s reminisce, shall we? Check out the 15 year anniversary flash back as shared below by D23.

In 2021, the Disney Channel Original Movie High School Musical celebrates 15 years of encouraging a generation of kids to freely express themselves, challenging the status quo along the way. This “contemporary ‘break-into-song’ production,” directed and choreographed by Disney Legend Kenny Ortega, was described in early publicity materials as a modern-day Romeo and Juliet story, “set in a high school, but instead of feuding families, [it would have] rival social cliques that strive to keep the young couple apart.”

Troy Bolton (played by Zac Efron), a popular basketball star, and Gabriella Montez (played by Vanessa Hudgens), the bright “new kid,” shake the core of East High when they audition for the lead roles in the upcoming winter musicale. However, by defying expectations and taking a chance on their dreams, the pair inspires their peers to reveal some surprising hidden talents of their own. The movie also introduces us to unforgettable characters such as Chad, Troy’s best friend and basketball teammate who “lives, eats, and breathes basketball,” played by Corbin Bleu; Taylor, the president of the academic decathlon team who fills Gabriella in about the social hierarchy of the school, played by Monique Coleman; and the twins, Sharpay and Ryan Evans, played, respectively, by Ashley Tisdale and Lucas Grabeel, who are usually the leads in the school productions.

Following its premiere, High School Musical achieved numerous notable feats. Within 24 hours of its January 20 premiere, 1.2 million unique visitors logged on to DisneyChannel.com—the most ever for the site at the time. On March 14, 2006, it became the first made-for-TV musical to premiere on the iTunes Music Store. The movie’s soundtrack, featuring memorable songs such as “Breaking Free” and “We’re All in This Together,” was certified Platinum and rose to No. 1 on the Billboard Top 200 album chart—the first-ever TV movie soundtrack to do so. It also received the Billboard Music Award for Soundtrack of the Year, and won Primetime Emmys® for Outstanding Children’s Program and Outstanding Choreography.

Fifteen years after its initial bow, High School Musical still proves to be a cultural phenomenon, regularly reaching newer audiences. In 2019, High School Musical: The Musical: The Series was released on Disney+, following the “real” students of East High as they put on their own production of the beloved movie. Although the faces are now different and the stories new, the series celebrates the same spirit of togetherness and importance of courage to be one’s authentic self in high school—the very sentiments that first touched our hearts more than a decade ago. This iconic movie is streaming now on Disney+.

The Best Magic Kingdom Resturant Youve Probably Bever Been To