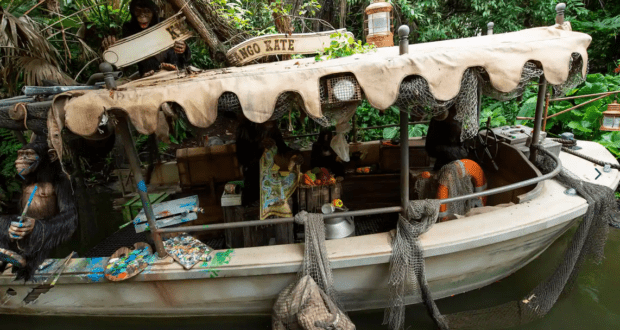 Have You Noticed These Details on the Jungle Cruise?

One of the most iconic attractions at the Walt Disney World Resort is the world famous Jungle Cruise which can be found in the heart of the Magic Kingdom’s Adventureland. This beloved attraction brings Guests back in time for an exotic journey down some of the most beautiful and mysterious rivers in the world and even has sister versions in the Disneyland Resort, Tokyo Disneyland, and Hong Kong Disneyland. 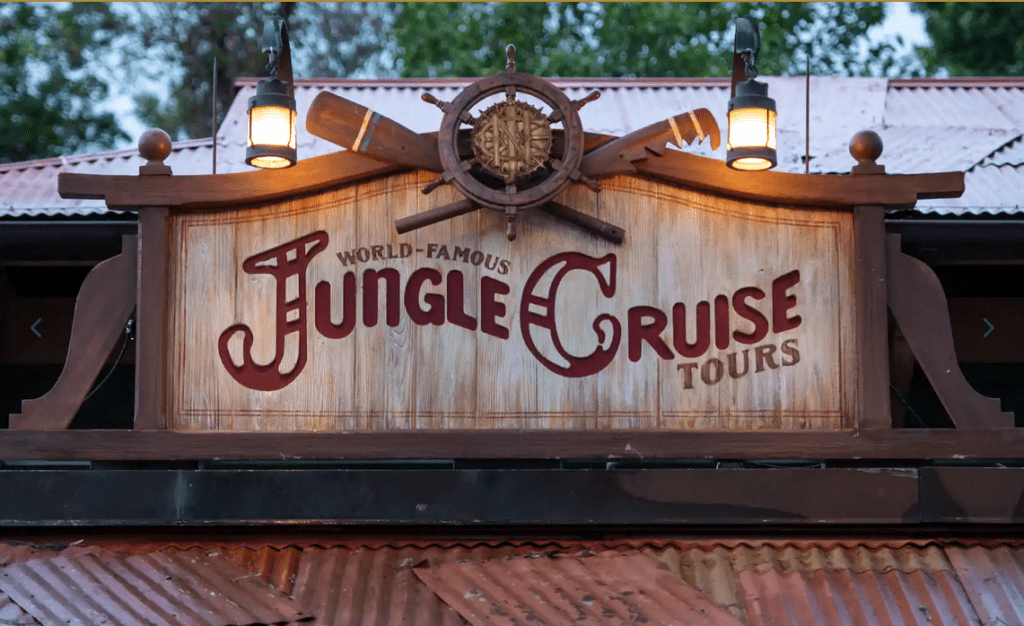 Many Guests consider the Jungle Cruise to be a must do on any visit to the Magic Kingdom, and who can blame them with memorable scenes including favorite animals and the unforgettable back side of water, all set perfectly to groan worthy jokes from the skippers. While many Guests love to enjoy a ride on the Jungle Cruise, there are many small details that often go unnoticed. Be sure to slow down and check out these amazing details on your next visit to the Jungle Cruise in Walt Disney World! 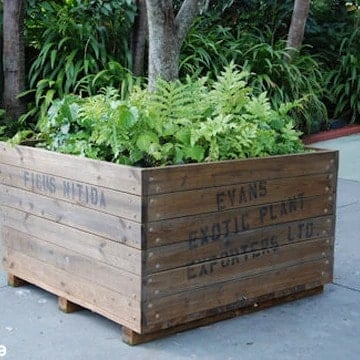 When the Jungle Cruise was originally being conceptualized and constructed for the opening of the Disneyland Resort in 1955, there was one Imagineer and landscape architect who was given the monumental task of recreating lush jungles from around the world in the middle of Southern California. Bill Evans more than fulfilled this role by getting creative and using unique techniques like planting orange trees upside down so that their roots would mimic authentic jungle growth. Evans’ work was obviously a huge success and he was again tasked with the same job when the Jungle Cruise was being constructed for Walt Disney World’s opening in 1971. To honor his legacy, Guests today can spot a large planter in the plaza in front of the attraction which features a crate advertising Evans Exotic Plant Exporters Ltd. 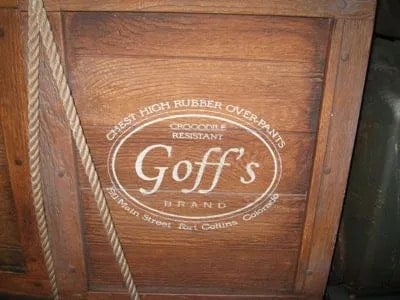 Another Imagineer who was instrumental in the development and creation of the Jungle Cruise was Harper Goff who took great inspiration from the art direction of the film The African Queen. Goff was the driving artistic force behind the overall theming and feel of the Jungle Cruise, and he can even been seen in The Imagineering Story on Disney+ driving an actual car through the dug out trenches that represented where the river for the attraction would ultimately be placed. Similar to Bill Evans, Harper Goff is honored today with a crate that advertises “Crocodile Resistant Goff’s Brand” with an address on Main Street in Fort Collins, Colorado also paying homage to the town that he was born in. 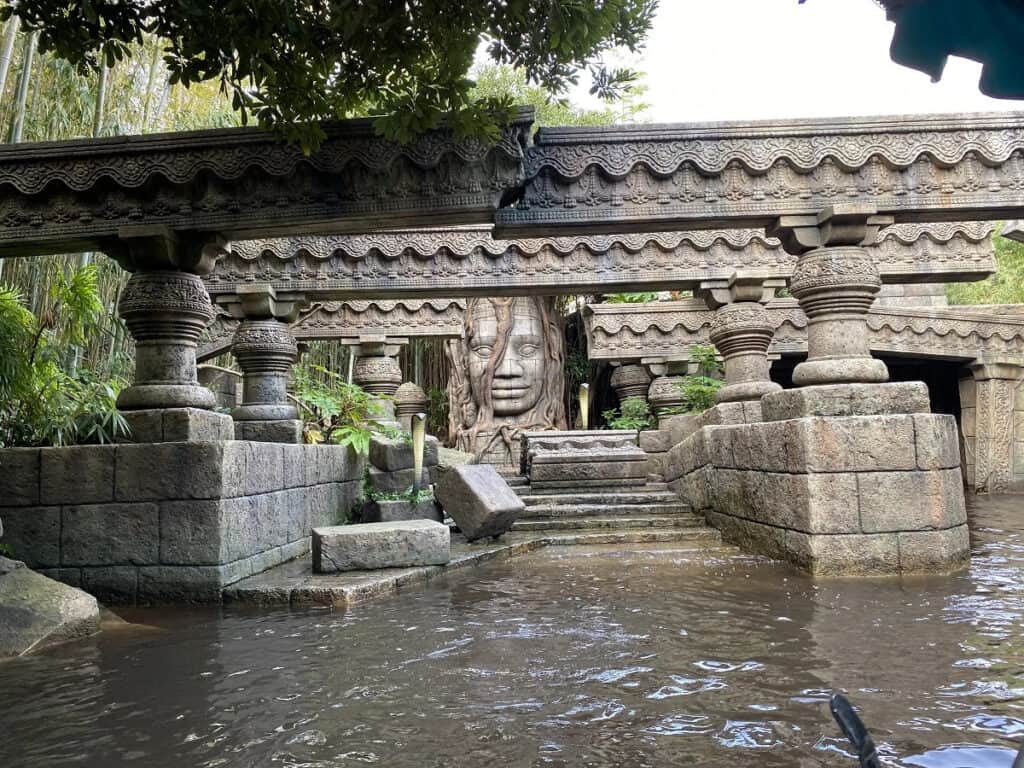 A suspenseful moment of the Jungle Cruise is when each boat plunges into near darkness inside of an ancient temple that looks as though it is partially collapsed due to time and neglect. The Shir Lee Temple (groan!) features hidden riches, a menacing tiger, playful monkeys, and a Hidden Minnie that is very hard to spot. Just before exiting the temple, Guests should look to the left hand side of the boat where they can spot a series of stone pillars, one of which features a large portion of rock that has crumbled away. The eroded rockwork actually forms a Hidden Minnie featuring her large bow and head tilted slightly to the side so that her nose is visible. This Hidden Minnie can be very hard to spot, but once Guests see it they will never miss it again! 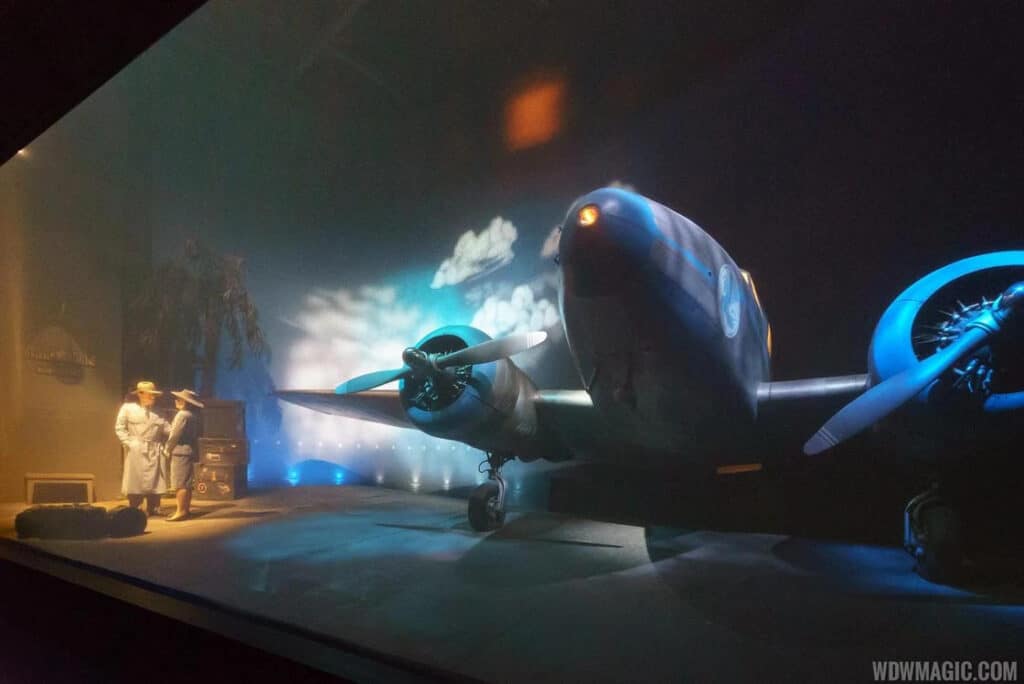 Just before getting to the world famous backside of water found at Schweitzer Falls, the Jungle Cruise boats glide past a crashed plane along the banks of the right hand side of the river. The plane has obviously been there for a long period of time as the lush jungle has started to grow around it, and only the back half can be seen leading to the mystery of where the front ended up. While, thanks to Imagineering’s resourcefulness, the front half of the plane was previously featured in the Casablanca scene of the Great Movie Ride which ran on the end of Hollywood Boulevard in Disney’s Hollywood Studios until 2017 when it closed to make way for Mickey & Mickey’s Runaway Railway. 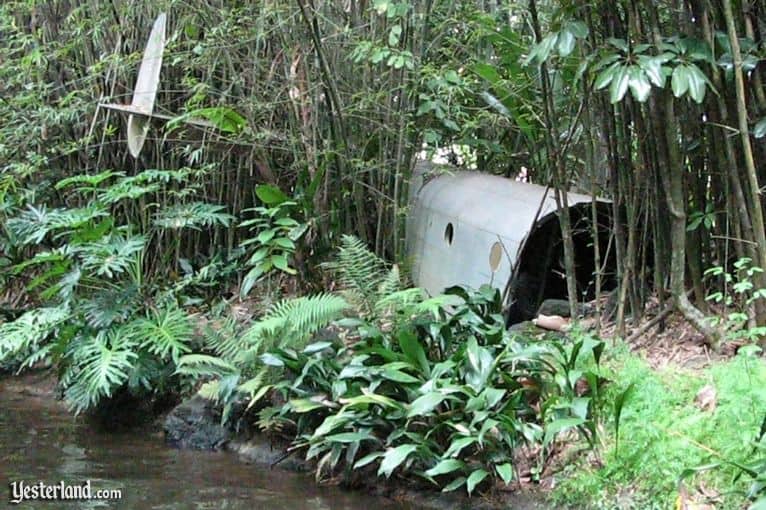 Guests who look closely at the rear half of the crashed plane as they move past can also spot a Hidden Mickey formed by three small dents in the siding of the plane. The three circles come together to form a classic Hidden Mickey which is more easily spotted at certain times of the day when the shadows help to showcase their depth. 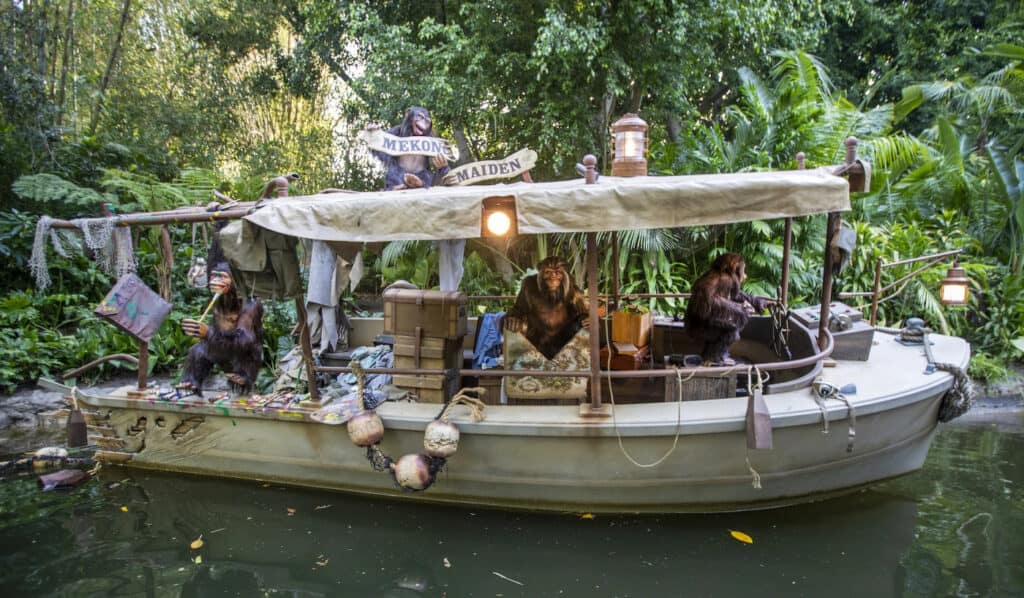 While all of the boats at the Jungle Cruise look the same, each features its own unique name that plays with alliteration and pairs a woman’s name with a river from around the world. Guests should be on the lookout for boats named Congo Connie, Nile Nellie, Ganges Gertie, Senegal Sal, Orinoco Ida, Irrawaddy Irma, Wamba Wanda, and more. 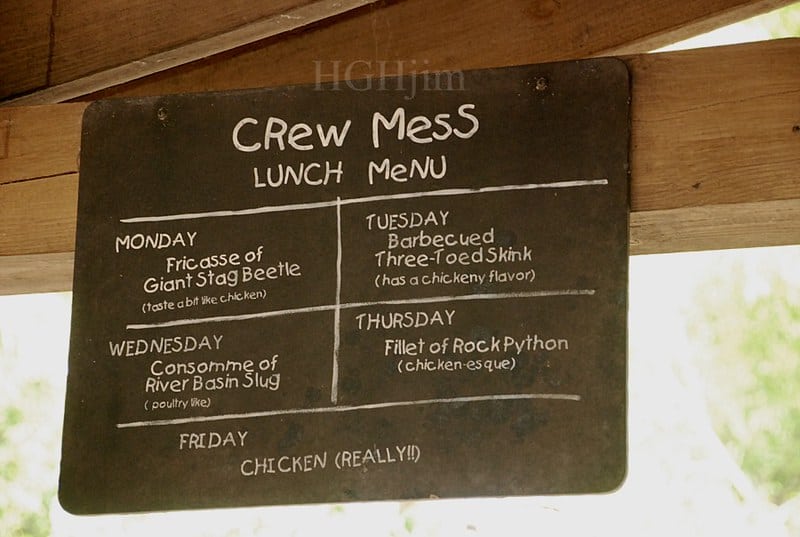 A great detail that often goes overlooked on the Jungle Cruise due to its location right at the loading dock is a humorous sign displaying the Crew Mess Lunch Menu for the week. Guests who do take the time to check out the menu will certainly feel sorry for the Jungle Cruise skippers who are ‘treated’ to items like Barbecued Three-Toed Skink, Filet of Rock Python, Consomme of River Basin Slug, and Fricassee of Giant Stag Beetle. The chef obviously is at least trying to help make things slightly better by advertising the meals as “poultry like,” “chicken-esque,” and “tastes a bit like chicken.” Thankfully the skippers are finally treated to actual chicken on Fridays and the joke even makes the jump over to the nearby Jungle Navigation Co. LTD Skipper Canteen where an entrée option is “Tastes like Chicken” Because it is!