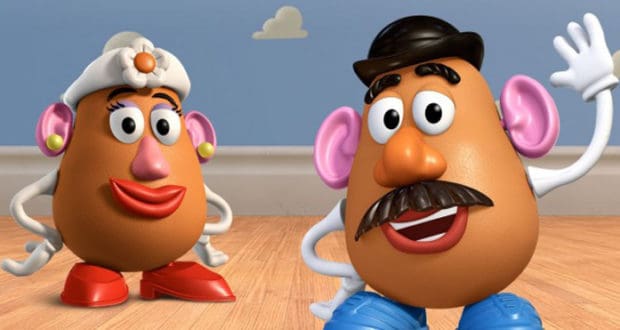 Hasbro Drops the “Mr.” From the “Mr. Potato Head” Brand

The classic Mr. Potato Head toy is getting a shift in titles. In an effort to promote inclusivity, Hasbro announced that it would be dropping the “Mr.” title from the brand’s name “to better reflect the full line.”

As reported by CBSNews: Hasbro said that an upcoming playset will not feature Mr. and Mrs. designations, allowing kids to create their own potato families with two moms or two dads, a “celebration of the many faces of families.”

“Potato Head has provided endless creative possibilities to our preschoolers for almost 70 years and will continue to do so,” Hasbro said. “The possibilities to create your own families are endless with mixing and mashing all the parts and pieces.”

After much confusion, Hasbro clarified that the characters themselves will still feature the gendered titles — just less prominently. The brand itself will not. Check out their tweet below:

The toy first launched 70 years ago — when kids had to supply their own actual potato to play with.