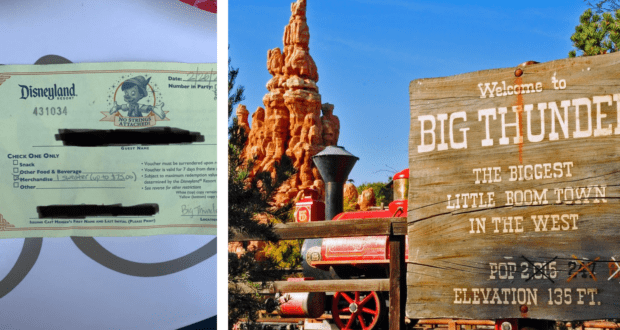 These are just a few of the ingredients that make up an exciting and thrilling roller coaster experience. Disney Parks feature roller coasters for every type of coaster fan. For kids, there’s the Barnstormer at Magic Kingdom at Walt Disney World. For the thrill-of-it-all coaster junkies, there are options like the IncrediCoaster at Disneyland Resort in California. 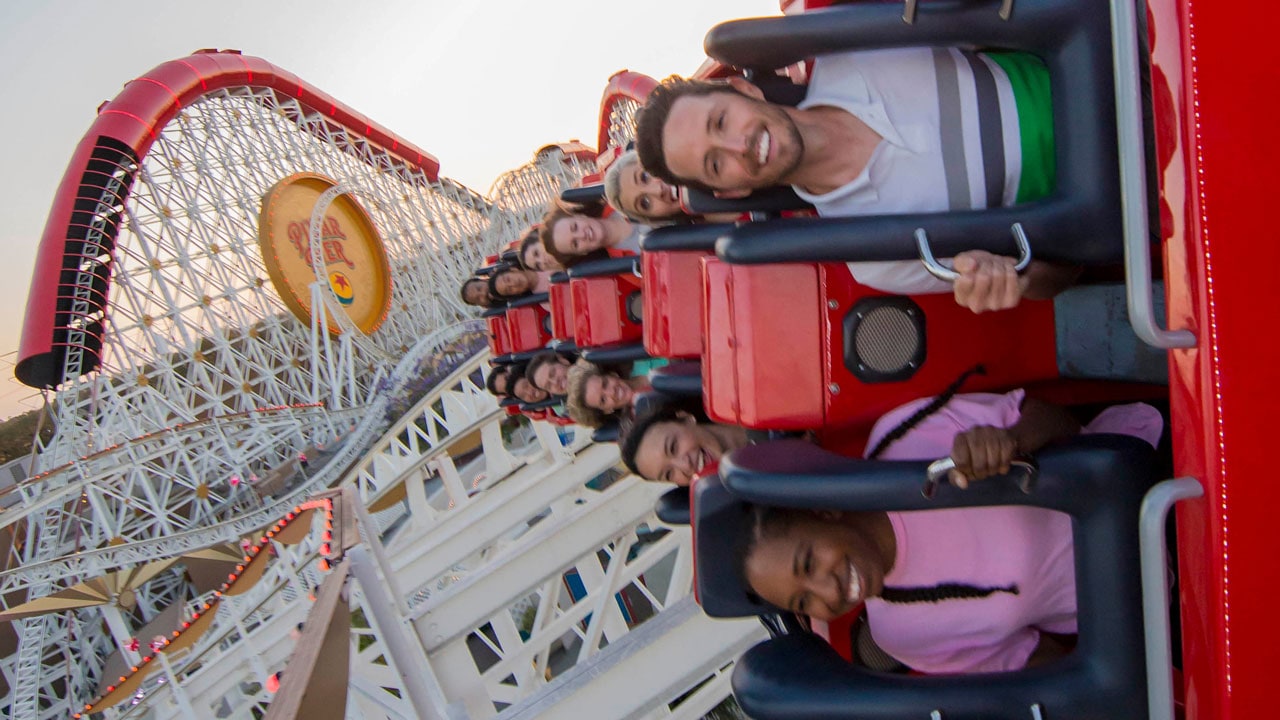 For those in between, there are options like Big Thunder Mountain Railroad at both U. S. Disney Parks. 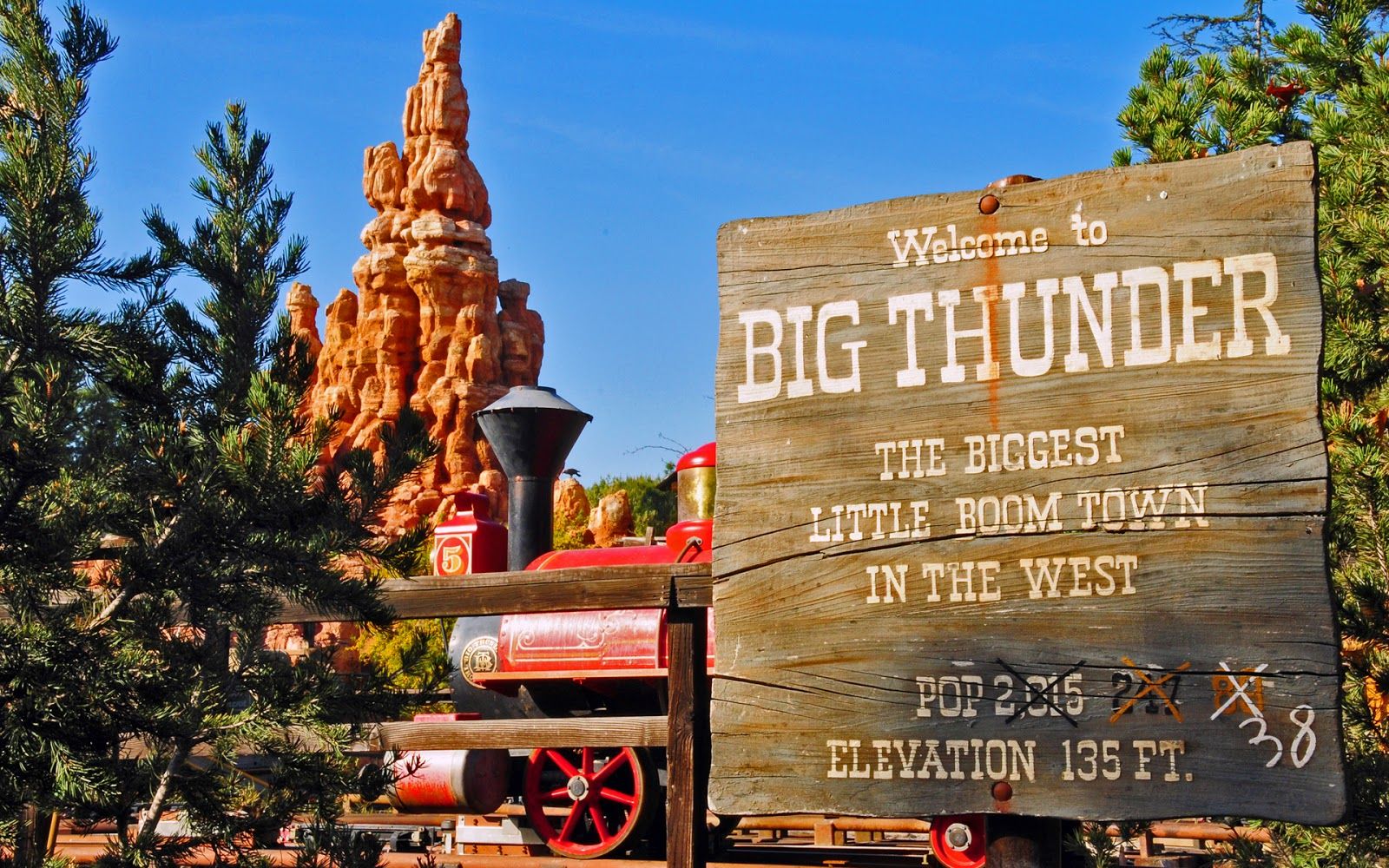 Earlier this week, one of those in-betweeners got to experience what happens when a Guest rides a coaster and it doesn’t, uh, go well. Redditor u/lucky_charms_ posted a photo of a “No strings attached” Disneyland voucher, good for a free sweater at a Disneyland retail location. 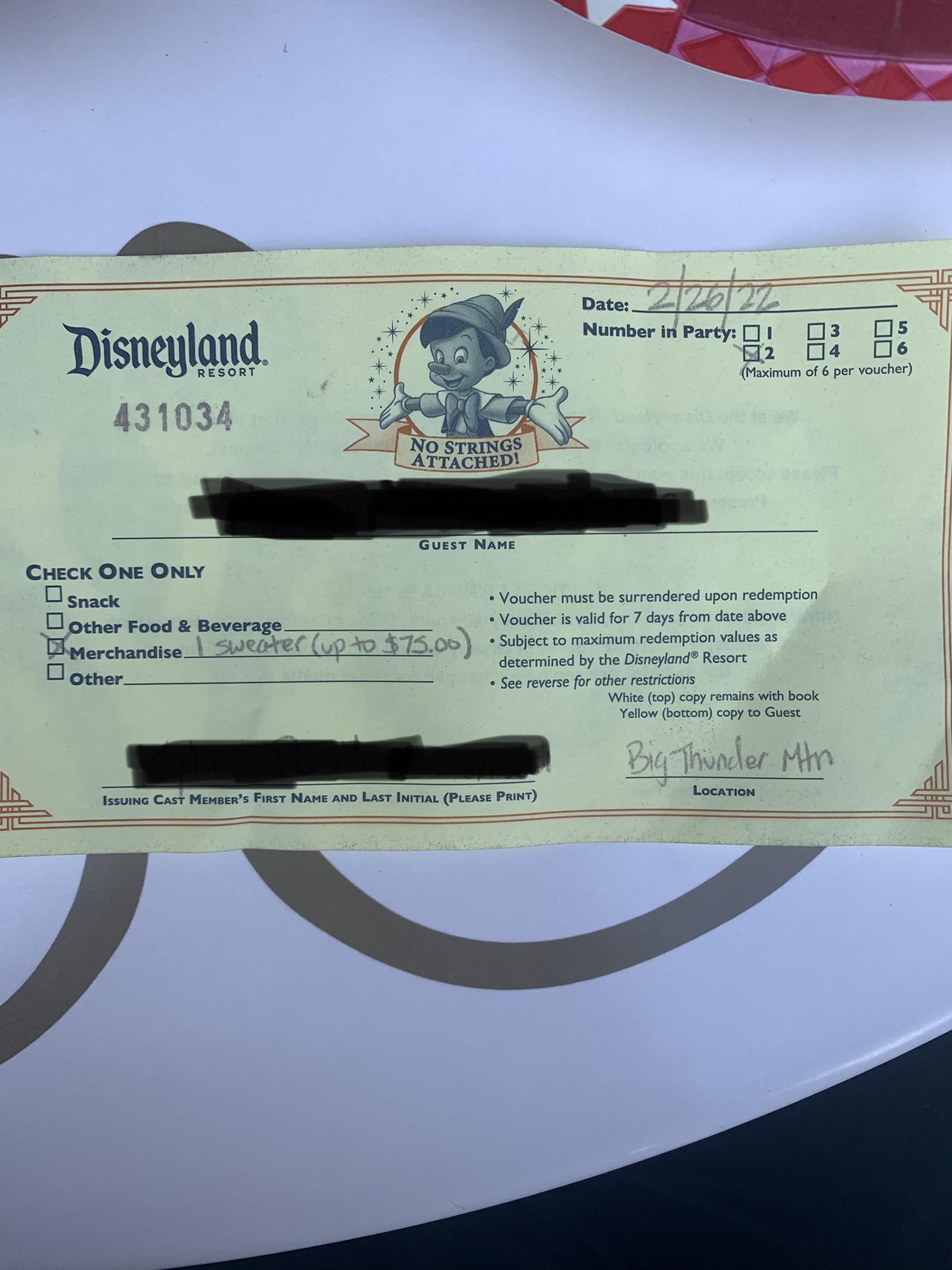 What does this certificate have to do with a coaster, you ask?

It seems this Guest boarded the ride vehicle at Big Thunder Mountain at Disneyland on Sunday and had no idea what was about to happen. According to the post from the Guest, says someone on the train behind him got very ill during the ride. As the train made its way up the first hill and Guests were anticipating the thrill of the coaster, the Guest noticed something, but wasn’t sure exactly what it was.

What was that feeling?

It felt like being hit with something. But it didn’t end there. As the ride vehicle approached the final drop of the experience, the same thing happened again. The Guest had the feeling of being hit again. It wasn’t until after Guests began to disembark the ride vehicle that this Guest finally discovered what had happened. 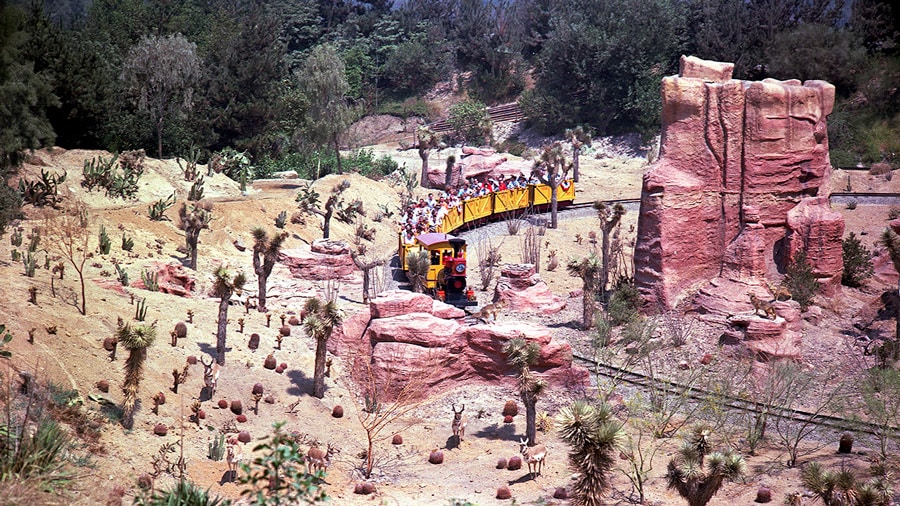 Someone in a train car behind the Guest had become ill while riding Big Thunder Mountain. Sadly, the other Guest became ill to the point of vomiting, and had vomited on the Guest (who posted to Reddit) not once, but twice during the ride.

(It’s probably one of the only things a Guest doesn’t plan for on a trip to the parks.)

The Guest quickly approached a Cast Member to explain what had happened. They couldn’t walk around Disneyland with vomit all over their sweater for the remainder of the day. Immediately, the Cast Member handed the Guest a “No strings attached” certificate, good for use on the purchase of a new sweater, up to $75 in value.

RELATED: Guest is escorted away by Cast Member for wearing inappropriate clothing at EPCOT

“Somebody’s puke sprayed on me twice during the ride = free Disney merch. Almost ashamed to say it was worth it.”

Here’s hoping this never happens to you, but at least now you know how Disney Parks handle things when a Guest is vomited on–just in case you ever need to know.