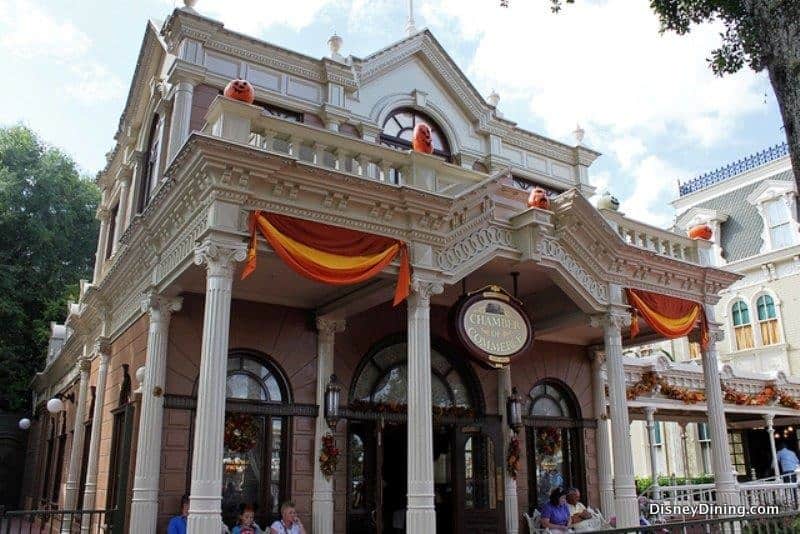 Did you ever want to peek behind the walls of the Magic Kingdom? Or sneak below the sidewalks and attractions into the secret hallowed halls of the world-famous “utilidors”? If you ever wanted to do these things, and do them legally, then there are only two ways to do so: either become a Magic Kingdom cast member OR take a one-of-a-kind, five-hour walking tour of the park, aptly called The Keys to the Kingdom Tour!

The Keys to the Kingdom Tour is not only an in-depth tour of the Magic Kingdom, but also a tribute to the man behind the mouse: Walt Disney.  You can sign up for the tour online, or though the concierge at your Walt Disney World hotel.  Whereas some Walt Disney World tours meet in the afternoon, this tour is an early morning tour.  You’ll be given your exact tour time once you finalize your reservations.  If you can, plan your tour for a day where the Magic Kingdom does not have early morning extra magic hours and request an 8 a.m. or 8:30 a.m. tour start.  This will allow you to enter the Magic Kingdom before the park opens for the day – and believe me, the Magic Kingdom in the early morning is a sight to behold!  The sidewalks on Main Street and the hub are practically empty and it is an excellent time for unobstructed photos of Cinderella’s Castle.  An added bonus is that the PhotoPass photographers are already out and taking pictures so you’ll be able to have a great photo of you and your tour companions in front of the castle without a million other people behind you.  My husband and I took this tour while we were celebrating our Honeymoon.  While it was definitely a splurge on an all around special trip to Walt Disney World, this tour is a special occasion in and of itself.

We arrived for the tour about 30 minutes before our meeting time. We checked in for the tour in the Chamber of Commerce Building, which is the first building on the left when you enter the park.  After checking in, we selected our lunch choices for our included meal at Columbia Harbor House in Liberty Square.  Then we were handed name tags and ear pieces that would allow for us to hear our tour guide as we walked throughout the park, offered water and coffee, and told to meet back at the statue of Roy and Minnie in about twenty minutes.

At 8:30 we returned to the Chamber of Commerce Building to meet our amazing tour guide, Claire.  She gave us the agenda for our tour, and helped us get to know our fellow tour mates through a fun series of Disney trivia questions.  After we each had won a Mickey sticker, Claire started us off on the tour.

The tour started on Main Street U.S.A.  Claire explained to us the importance of the windows on the buildings lining Main Street and their place in the history of the establishment of Walt Disney World.  Then Claire presented the group with the opportunity we had all been waiting for.  After walking through Emporium, we walked through a door in the back of the store and entered backstage!  From there we descended a set of stairs and entered the world famous utilidoors!  Claire explained to us the history of the Utilidoors and the purpose they serve in keeping the Magic Kingdom in shipshape.  It was quite an honor to be granted access to these hallowed halls.

After we exited the Utilidoors, we continued our tour in Adventureland.  While we walked from place to place, Claire very entertainingly pointed out exciting tidbits of trivia of nearly everything around us.  Then we rested at Tortuga Tavern while hearing the history of the Pirates of the Caribbean attraction.  The next big stop on our tour was another view of backstage and the enormous tank that holds the water for Splash Mountain.  The tank was unlike anything I had ever seen and it was interesting to learn that the ride is drained nightly for maintenance.  From Frontierland, we headed to Liberty Square for our included lunch at Columbia Harbor House.  During lunch, there was a little ceremony where we all received our “Keys to the Kingdom.”

The final part of the tour was, in my opinion, the best.  While standing in Liberty Square, we received quite an extensive history lesson in Disney Imagineering and the development of the Haunted Mansion and other historical Disney rides.  I was excited when we got to ride the Haunted Mansion as the final highlight of our tour.  After we excited the ride, and learned some secrets regarding the pet cemetery in the exit area, we happily walked down Main Street to return to the Chamber of Commerce building to say goodbye to our new friends and wonderful tour guide.

I would recommend that everyone with a penchant for the Walt Disney World, or a general interest in the making of the Magic Kingdom, take this tour at least once.  It was exciting to see areas of the park closed off to regular ticket holders and to hear about the history of the magic of Disney.  However, it was disappointing to find out that the tour does not include a behind the scenes look at Fantasyland or Tommorowland.  Even still, the parts of the park we visited were explained expertly and the tour was professionally managed.  It was a dream come true to visit backstage and to share my passion for Walt Disney World with others who feel the same way. 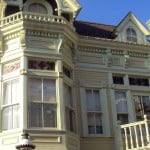 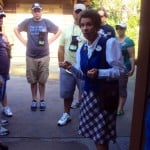 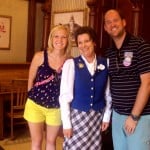 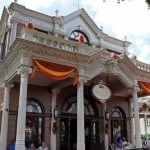 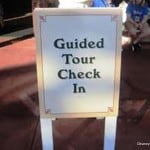