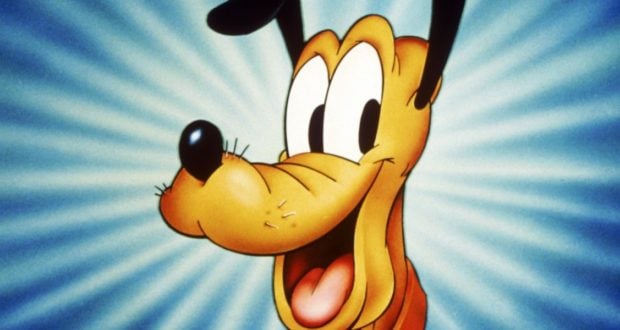 When you think about Disney characters many people first picture Mickey and Minnie, but there are so many more. From princesses, to villains, to heroes, there are dozens if not hundreds of classic Disney characters. In this article we are going to highlight Pluto. Here are some fun facts that you may or may not know about Pluto.

Pluto is Mickey’s pet. Just like many of you have a pet dog at home, Mickey does as well. Dogs are man’s best friend so they can be a mouse’s best friend as well. Some people are confused as to why Pluto is a dog who is a pet, while Goofy is a dog who has human characteristics. There is no definitive answer on that, only Walt Disney knew for sure. Some of the inspiration for Pluto came from the dogs that Disney knew while growing up in Marceline, Missouri.

Pluto was created in 1930 at Walt Disney Productions. Before he was the adorable Pluto we all love he was a nameless bloodhound tracking the escaped convict Mickey in the film “The Chain Gang”. The film was just under eight minutes long. It was filmed in black and white, but later it was colorized. In “The Chain Gang” he did not have a name. Later in the same year “Rover” appeared in the short “The Picnic”. His next appearance was in 1931 and the short film “The Moose Hunt”. This was when he was finally called Pluto. He is also sometimes referred to as Pluto the Pup. He received his name around the same time as the (then) planet, although it is unclear if Walt Disney did that on purpose to capitalize on the publicity.

Since Pluto is a pet instead of being human-like he does not usually speak. He is meant to be the sweet lovable dog that we all know. The only speaking role he had was in the 1931 short film “The Moose Hunt”, where he said to Mickey “kiss me”. It was decided to not have Pluto speak for the sake of a laugh again. His inner thoughts were heard in “Mickey’s Kangaroo”. Pluto does laugh and occasionally make a noise that sounds a lot like “yeah, yeah”, but for the most part he is supposed to be like any other dog.

We all know that Pluto is Mickey’s pet, but did you know he first belonged to Minnie Mouse? In “The Picnic” he belonged to Minnie, not Mickey. He was called Rover in the short. (Fun fact, Rover so also the name of the family dog in Carousel of Progress.) By his third appearance in “The Moose Hunt”, he became Pluto, the pet of Mickey Mouse.

Even though Pluto doesn’t speak there are still voice actors that bring his personality to life. He has been voiced by Pinto Colvig, Clarence Nash, Lee Millar, Paul Frees and Bill Farmer. Farmer has been the voice of Pluto since 1990, and remains so today. Ironically, Farmer is not the only voice actor who has portrayed both Pluto and Goofy.

We can’t forget to talk about Pluto’s family. He has a son named Pluto Junior and a brother named K.B. Pluto’s first starring role was in “Pluto’s Quin-Puplets”, in which he and Mrs. Pluto became the parents of five. Mrs. Pluto was Fifi the Pekinese, although Pluto did also have eyes for Dinah the Dachshund.

Pluto is the star of 48 of his own cartoons. That does not include the numerous appearances in shorts that center around Mickey and Minnie. Pluto also has appeared with Donald Duck. Mickey’s pet is also a favorite when it comes to comics. His first featured comic was “Pluto Saves the Ship” in 1942. During World War II Pluto was the official mascot for Disney-designed military insignia. In 1942 Pluto won a Boscar at the Academy Awards, “for being the most promising dog actor of the year”, according to D23. Pluto has not only been a star of the big screen, he is a television star as well. He has been appearing on the small screen since the original “The Mickey Mouse Club”. He continues to be a television star to this day on Disney Jr. Fame hasn’t changed Pluto, he’s still the same fun loving, loyal pup that he’s always been.

Are you planning on making a trip to Walt Disney World anytime soon? If so, make sure you check out Mickey & Minnie’s Runaway Railway. The main story is that Mickey and Minnie get caught up in a cartoon adventure while trying to go on a picnic, but Pluto has his own story. In the opening movie, Mickey and Minnie become separated from the pup, and Pluto has the picnic basket. In each scene during the ride Pluto makes an appearance, trying to catch up to them. You’ll just have to ride for yourself to see how it all turns out.