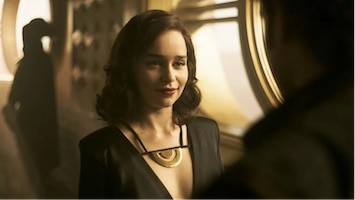 Speaking to IGN, Soule hinted at what fans can expect from Crimson Reign, a story that will focus on the Crimson Dawn and Qi’ra, who fans may recognize as Emilia Clarke’s character from Solo: A Star Wars Story.

It sounds like a lot of characters will return in this series which is exciting. “From the moment I took the gig writing Star Wars, I wanted to do new things in the Star Wars timeline between Episodes V and VI, using new characters from all eras of the galaxy far, far away,” Soule told IGN. “Everything and everyone is fair game, and I think people are really going to enjoy it. Await the Reign.”