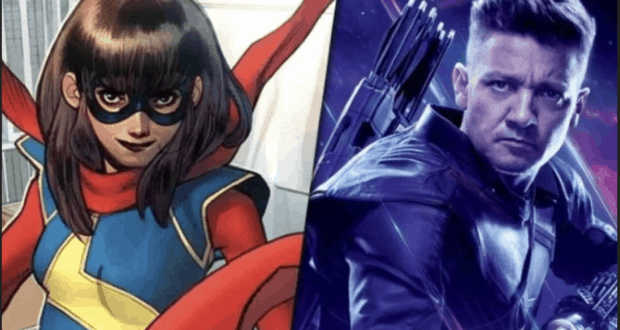 Marvel’s Executive VP of Film Production Victoria Alonso has confirmed that both Hawkeye and Ms. Marvel are indeed coming out before the end of the year. This in addition to what we know regarding What If?, Shang-Chi and the Legend of the Ten Rings, Eternals, and Spider-Man: No Way Home still to come this year.

We are assuming that which ever of the two will be first will be dropped following the wrap-up of What If? just as we saw The Falcon and the Winter Soldier quickly after WandaVision.

Hawkeye will follow Clint Barton a.k.a Hawkeye, as he meets and trains a young new archer named Kate Bishop to take over his mantle and what it means to be a hero.

Which one of these are you the most excited about?