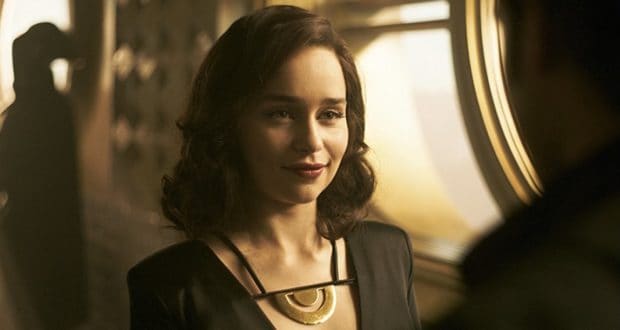 Ever since starring as Qi’ra in Solo: A Star Wars Story, Emilia Clarke says she has “pages” of ideas when it comes to the backstory of the character. There is a lot that isn’t known about Qi’ra’s history and past and the end of Solo made it seem like there was more to be told.

“I really had pages about what her life was and what it would be afterwards,” Clarke confirmed with The Hollywood Reporter. “But I’m afraid I’ve heard nothing of that being the case, so maybe I’ll just write it and send it to [Lucasfilm]. I’ll be like, ‘Hey guys, I’ve got a few ideas.’”

Clarke feels that Qi’ra is the character she has played that has unfinished business.

“It means so much,” Clarke revealed to ComicBook.com about the character’s return. “It means the absolute world. I know her backstory. I know her history. Maybe the movie didn’t get to go there, but that was such an honor and a privilege to be part of that universe as an actor. So then, to see the character actually be taken on to the origin of all of it — bringing it on home to the family in that way — cemented it in a way. I was not expecting to feel as moved as I was by that.”

Are you wanting to see more of Qi’ra in the future?