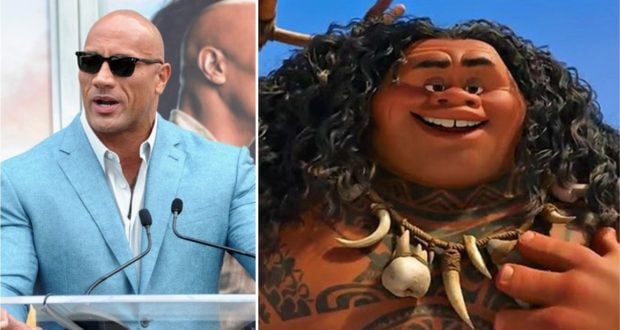 Dwayne “the Rock” Johnson for President in 2024?

Interesting news, Disney fans! While most people think of Dwayne Johnson as “the Rock”, our minds immediately go to Moana. Johnson played the incredible character, Maui, a demigod. Well, while Johnson’s popularity soars, a recent study is showing 46% of Americans are in support of Johnson for President in 2024.

Dwayne Johnson took to social media as shared via @therock: “Humbling. I don’t think our Founding Fathers EVER envisioned a six-four, bald, tattooed, half-Black, half-Samoan, tequila drinking, pick up truck driving, fanny pack wearing guy joining their club – but if it ever happens it’d be my honor to serve you, the people.”

As reported by Newsweek: “At least 46 percent of Americans would support a presidential run from Dwayne “the Rock” Johnson, according to a new poll. The actor and former professional wrestler has hinted that could be a 2024 candidate for several years. A poll released on Tuesday by Piplsay suggests that nearly half of all U.S. adults would support his candidacy. The poll found that 29 percent would support campaigns by both Johnson for president and actor Matthew McConaughey for Texas governor, with another 17 percent supporting Johnson’s run only. The poll was conducted online among 30,138 adults between April 2 and April 4. No margin of error was listed.”

What are your thoughts? Would you like to see Johnson run for President in 2024? I guess if he won, all he could say is “you’re welcome”!