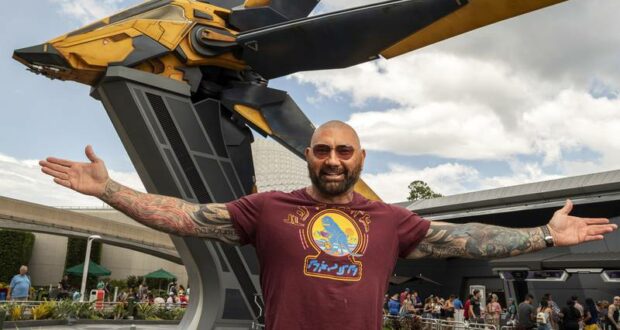 How cool would it be to be able to be a part of a Disney ride? That’s the ultimate dream for any Disney fan honestly. Put me in a Disney ride and honestly that would just be it for me. I will have achieved peak life satisfaction. Former pro-wrestler turned actor Dave Bautista knows this thrill.

On May 27, 2022 EPCOT’s newest ride (and first ever roller-coaster) opened and fans have been raving about it ever since. The much anticipated Guardians of the Galaxy: Cosmic Rewind took the place of Ellen’s Energy Adventure and has been taking guests on a twisty turny adventure through space since it opened.  Fun fact: coming in at 500 million dollars,  Guardians of the Galaxy: Cosmic Rewind is the most expensive roller-coaster ever built! 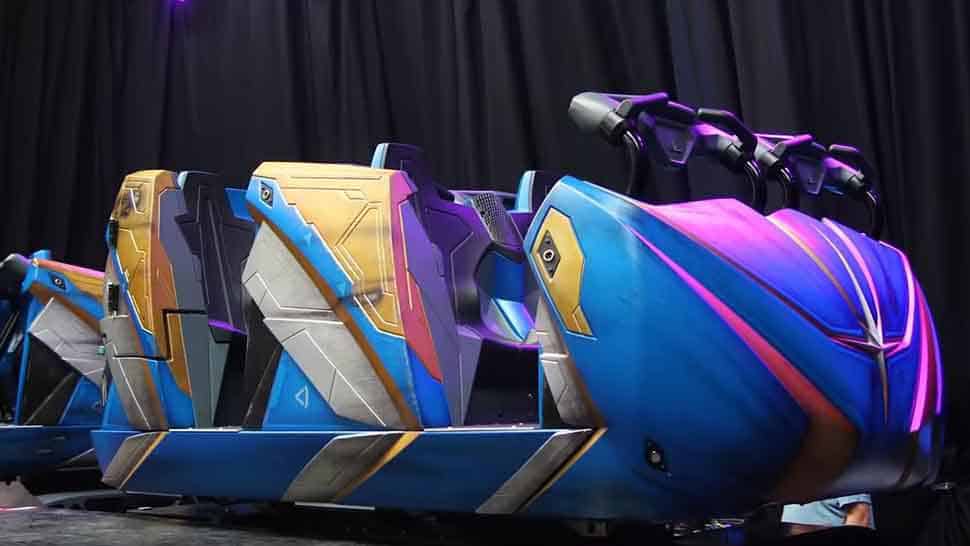 Recently Bautista, who played Drax the Destroyer in Guardians of the Galaxy, visited the attraction himself to check it out. So how’d he like it? He told the Orlando Sentinel, ““It was crazy. I’ve never been on anything like it. I could hear my lines. … ‘I don’t do well with milk’ … It was the silliest line, and it was perfect.” So there you have it: Drax tested, Drax approved.

Disney Parks caught up with him while he was there and talked to him about the coaster and filmed a new ad for the massive coaster. Check it out:

The coaster does employ the same virtual queue that has become popular with new Disney Rides. We first saw it with Rise of the Resistance and then with Remy’s Ratatouille Adventure, so if a spin through the galaxy is on your agenda, make sure you have your app ready to go because despite being a couple months old now, the popular coaster is still hard to get a pass for.

Have you ridden the new coaster yet? Let us know what you thought about it in the comments