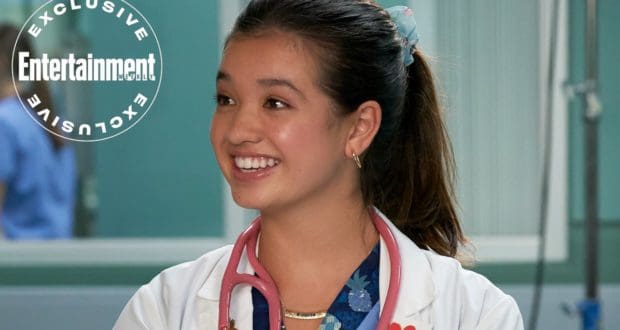 We are thrilled to hear about a reboot coming Disney+ based on the ABC series Doogie Howser MD called Doogie Kameāloha MD. The show will focus in on 16-year-old Lahela “Doogie” Kameāloha who is juggling a budding medical career and life as a teenager at the same time. The show will be coming to Disney+ in September and will have 10 episodes.

Star Peyton Elizabeth Lee shared some information regarding the show to Entertainment Weekly.

Lee also shared what was difficult about this role as a medical doctor:

It’s always very important to me to try as much as I can to pull from real life experience and portray these events as authentically as I can, and so when there were scenes about me going into surgery or performing these procedures, I had no real-life experience to pull from or anything even close to the situations that Lahela was in, so I would say that was the biggest challenge. It was really important to me that when you watch the show you believe that she’s a doctor, you buy into this idea of a 16-year-old doctor and it not seeming ridiculous. We had a doctor on set anytime we were shooting hospital scenes, and I would just drill lines with him and go through the procedures with him and we would watch videos and he would show me how he did things and what these words even meant to really create the most authentic portrayal of what it would be like if there was a 16-year-old doctor.

Will you be tuning into see “Doogie Kameāloha, M.D”?
Source: whatsondisneyplus