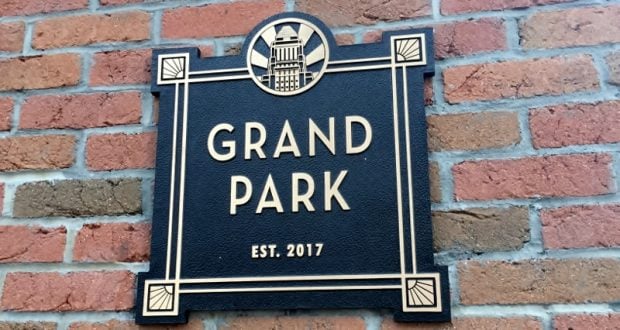 There has been a lot of talk lately among Disney fans about Disney’s Hollywood Studios. Much of it has to do with all of the changes that have been taking place over the past few years. Construction for two new lands, saying goodbye to the Great Movie Ride, the Sorcerer Hat is gone, and it has been said that the name of the park will soon be changed. Many fans think that Disney’s Hollywood Studios is no longer worth visiting. In my opinion, they couldn’t be more wrong! Here are seven amazing places at the park, and what you’ll find in each area.

One of the most important exhibitions at Walt Disney World can be found in Animation Courtyard. Walt Disney Presents (formerly Walt Disney: One Man’s Dream) has recently undergone some changes! Walt Disney Presents continues to offer guests a chance to view the history of Walt, but now has the addition of a space for guests to preview what’s on the horizon. Models such as the Toy Story Land, Star Wars: Galaxy’s Edge, and even Mickey and Minnie’s Runaway Railway attraction are available to preview. We’ve always loved this informative collection of memorabilia, designs, and historical models about Walt. Now we get to experience the past, present, and future of Walt Disney! It’s rarely crowded and provides a great way to cool off as it is totally air-conditioned. Animation Courtyard also holds great shows like Voyage of the Little Mermaid and Disney Junior – Live on Stage. Plus, let’s not forget about the shopping and character meet and greets at Star Wars Launch Bay. Finally at night, Star Wars a Galactic Spectacular lights up the sky with fireworks and amazing projection can be see on the Chinese Theater.

There are two very different restaurants located in this area of the park. ABC Commissary is a counter service option that features burgers, fish, salad, and other choices. Sci-Fi Dine-In Theater Restaurant is one of the most unique table service restaurants at Walt Disney World. Your table is shaped like a car, and you’ll watch movie trailers from the 1950’s at the front of the restaurant. You can also visit Mickey and Minnie Starring in Red Carpet Dreams. This is your chance to meet Sorcerer Mickey! Mickey sports his classic Fantasia outfit while Minnie is dazzling in her red carpet best. We love this spot for great photos, autographs, and typically short wait times.

A new avenue that took over the former Streets of America and renamed Muppet Courtyard… now called Grand Park. For a leisurely meal make a reservation at Mama Melrose’s Ristorante Italiano. You can also enjoy the quick service restaurant called PizzeRizzo. Sit back and relax at the Baseline Tap House with great drinks and simple lounge snacks. Of course, you won’t want to forget to visit the beloved Muppet Vision 3D attraction!

One of the most popular family rides at Walt Disney World is found in Pixar Place. Toy Story Mania allows guests to play carnival style games with the help of Toy Story characters. You can also meet Woody and Buzz in the area, and keep your eyes open for Green Army Men. If you want something refreshing before getting in line, Hey Howdy Hey Take Away sells frozen carbonated beverages and other snacks.

You can’t miss Echo Lake. It has both a ship and a dinosaur in the water. It’s also where you will find Star Tours – The Adventures Continue, which will take you deep into the Star Wars universe. Also at Echo Lake is Indiana Jones Epic Stunt Spectacular!. It’s a live show that recreates scenes from the movie and then shows you how they’re done. For the First Time in Forever: A Frozen Sing-Along Celebration is an amazing show not to be missed. Echo Lake also has some great dining options. 50’s Prime Time Cafe is a restaurant where role playing from the 1950’s is part of the fun. Hollywood & Vine is a great character dining spot. You can also buy sandwiches, burgers, funnel cakes, and more at the Echo Lake eateries. Remember the dinosaur that was mentioned earlier? That’s Gertie, and she is an ice cream stand.

Hollywood Boulevard is where all the fun begins. There is plenty of shopping. Citizens of Hollywood provide live entertainment. Views of the Chinese Theater are amazing. The Hollywood Brown Derby will change your mind about theme park food! It is a recreation of the original Hollywood Brown Derby, and it features some of the same dishes. You’ll be transported to California while you dine.

If you love thrill rides, you’ll want to head immediately to Sunset Boulevard! Two of the best that Walt Disney World has to offer aren’t too far from each other. On Rock ‘n’ Roller Coaster Starring Aerosmith you’ll be going 60 MPH in just three seconds. Part of the fun is that it’s in the dark. With the Twilight Zone Tower of Terror you’ll drop 13 stories more than once. Since the ride sequence is random you’ll have no idea if you’ll be going up or down next. If you want to keep things a little bit calmer, watch Beauty and the Beast-Live on Stage. Stay until the end of the day for Fantasmic!. It’s the perfect ending to your day.

2015-07-21
PaulaK
Previous: 5 Things You Will Love about The Hollywood Brown Derby
Next: 10 Ways To Countdown To Your Walt Disney World Vacation