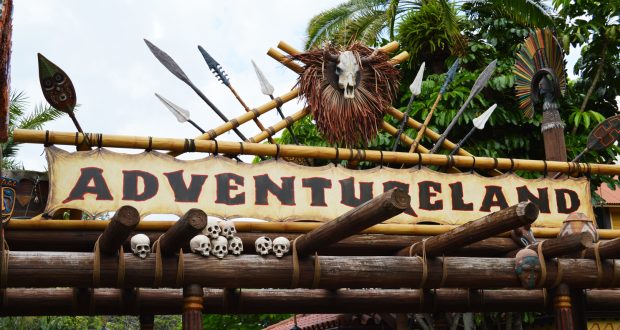 Do You Know These 6 Secrets About Disney’s Magic Kingdom?

Every Walt Disney World vacation is sure to be magical from start to finish as guests explore the four theme parks, two water parks, Disney Resorts, and Disney Springs. While every experience in Walt Disney World is amazing, no visit is complete without spending plenty of time in the Magic Kingdom. The first theme park to open in Walt Disney World in 1971, the Magic Kingdom is filled with countless amazing experiences and attractions which transport guests to places like the Hundred Acre Wood, outer space, the Wild West, and under the sea. With so many amazing experiences to enjoy, some guests in the Magic Kingdom might rush to enjoy as many attractions as possible and not take their time and soak up all of the amazing details which help to make the park so magical. Hidden in the details are many secrets and facts that are often overlooked by most guests. From special dates and hidden safety features to restricted areas and tributes, there are plenty of secrets to discover in the park. Let’s see if you know these six secrets about the Magic Kingdom in Walt Disney World.

Many guests who enjoy time in the Magic Kingdom might not realize that they are on the second floor of the park! The areas where guests walk around and enjoy attractions, shopping, and dining is actually the second floor thanks to a clever structural system found below. When building the park, Imagineers created a system of tunnels which act as the first floor of the Magic Kingdom which are only accessible to Cast Members. Combining utility and corridor, the Utilidors are a way for Cast Members to move from one area of the park without being seen by guests and also house facilities like sanitation, costuming, and more.

While walking down Main Street, guests might be preoccupied by the beautiful Cinderella Castle situated at the end and overlook some great details along the way. All of the buildings on Main Street feature windows above which advertise the names of townsfolk and local businesses. While the names may seem fictional, they pay tribute to some of the most prominent and important Cast Members who helped to create the Magic Kingdom. For example, a window honoring Walt Disney can be found above the Walt Disney World Railroad Station at the beginning of Main Street as Disney was an avid train enthusiast.

A popular attraction that is now extinct in the Magic Kingdom was Mr. Toad’s Wild Ride. The attraction was located in Fantasyland where The Many Adventures of Winnie the Pooh is now found and brought guests on a whirlwind drive with Mr. Toad behind the wheel, eventually landing them in hell. When the attraction closed, many guests were upset, however Imagineers created several tributes to the missing character. Over in Liberty Square, guests who enjoy a ride on the Haunted Mansion can check out a pet cemetery located on the left hand side of the exit walkway just before exiting out into Liberty Square through the gates. Found in the back left hand corner of the pet cemetery is a statue of Mr. Toad indicating that he is very much still present in the Magic Kingdom.

A classic attraction that dates back to the 1964 New York World’s Fair can be found in the heart of Tomorrowland. Walt Disney’s Carousel of Progress invites guests to enjoy a performance which follows a family through a century as they enjoy the ease and innovation of new technologies and progress. The final scene of the attraction shows the family gathered around and celebrating Christmas together. In the back of the scene is a dining room table and chairs and a small wall to the right of the table which can be best seen when entering into the scene. On that wall is an abstract painting which features a Hidden Sorcerer Mickey from the classic Disney animated film Fantasia.

Adventureland is designed to make guests feel as though they have traveled to some of the most exotic and remote locations on earth for unforgettable adventures. Found in the area is Walt Disney’s Enchanted Tiki Room which invites guests to enjoy a tropical serenade by birds, plants, and tikis who sing from up above. The outside of the attraction is unique in that it features several different levels of thatched roofs which progressively get smaller. While the thatching may look completely authentic, guests might be surprised to learn that it is actually metal, helping Walt Disney’s Enchanted Tiki Room to act as a massive lightning rod!

One of the most popular attractions in the Magic Kingdom is Space Mountain in Tomorrowland. The attraction invites guests into Starport 75, an intergalactic space hub which launches them into outer space for a thrilling adventure. While Starport 75 may seem like a fictional location, it actually pays homage to the fact that Space Mountain opened in 1975.