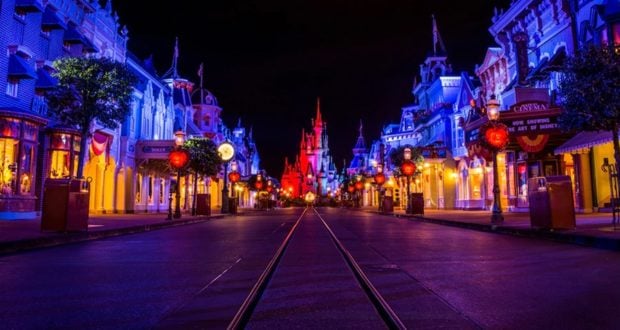 With “The World’s Most Magical Celebration” and new Disney After Hours Boo Bash taking place, guests are flocking to Magic Kingdom. It seems Disney fans are ready to enjoy all the spooks and treats Disney can dish out. Tickets are now on sale for the Disney After Hours Boo Bash special ticketed event. While we previously shared dates were selling out fast, Disney refilled previously sold out Boo Bash dates to allow for more ticket purchases. Now, some of those refilled Boo Bash dates have sold out once again.

Disney After Hours Boo Bash party sold out dates were noted as follows:

We knew the event would be popular as Disney actually had to add more Disney After Hours Boo Bash dates before tickets were even being sold to the general public. We were surprised however that Disney decided to open up more tickets on previously sold out dates.

We’re curious if the dates that are currently sold out will be refilled once again for a 3rd time to allow for more ticket sales… or have they really sold out this time?

Despite the refilling of sold out dates, Disney is still saying we can expect shorter wait times during Boo Bash nights. According to the website, Disney says we can expect to “Spend Less Time in Line”. “Enjoy shorter waits at over 20 Magic Kingdom attractions. Disney After Hours Boo Bash lets a limited number of Guests experience the park for an additional 3 hours after it closes. That means less waiting in line at popular experiences like Haunted Mansion and Space Mountain!”

We’re hoping with the refill of tickets on previously sold out dates, we can still expect the same short waits so the three hours don’t go by waiting in line. Are you planning to party at one of the Boo Bash events? You’ll find us enjoying the complimentary snacks and waving at the villainous characters! Purchase your tickets here while they are still available. Have a spooktacular time planning your Boo Bash fun!