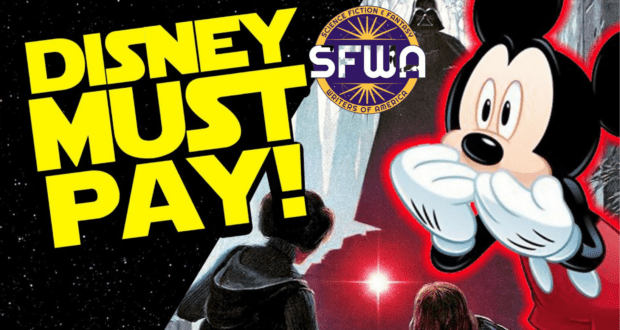 For all the revenue amassed each quarter by The Walt Disney Company, you might assume the House of Mouse goes above and beyond to ensure that Disney writers and artists behind its many projects are well cared for and respected. But according to the Los Angeles Times, that’s not the case at all. A task force formed by the Science Fiction and Fantasy Writers of America (SFWA) claims that Disney has cheated writers and artists who’ve worked on “tie-in products,” which include novelizations and graphic novels based on some of Disney’s most important franchises. The task force also says those writers and artists have not been paid the royalties they’re due for their works, and it’s been this way for years.

“Disney gets away with this by using the exhaustion tactic,” says Mary Robinette Kowal, award-winning author and former President of the Science Fiction and Fantasy Writers of America group. “They wear people down.”

But The Walt Disney Company has reportedly ignored the task force, though they have offered to provide Disney with a list of the names and addresses of the creatives who are owed royalties.

“They say individual artists and agents have to contact them,” Kowal explained. But the task force has been gathering information about the writers and artists who are owed royalties from Disney through a special website, WritersMustBePaid.org. They also use the hashtag #DisneyMustPay. 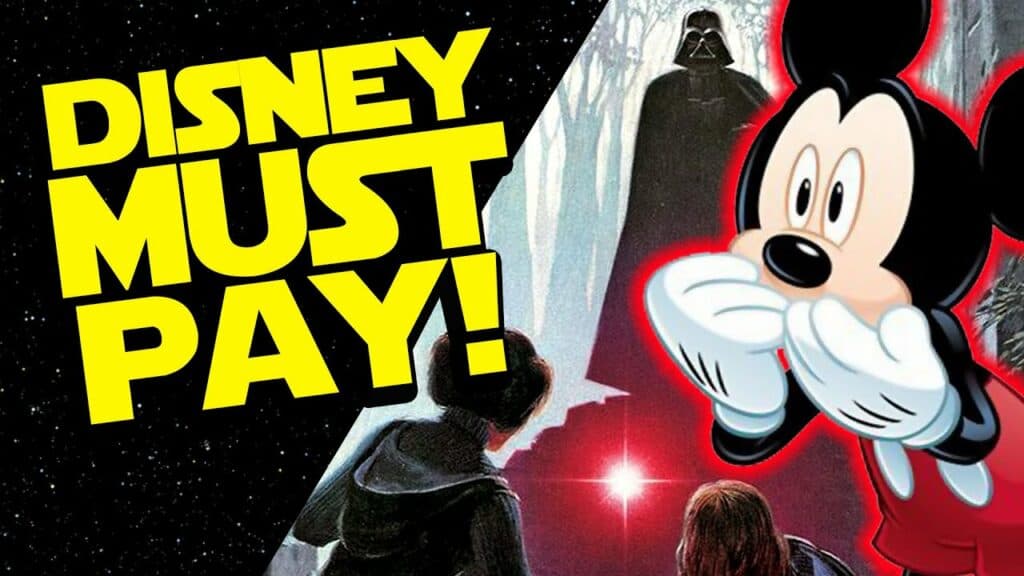 According to the L.A. Times, “Disney’s responsibilities for royalties may be murky in some cases – in part because the original contracts have varied terms and obligations. Contracts in the comic book industry sometimes may allow for royalty obligations to be extinguished when a property is relicensed.”

But while the contracts might be murky, there’s no denying that those who create the content on which Disney makes its millions and billions should be paid; it’s a moral obligation.

Kowal says it’s possible that Disney could owe hundreds of writers and artists royalties averaging a few thousand dollars each. A few of those might even be owed between $5,000 and $20,000.

“For a freelancer, that’s significant,” Kowal says. “For Disney, this is pocket change. We want Disney to address this in a comprehensive way.”

Disney’s alleged negligence in paying its writers and artists was first brought to light by Alan Dean Foster, a science-fiction writer, and the SFWA. In the 1970s, Foster signed a contract with George Lucas to write a novelization of the first “Star Wars” movie even before the movie premiered in 1977. He was also contracted to write a sequel. At the time, Foster was 30. He’s now 75 years old. 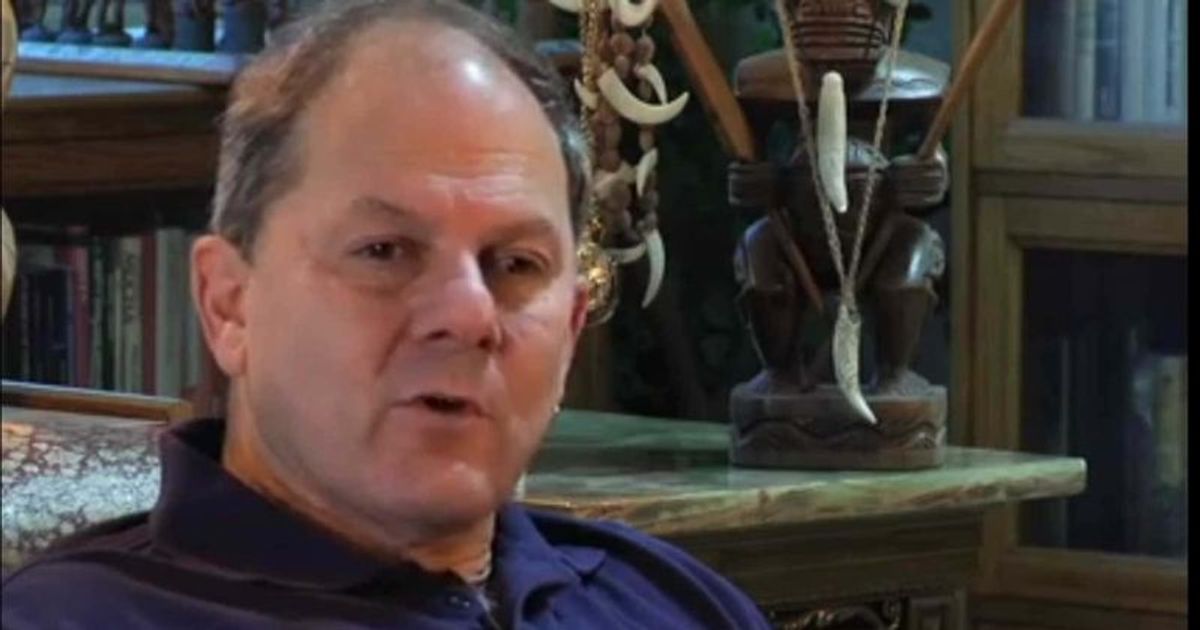 In 2012, royalties from the books suddenly stopped. The cessation of payments came as Disney acquired Lucasfilm that year. Foster says he also stopped seeing royalties from novelizations he wrote of the first three Alien films (20th Century Fox) around the same time Disney purchased the company in 2019. 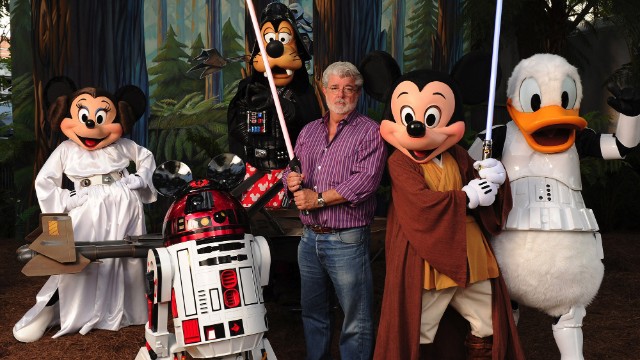 “I thought, well, they’re not earning much right now, and there will be a consolidated royalty statement when there’s enough money to make it worthwhile,” Foster said. But as time went on, and no payments were received, Foster asked his agent Vaughne Hansen to look into the matter.

Later, Disney told Ms. Hansen that “they had acquired the properties from Fox and Lucasfilm, but they didn’t acquire the obligations,” Foster said. “That suddenly made this an important point of contract law, and not just a question of royalties.”

Foster eventually got paid, but only after he made the issue public in November 2020. And to date, Disney refuses to comment on the issue, except for referring to a one-line statement issued by the company in 2020:

“We are carefully reviewing whether any royalty payments may have been missed as a result of acquisition integration and will take appropriate remedial steps if that is the case.” 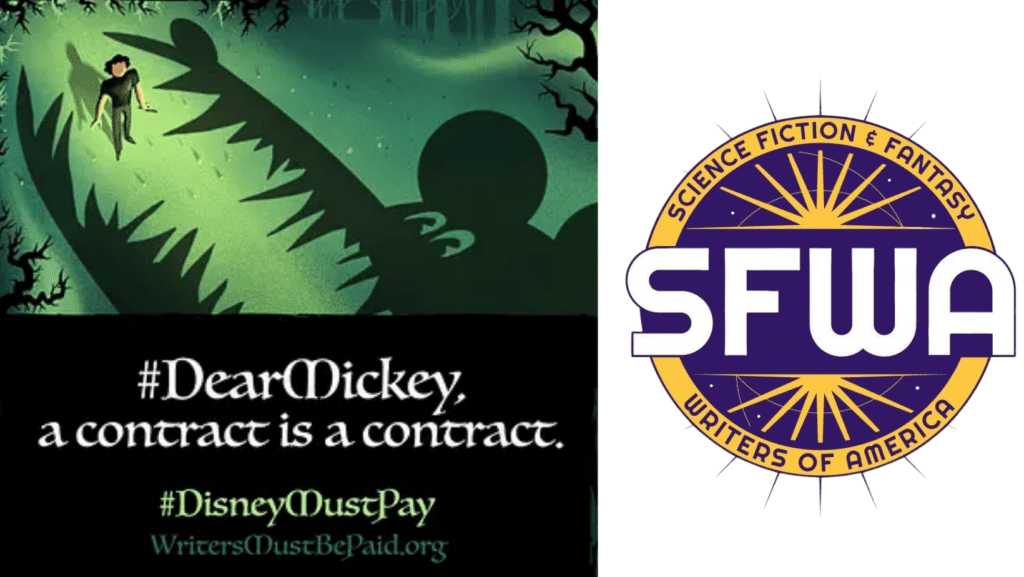 With the exception of Foster’s royalties being paid, very little progress has been made in getting Disney to pay royalties owed to content creators, even as more and more names are added to the growing list of writers and artists awaiting their royalties from Disney.

Disney-owned Marvel Entertainment, which many agents say is the most cooperative subsidiary of Disney’s, still takes a year or longer to resolve gaps in payments to its writers and artists.

The L.A. Times states that “in some cases, according to writers’ representatives, Marvel has agreed to make payments based on its own standard incentive arrangement, which may be less than the original contract specified.”

Royalties got messy when Disney began buying up other entities, such as Marvel in 2009 ($4 billion), Lucasfilm in 2012 ($4.05 billion), and 20th Century Fox entertainment in 2019 ($71.3 billion). Each entity had its own set of corporate records and payment systems to be streamlined, which is no easy task. It doesn’t help that entertainment contracts can be tricky; for example, the responsibility for paying royalties in the comic book industry isn’t always as clearly-outlined as it is in book publishing. It remains to be seen whether Disney will pay royalties to the creative people who continue to create content for the company or continue to claim it’s not their responsibility to pay royalties promised in pre-acquisition agreements. But to the scores of writers and artists who have created that content–content that serves as the very foundation of the company’s success–it’s the right and moral thing for The Walt Disney Company to do.