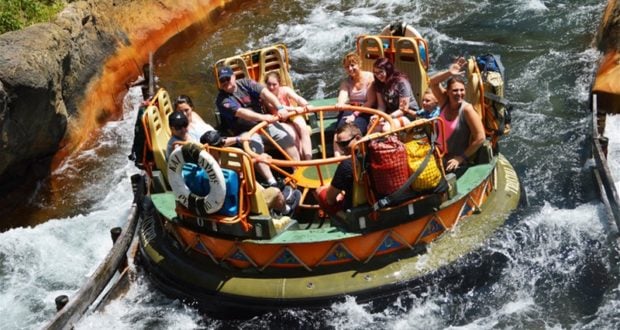 You’ll find on the Walt Disney World website operating hours for Kali River Rapids now show an opening time of 9:00am through July 16 (which is as far as park hours have been updated thus far). For example, today (May 17), Disney’s Animal Kingdom opened at 8:00am but Kali River Rapids doesn’t open until 9:00am.

While we aren’t sure what the reason may be for this delayed opening, we suspect the line is too small to justify opening the attraction with the rest of the park. We suspect very few people rush off to Kali River Rapids first thing in the morning… and instead head to Avatar Flight of Passage and/or Expedition Everest. Regardless of how you tackle Disney’s Animal Kingdom, take note that Kali River Rapids is on an hour delayed schedule for now.