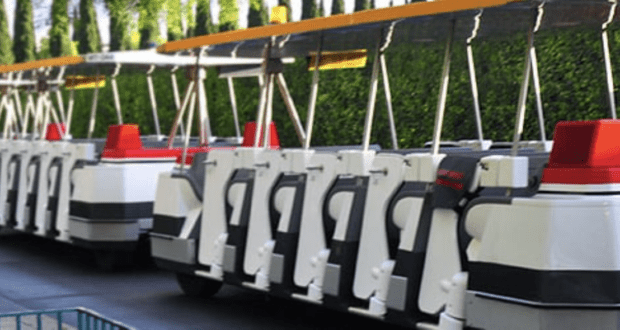 Disneyland reopened back in April 2o21 after a historic 412-day closure due to the COVID-19 pandemic. However, there was one major piece of the Park puzzle missing when it did — the Disneyland trams that took Guests from the Mickey & Friends and Pixar parking structures to the entrances for both Disneyland and Disney California Adventure. Not having trams meant that Guests had to walk from the parking structure to the Parks and back again at the end of the night, which was about one mile each way. 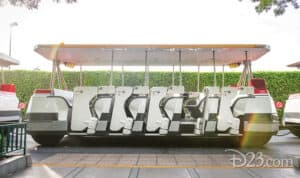 Disneyland Guests have been without the trams for over eight months, but back in October 2021, Disney revealed that they were planning on bringing trams back to the Happiest Place on Earth in early 2022. And now it looks like their return is just around the corner! Instagrammer Five Fires YouTube (@thecalibae) shared video footage of the tram area being covered with green netting.

Tram area covered up today! Hopefully trams are up and running soon! Video from the awesome @courageously.red
🔥🔥🔥🔥🔥 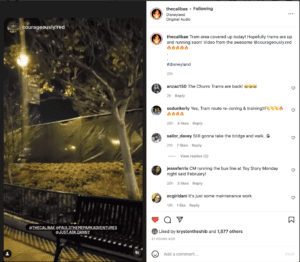 The preparation for the return of the popular tram service comes right as the Disneyland monorail is scheduled to go down indefinitely. According to the Disneyland Resort calendar, the monorails are scheduled to suspend operations on January 24 and no return date has been given. The monorails only opened back up in October after undergoing a refurbishment, but it is not known why they are going to be closed again. 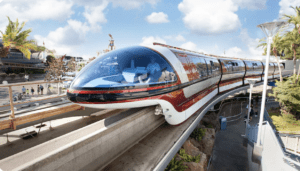 While Disneyland trams are not back at this time, Walt Disney World Resort has seen the return of trams, at least to one park. The trams have returned to escort Guests at Magic Kingdom Park, as well as at the Transportation and Ticket Center. Disney has said that the trams will return to Hollywood Studios, EPCOT, and Animal Kingdom Park later this year — but no specific dates have been given.

Are you excited to see Disneyland preparing for the trams to return? 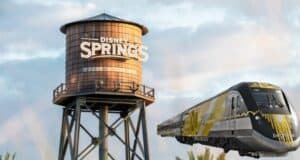