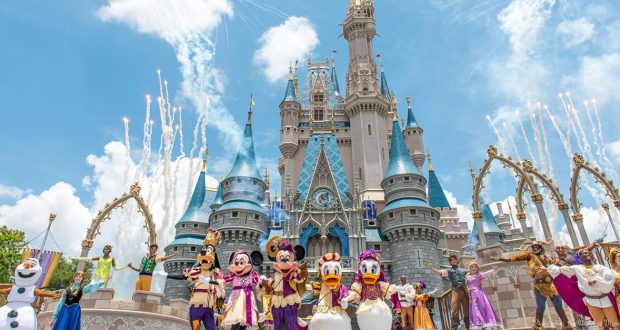 The Disney Parks are slowly reopening. Walt Disney World is scheduled for phased reopening July 11 for Magic Kingdom & Animal Kingdom and July 15 for EPCOT & Hollywood Studios. While Disneyland was set to reopen on July 17, they have had to postponed their reopening due to the State of California.

According to WFTV, a local union in Orange County, Florida is concerned about the plan to reopen Walt Disney World parks.

“I would actually say most of our people are eager to get back to work,” said Kate Shindle, president of the Actors’ Equity Association, which represents more than 700 singers, actors, dancers and stage managers who help put together shows ad Walt Disney World. “They’re not all being called back right away, but we have to get this right, hopefully before anybody goes back.”

After the postponing of the Disneyland reopening, the union called on Walt Disney World to delay its opening and strengthen safety protocols with regular testing. “Since we put out our public call for testing yesterday… I know I don’t have to tell you there have been more than 5,000 new cases in the state of Florida,” Shindle said.

The union previously hired an epidemiologist, a former top official at OSHA, to evaluate safety protocols and make recommendations about safety for stage productions.

Disney’s full statement: “As we reopen our theme parks, we would like to include live stage shows. We have heard from many cast members that they are eager to return; however, the Actors’ Equity Association has not agreed to the terms of the recall impacting our ability to invite these cast members back at this time. The health and well-being of our cast members and guests is an important priority for us, and our theme park reopening plan has been approved by county and state officials.”