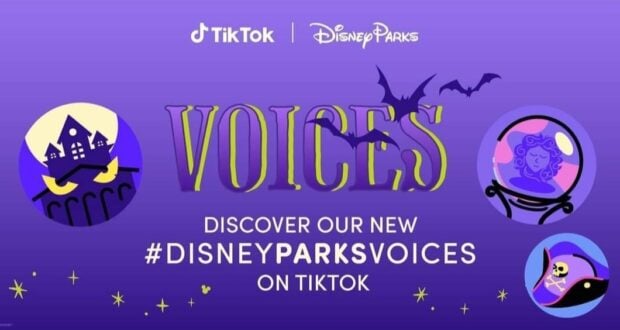 Check Out These Fun New Disney Parks Voices on TikTok!

Calling all TikTokers!!!! Disney Parks has added a bit of fun to your Spooky Season videos! It seems you can now add the voices of Madam Leota, The Ghost Host, and a “Disney Pirate” to your text-to-speech, which is super exciting!

Using the new voices is super easy too!

It’s so easy that even I could do it, and I’m no TikToker. I do try, but the results are a little…well, let’s just say I should stick to writing!

Despite my lack of video-creating skills, I just had to see what the new voices sounded like, so I made a video for each of them. Check them out below:

Madame Leota sounds pretty good! It’s a bit detached, but you’ll have that with any text-to-speech voice. AI has come a long way, but not quite far enough to sound perfectly natural yet.

The Ghost Host’s voice is fun! It flows a lot better than Madame Leota’s voice. I can definitely see a lot of potential for Halloween-themed videos with this one! In fact, if you make one, tag me so I can see!

The Disney Pirate is my favorite! I did edit the text just a little because words like matey just didn’t sound right. Originally I copied and pasted Disneyland’s script directly, but I cut it down to what sounded right. (sorry WDW, you’re still my #1, but Disneyland’s script is better). Imagine the possibilities for “Talk Like a Pirate Day“!!!!

When you use these voices, make sure to include #DisneyParksVoices” in your caption. It’s the official hashtag for the voices, so you’ll be sure to give your video a little boost by using what will be a viral hashtag. Additionally, according to Disney Parks Blog, Disney actively monitors the hashing and may even feature your video!

Do you love this new feature as much as we do? Be sure to let us know in the comments which voice you love most!