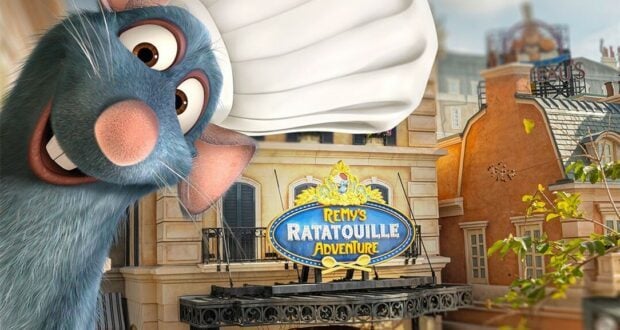 Ok, Disney Vacation Club Members! It’s time to check your email inbox. Disney has begun sending preview dates for EPCOT’s newest attraction, Remy’s Ratatouille Adventure. While Disney has shared the attraction will open on October 1 for Walt Disney World’s 50th Anniversary – “The World’s Most Magical Celebration” – we previously learned that select guests will be getting a “squeak peek” at the attraction prior to October 1. Disney announced that both Annual Passholders and Disney Vacation Club Members will be able to preview Remy’s Ratatouille Adventure before it opens to the public. Now, we’re seeing the emails roll in!

As reported by Scott Gustin via Twitter: “The DVC preview details are out. September 5th, 17th and 20th. Emails went out earlier this morning to DVC guests with overlapping stays.”

If you’re a Disney Vacation Club Member and stressing out because you didn’t get one, keep in mind, the only DVC Members currently receiving invites are those with booked stays at a Walt Disney World Resort during the time of the preview.

Next up, we’re eager to see what Annual Passholders receive! We’ll keep you posted as we learn more about these preview dates for one of Disney’s most highly anticipated attractions. In the meantime, if you’d like to have a sneak peek at what EPCOT’s Remy ride will be similar to, check out Remy’s sister attraction at Disneyland Paris:

2021-08-05
Jamie Sylvester
Previous: Donald Duck Joins “Disney Fab 50” Sculptures at Walt Disney World
Next: Bad Batch Will Be Back For A Second Season