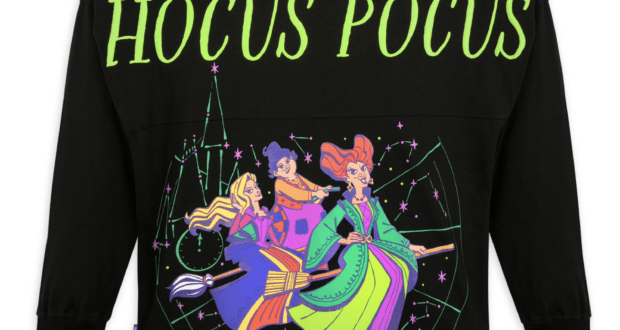 Even though the movie Hocus Pocus is almost 30 years old, it seems that its popularity continues to grow, as though it were a much more recently released film. 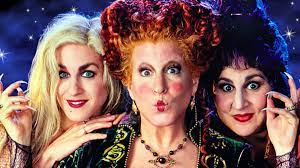 It’s so popular in fact, that a brand new take on the Sanderson Sisters is set to make its debut on Disney+ next year. Hocus Pocus 2 is currently in production and set to hit the streaming platform sometime in 2022. 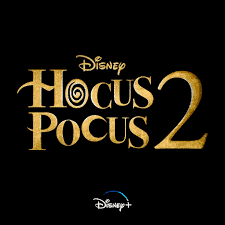 But for now, fans can celebrate the Sandersons with some really spooky merchandise from shopDisney and even cupcakes from Walt Disney World! It’s all just a bunch of Hocus Pocus anyway, right?

Love ’em or hate ’em, Crocs were in, then out, then in, then out, then back in again. Maybe they’re here to stay this time. If you hate Crocs, it’s probably because you haven’t seen these Hocus Pocus-themed Crocs! They’re shimmery orange and purple and come with Jibbitz charms. (One even looks like the eye from Winifred’s spell-casting book!)

You could find them at ShopDisney until they recently sold out, but they are still–as far as we have been told–available at Walt Disney World! 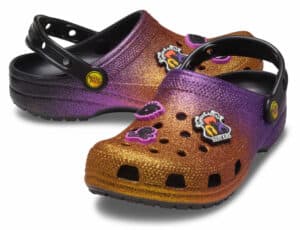 Speaking of Disney World, you’ll have to be at Mickey’s stomping grounds to find these! There are three, of course, for the Sanderson Sisters–Sarah, Mary, and Winifred. Can you tell which one is which? Find these frightful treats for $7.99 at Gasparilla Island Grill near Magic Kingdom at Disney’s Grand Floridian Resort and Spa! 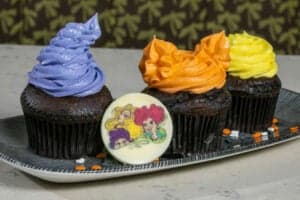 Disney’s added a new Hocus Pocus-themed jersey to its line of spirit jerseys found in the parks and online at ShopDisney. It’s black with multi-colored designs on the back of it, featuring the Sanderson Sisters on their brooms. 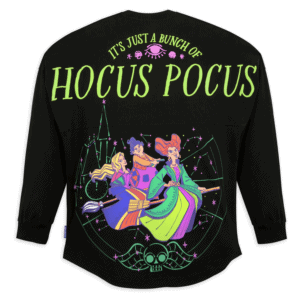 Don’t leave FeFe or Fido out! Disney’s got a Hocus Pocus-themed spirit jersey for them too! Just like yours, only smaller, and of course a few differences in how it fits around the legs! You can find this one for $36.99. 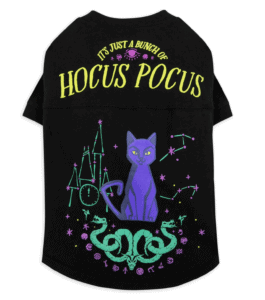 Other items are available online at ShopDisney.com and at Walt Disney World too!

And keep your eyes open for more news about Hocus Pocus 2! Sarah, Mary, and Winifred are back! We only thought they were gone for good. But as the story goes in the second installment of the franchise, the three Sanderson Sisters are accidentally brought back to Salem, and there’s got to be a way to send them away forever before their appetite for children creates out-of-control chaos! 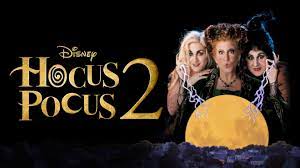