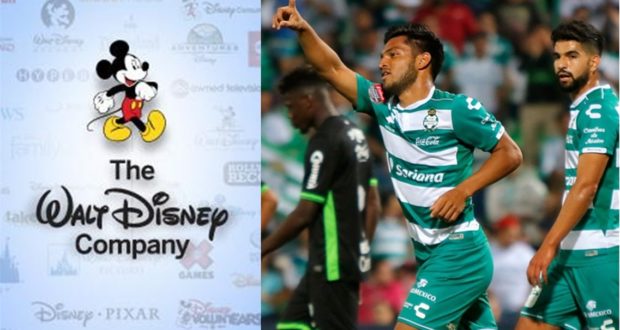 It looks like Disney has a lawsuit on their hands as a northern Mexico soccer club filed on Wednesday, December 30 to sue, due to a alleged contract breach.

As shared by Bloomberg: “Santos Laguna, a soccer club in northern Mexico, is taking on a giant in a lawsuit against Walt Disney Co, alleging breach of contract in a complaint filed in Los Angeles. Santos says that Disney leaves the soccer club with few options to televise its games in Mexico after the entertainment company decided to divest broadcasting assets to acquire 21st Century Fox.”

“Disney agreed to divest or liquidate the Mexican assets of Fox subsidiary FSLA Holdings — which includes Santos’s broadcasting rights — in order to prevent local regulators from blocking the Fox purchase, according to the complaint. The local channels are now managed separately from Disney, as required by Mexican regulators. “

“We believe the claims are utterly without merit and will defend against them vigorously,” a Disney spokesperson said.” Santos says that Disney, FSLA and Mexico’s telecom regulator continue to shut the club out of the divestment process, and says that its contract with FSLA specifically prohibits such a divestment.”

Check out the full story as shared by Bloomberg.com.

2021-01-02
Jamie Sylvester
Previous: Our Modified Park Hopping Experience at Walt Disney World
Next: Marvel Fans Get Ready: Everything Marvel Coming to Disney+ Here For You