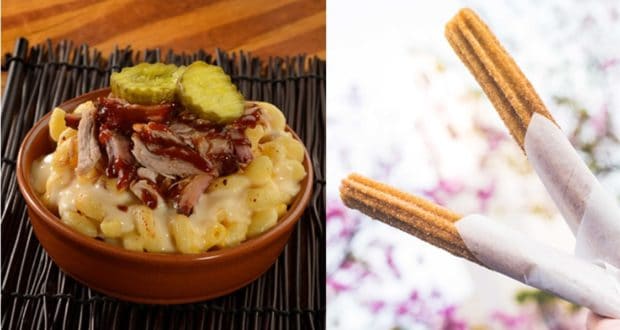 So many favorite Disney restaurants are making their return! We previously shared the news that two Magic Kingdom Restaurants are reopening soon, Citricos at Disney’s Grand Floridan is reopening with a new Mary Poppins theme, Trail’s End Restaurant at Disney’s Fort Wilderness is making a comeback, and Disney is even launching a dining bundle called “Disney Family Night Dinner”. But, Disney hasn’t stopped there. Moving on over to Disney’s Animal Kingdom, here’s the latest update from Disney on two tasty places to grab some mouthwatering food!

As shared by Disney: “Eight Spoon Café at Disney’s Animal Kingdom Theme Park is now open and offers their delish Baked Macaroni & Cheese (with or without pulled pork). The exciting news – the Pulled Pork Jelly Donut Sandwich is back! YUM! Dino Diner will reopen July 4, so you can grab a Dino-Rama Chili-Cheese Dog or a Corn Chip Pie. You can even get your churro fix at Dino Diner!”

Eight Spoon Café is located in the Discovery Island portion of Disney’s Animal Kingdom- and yes, that mac and cheese is as good as it looks. And to tackle that yummy churro fix, head on over to DinoLand U.S.A. for Dino Diner. Enjoy snacking your way through the parks and resorts Disney fans!