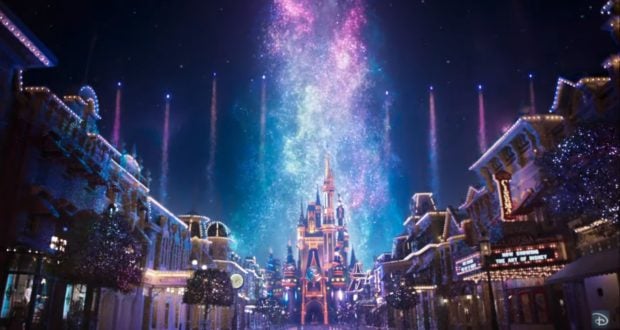 It’s an event five decades in the making! There is no doubt Walt Disney World 50th Anniversary is going to be an amazing time to be in the parks and at the resorts. We’re ready to celebrate with Disney beginning October 1 for “The World’s Most Magical Celebration”. Disney knows how to party, so we’re sure the 18-month long event will be one to remember! Now that fireworks have returned to Magic Kingdom and EPCOT, Disney has updated their 50th Anniversary commercial to reflect a little more glow in the skies.

As shared by Disney: “Get ready for a celebration 50 years in the making. On October 1, the magic is calling everyone to The World’s Most Magical Celebration – the 50th Anniversary at Walt Disney World Resort. Because when you celebrate with us, nothing could be more magical.”

Here’s the old commercial first, with the new commercial below it to compare the two:

Notice the fireworks difference between the two? We previously shared the news that a new nighttime spectacular, “Disney Enchantment,” will help kick off the 50th anniversary festivities when it debuts Oct. 1 at Magic Kingdom Park. Created to launch with “The World’s Most Magical Celebration,” this evening extravaganza will take you on a journey filled with adventure, wonder and empowerment. Inspiring everyone to believe in magic, “Disney Enchantment” will feature music, enhanced lighting, stunning fireworks and, for the first time, immersive projection effects that extend from Cinderella Castle down Main Street, U.S.A.

We simply can’t wait! Are you making plans to visit Walt Disney World during their 18-month-long celebration that kicks off on October 1, 2021? Happy planning, Disney fans!