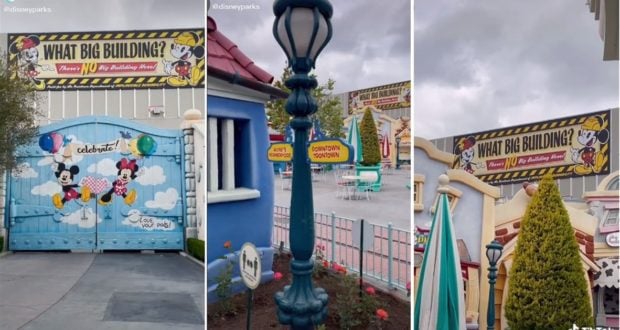 If you’ve visited Disney’s Hollywood Studios recently, chances are you’ve made sure to take a ride on Walt Disney World’s newest attraction, Mickey and Minnie’s Runaway Railway. While we’ve been enjoying this attraction since last year, Disneyland’s version is still under construction and is slated to open in 2023. Since we haven’t been able to visit Toontown in Disneyland for over a year now, Disney has released a brief clip of what the massive Runaway Railway building looks like from within Toontown.

Do you think Disney fans will know? They’re gonna know! We’ll keep eagerly awaiting the arrival of Mickey and Minnie’s Runaway Railway at Disneyland in 2023! In the meantime, catch a ride on the attraction at Disney’s Hollywood Studios when visiting Walt Disney World.