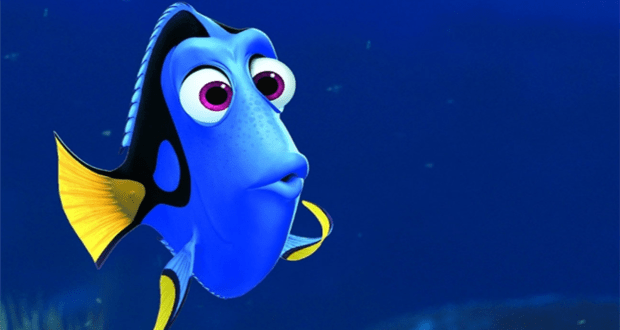 Everyone knows about the Disney / Pixar film, Finding Nemo, right?! Well, NO, not so much. For us Disney fans, we may have all the answers, but for one contestant on “Who Wants to Be a Millionaire”, a Disney question almost caused him the game!

As reported by PopCulture: “During a recent episode of the U.K. version of Who Wants to Be a Millionaire, a schoolteacher left audiences at home completely gobsmacked when he got a very simple question about Pixar’s animated classic Finding Nemo. It turned out that the teacher was the one person in the U.K. who did not know the color of Ellen DeGeneres’ Dory character.”

“Contestant Dan Huxley was cruising along on the game show until he reached the £8,000 (about $11,000) question. “In the films Finding Nemo and Finding Dory, which of these characters are mainly blue in color?” was the question. The options were all main characters in the movies, Marlin, Nemo, Dory, and Bubbles. “I think Nemo is some sort of goldfish, but I don’t know,” Huxley said after host Jeremy Clarkson finished reading the options.”

“Huxley chose to use his “phone a friend” lifeline first and called his father. “I’m hoping with three grandchildren he may have accidentally seen this film,” Huxley said. Amazingly, even Huxley’s father was no help! So, the contestant used the 50-50 lifeline. Marlin and Nemo were eliminated by the 50-50, leaving just Dory and Bubbles. Thankfully, Huxley picked Dory. He wound up with £125,000 (about $175,000) in winnings.”