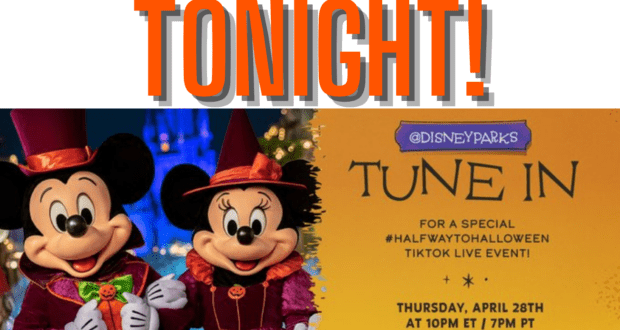 All week long, while you’ve probably been feeling that spring fever and the annual wind-down of school as summer vacation approaches, Disney Parks has been celebrating “Halfway to Halloween,” with several reveals, including special “Halfway to Halloween” treats in the parks and more! 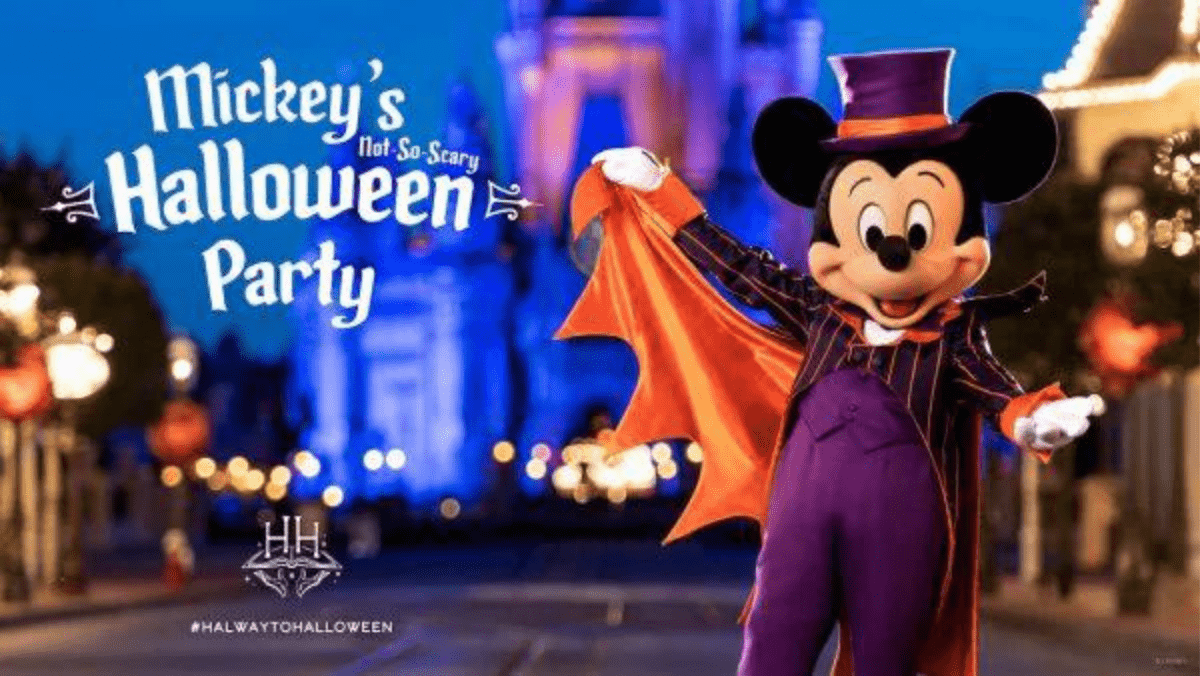 (To be honest, had it not been for Disney, this writer probably would never have noticed our proximity away from or toward the annual candy-and-costume celebration!)

This week, Disney Parks has also announced a special live event tonight, April 28th, beginning at 10:00 p.m. on the east coast and 7:00 p.m. on the west coast.

👻 Your ghost host, DisneyParks on TikTok, is hosting a first-of-its-kind live event on April 28 at 10 p.m. ET/7 p.m. PT! 🎃 Get ready for a scary good time: https://t.co/QRInmeYGeD #HalfwaytoHalloween pic.twitter.com/FOULZjGtyf

Fans can join the special “first-of-its-kind” event online on TikTok.

You can also expect some mummy-approved “shriek peek” surprises, a new “Hocus Pocus” Sanderson Sisters-inspired look for all of our Disney Parks channels, and much more.”

Simply log in on TikTok via laptop, desktop, or smartphone and search “@DisneyParks,” unless you already follow Disney Parks on TikTok. (Hashtag #HalfwaytoHalloween)

Tonight’s special live-stream will mark the first time Disney Parks has ever held a live event from multiple Disney Parks locations. Even Disney Cruise Line will play a role in the live event this evening!

Don’t miss this special live event online this evening beginning at 10:00 p.m. EST. When commenting, be sure to use the hashtag #HalfwaytoHalloween! We’ll see you online tonight for this never-before-experienced Disney Parks event!

2022-04-28
+Becky Burkett
Previous: Former Disney CEO Michael Eisner set to sell his Malibu estate for $225 million, a record for the priciest home sale in California of all time
Next: World-Renowned Chinese Restaurant Coming to Downtown Disney!