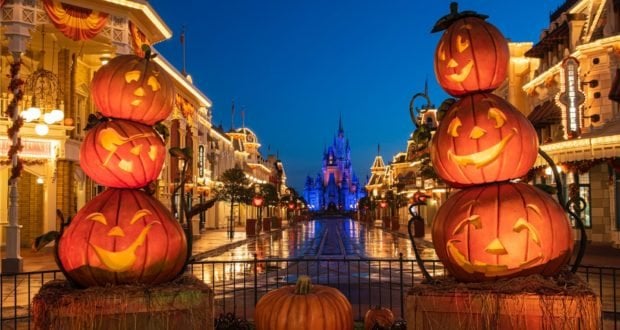 Walt Disney World’s Extra Magic Hours (EMH) has moved out and two new experiences are moving in soon for select Disney Resort Guests. First up, beginning October 1, ALL Walt Disney World Resort Guests will have a chance to experience the new “Early Theme Park Entry”. This new perk will allow all Disney Resorts Guests a jump-start their day inside the Park with a 30-minute early entry to ANY theme Park, EVERY day. If you’re staying at one of Disney’s Deluxe Resorts – you’ll have even more time to enjoy the Park. Deluxe Resort Guests are eligible to spend TWO extra hours in select Parks on select days. This new perk is called “Extended Evening Theme Park Hours“ and is only available to Disney Resort Guests staying at select Deluxe Resorts. Disney has revealed the list of attractions along with more dates for Deluxe Guests to take advantage of the extended evening hours.

As shared by Disney: “During the extended evening theme Park hours, select merchandise and food and beverage locations will be available. In addition, the following attractions are planned* to operate”:

The Extended Evening Theme Park Hours is a benefit for registered Guests staying at Disney Deluxe Resorts and Disney Deluxe Villa Resorts, which include the 24 Resort selections below:

Guests staying at these resorts will still need a valid theme Park ticket to gain access to the Park, as well as a theme Park reservation. If you’re visiting Disney’s Animal Kingdom for example but still want to enjoy staying up until midnight at EPCOT and have a valid Park Hopper ticket or Annual Pass, you can hop to EPCOT as long as you entered your first Park where you made your reservation earlier in the day. For all the details about Extended Evening Theme Park Hours, visit Disney’s website. Do you miss the old Extra Magic Hour for all Resort Guests or do you prefer the new Extended Evening Hours for Disney Deluxe Resort Guests?