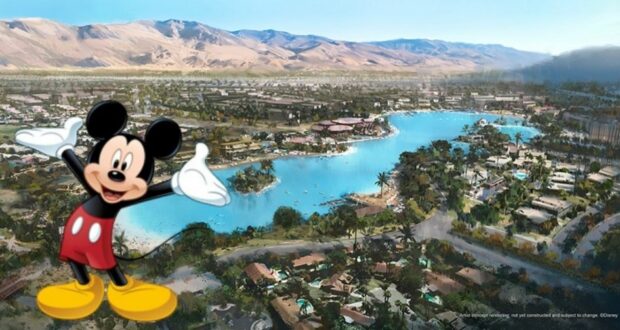 Big news announced by Disney as we have learned they are planning to launch a new business to develop residential communities called “Storyliving by Disney.”

Ready to live where the core of Disney DNA is alive and well? Here’s what we know so far about this new Disney endeavor.

Storyliving by Disney will feature distinctively designed spaces, unique amenities, and world-renowned service with the first community to be developed in Rancho Mirage, California. Additional U.S. locations are currently under exploration. All communities will cater to those looking to write the next chapter of their lives with Disney!

Check out the introduction video with Josh D’Amaro, Michael Hundgen, and Helen Pak. Plus, further details and photos are available below!

Disney has released: As more and more fans look for new ways to make Disney a bigger part of their lives, the company today announced plans to introduce Storyliving by Disney, vibrant new neighborhoods that are infused with the company’s special brand of magic.

These master-planned communities are intended to inspire residents to foster new friendships, pursue their interests and write the next exciting chapter in their lives—all while enjoying the attention to detail, unique amenities, and special touches that are Disney hallmarks.

The first Storyliving by Disney community will be built in Rancho Mirage, in California’s Coachella Valley—a location where Walt Disney himself owned a home and would spend leisure time with his family. Additional locations in the U.S. are under exploration for future development.

“For nearly 100 years, Disney has shared stories that have touched the hearts and minds of people all around the world,” said Josh D’Amaro, chairman, Disney Parks, Experiences and Products. “As we prepare to enter our second century, we are developing new and exciting ways to bring the magic of Disney to people wherever they are, expanding storytelling to storyliving. We can’t wait to welcome residents to these beautiful and unique Disney communities where they can live their lives to the fullest.”

At each location, including some neighborhoods for residents ages 55+, Disney Cast Members trained in the company’s legendary Guest service will operate the community association. Through a club membership, Disney will also provide access to curated experiences, such as wellness programming; entertainment ranging from live performances to cooking classes; philanthropic endeavors; seminars, and much more.

Disney Parks even took to Twitter to add a little sizzle about its upcoming charming home communities:

The exciting news was even shared on Good Morning America this morning as shown in the tweet below:

What are your thoughts? Would you be interested in living in one of these Disney communities around the United States? While currently, Disney has only announced one local in California, we have a feeling it won’t be too long before more communities start popping up. We’re keeping our fingers crossed for one close to Walt Disney World Resort!

Ready to learn more about Storyliving by Disney? Visit www.storylivingbydisney.com.