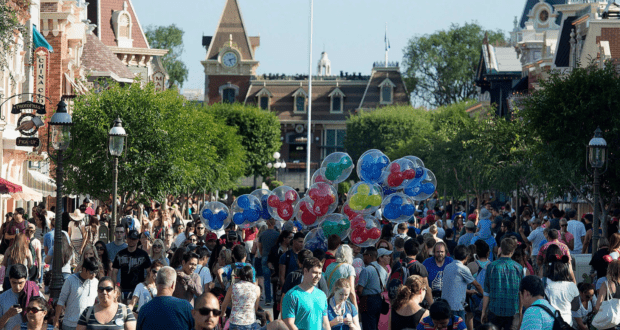 Disney has patented technology to identify Guests based on their shoes

There’s a saying that goes, “I always judge a man by his shoes (and his watch).

In the 1994 film by the same name, Forrest Gump says, “Mama always said you can tell a lot about a person by their shoes–where they going, where they been.”

And apparently, Disney has taken those quotes to a whole new level, developing technology that will identify Guests at Disneyland by their shoes and what they’re wearing in the parks. According to Patent Yogi, Disney’s technology was created to identify and track Guests based on the shoes they wear when visiting Disneyland with the intention of creating a “more customized experience” for each Guest. For this technology, the patent is titled “A System and Method Using Foot Recognition to Create a Customized Guest Experience,” and the owner is listed as Disney Enterprise. 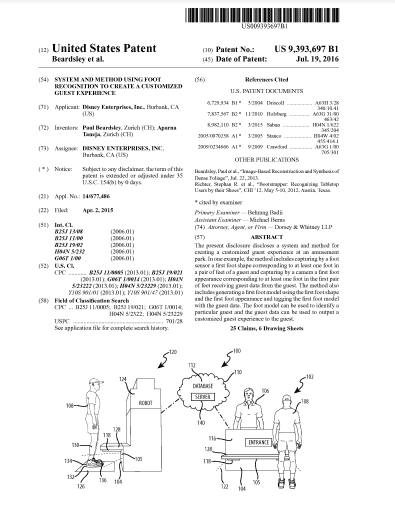 In theory, this Disney patent is for technology that would work as follows:

As a Guest walks into Disneyland Park or Disney California Adventure, sensors and cameras will capture the image of his or her shoes. Those sensors and cameras will identify the brand of shoes worn by Guests, as well as the model of the shoes and the shoes’ color schemes. Sensors will also be located in the ground so that Guests‘ shoe sizes and the tread designs of their shoes will also be captured, which will give more details about the shoes worn by Guests. 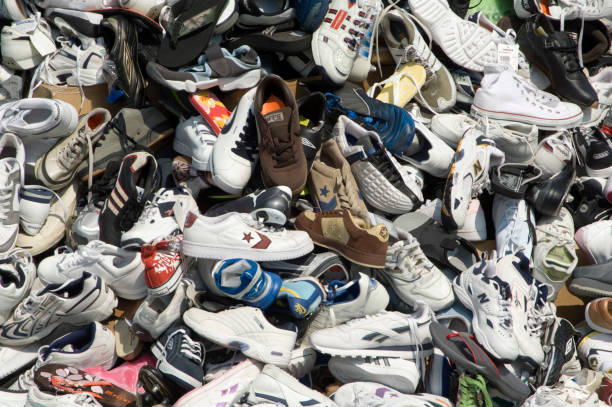 Once sensors and cameras gather these pieces of information, the system will associate Guests‘ shoe details with personal details, including Guests‘ names and interests. As a Guest moves throughout the parks, enjoying attractions, entertainment, rides, and food, sensors in the ground capture images of his or her shoes and are able to recognize the Guest wearing the shoes. According to Patent Yogi, “by knowing what the interests of the person are, a customized experience may then be provided [by Disney’s technology], like presenting a particular media content.”

To put it simply, the Disney shoe recognition patent is for technology that would allow Disney to follow a Guest’s footsteps, identify him or her by a shoe, and ensure that he or she is met with a personalized, customized Disney Parks experience, regardless of his or her location in the parks. 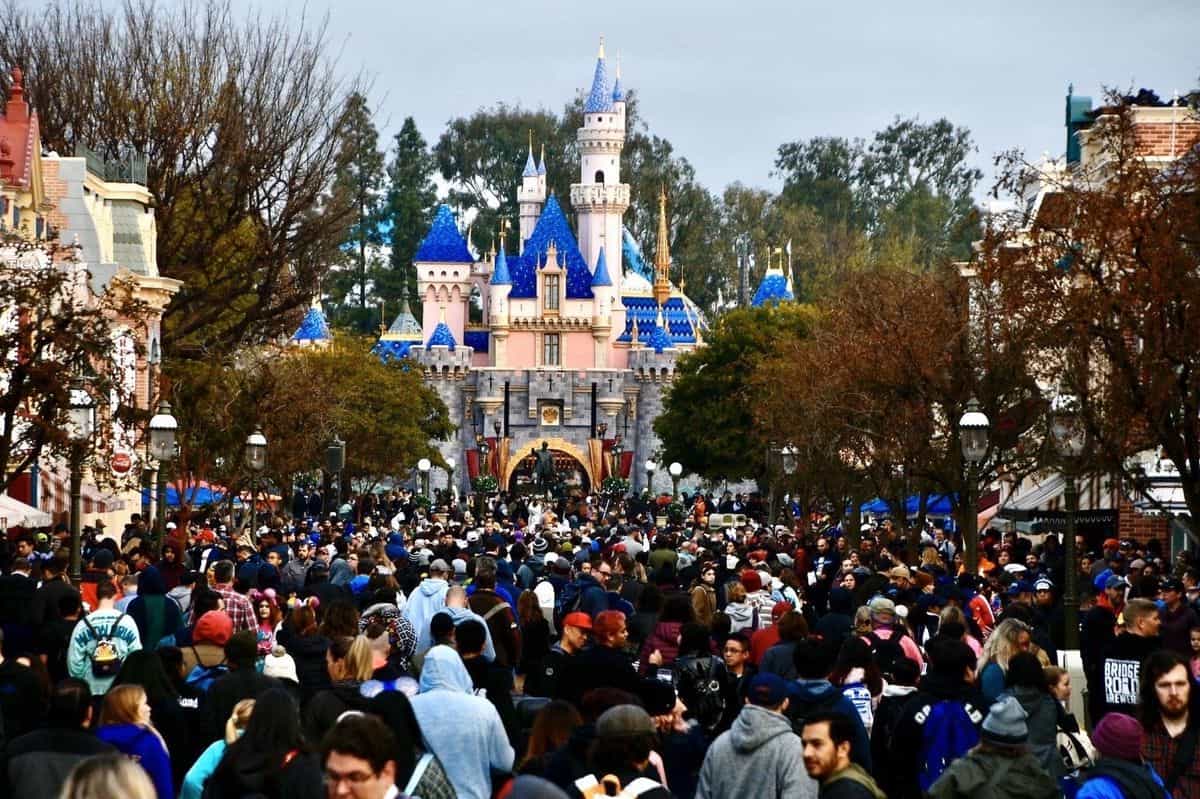 Further, Disney’s shoe recognition technology was also designed to give Guests compliments on their choice of shoes, depending on what they’re wearing.

A potentially significant perk to Disney’s shoe recognition technology is that it presents an unobtrusive way of identifying Guests as compared to other methods, such as fingerprint recognition and retinal identification.

Disney is known for world-class, legendary Guest service, and this Disney patent could be the key to continuing to improve that service as time marches on.

Additional patent information and diagrams can be found here.