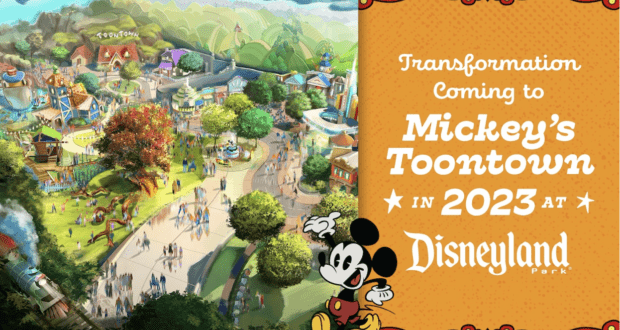 On August 13, 2017, the popular Hollywood Studios attraction, The Great Movie Ride, took its last trip through the movies and closed to make way for the new attraction Mickey and Minnie’s Runaway Railway. Just about two and a half years later, on March 4, 2020, the first attraction featuring the mouse who started it all opened and Guests were taken on an exciting adventure through a cartoon universe. Disney also announced that an identical version of the ride would be opening at Disneyland Resort in the near future. 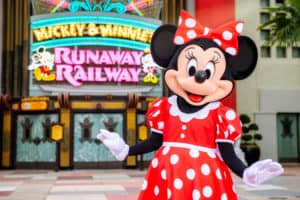 Mickey and Minnie’s Runaway Railway was originally scheduled to open in Mickey’s Toontown in 2022, but those plans were delayed when the COVID-19 pandemic forced the Park to shut down. The ride is now scheduled to open sometime in 2023.

On November 15, Josh D’Amaro — Chairman Disney Parks, Experiences and Products — shared an exciting update on the attraction construction being done at Disneyland while at the International Association of Amusement Parks and Attractions Expo. D’Amaro even shared some artwork of what the revamped area will look like when the work is complete. 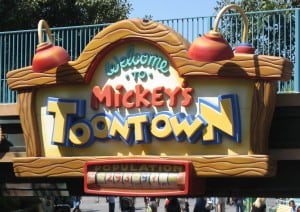 Disney Parks Blog shared more information on the announcements made by D’Amaro:

Building on the legacy of Mickey’s Toontown, Imagineers are working to create some all-new experiences so families and young children can have more opportunities to play together inside Disneyland park. The beloved Mickey’s Toontown will transform into a vibrant symphony of sights, sounds, and sensations. Focusing on today’s families with young children, Mickey’s Toontown will feature new play experiences, as well as open, grassy play spaces for everyone to unplug. The land will have landscaping for both spontaneous family play and parental relaxation.

“We are so excited to leverage Disney’s powerful brand, develop new stories and share even more magical experiences with our guests,” said D’Amaro. “The newly reimagined Mickey’s Toontown will be a welcoming place where families and younger guests can connect and play together in fun new ways.”

Even with a greener and more spacious Mickey’s Toontown, the land will offer more play activities and attractions than ever before. From active play to tactile play, new experiences will let children play, slide, spin, splash, touch and listen! 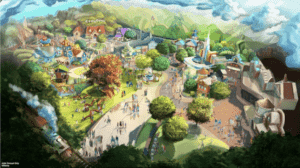 In addition to Runaway Railway, there will be a new play area called CenTOONial Park, where families can have a fun interactive experience with a beautiful fountain. There will also be interactive water tables that kids and kids-at-heart can have a great time! The fountain will transform at night using beautiful lights, adding to the beauty of the new area. 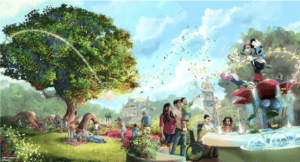 While Mickey’s Toontown is currently open to Guests while construction is happening inside the large building that will house the attraction, Toontown will close in March 2022 as the overhaul to the Guest space begins.

Are you excited to see Mickey and Minnie’s Runaway Railway come to Disneyland?