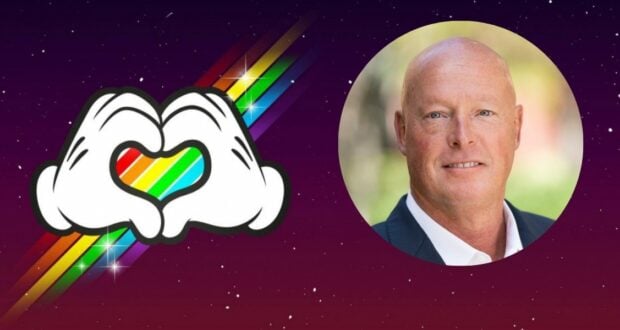 Over the past couple of weeks, The Walt Disney Company has been in the hot seat over its stance on Florida’s contentious “Don’t Say Gay” bill. Many called upon Disney to condemn it, but sources stated that CEO Bob Chapek found the issue “irrelevant to the company.” Disney remained quiet for as long as it could, but under mounting pressure, released a statement. The statement fell flat with many, as did Chapek’s follow-up email.

On Match 9, Disney held its Annual Shareholder’s Meeting, and many were wondering how Chapek would address the negative attention the company had been receiving. The meeting included a question and answer section, and many assumed that Chapek would be asked about it. Well, Chapek decided to get out in front of it and addressed what was happening. To kick off the Q&A portion of the meeting, Chapek made the following statement:

“While we have been strong supporters of the community for decades, I understand that many are upset that we did not speak out against the bill. We were opposed to the bill from the outset, but we chose not to take a public position on it because we thought we could be more effective working behind the scenes working with lawmakers on both sides of the aisle.

We were hopeful that our longstanding relationships with those lawmakers could lead to a better outcome. Ultimately, we were unsuccessful,” he added. “I called Gov. DeSantis this morning to express our disappointment and concern that if the legislation becomes law, it could be unfairly used to target gay, lesbian, nonbinary and transgender kids and families. The governor heard our concerns, and agreed to meet with me and LGBTQ+ members of our senior team in Florida to discuss ways to address them.”

Chapek did not say when the meeting with Florida Governor Ron DeSantis will take place. However, since DeSantis is expected to sign the bill into law, the meeting will most likely take place sooner rather than later. Chapek said that DeSantis had seemed very open to having a discussion with Disney. Disney brings millions of tourism dollars into the state every year, so working with the company could be very beneficial for everyone involved.

On his discussion with DeSantis, Chapek stated:

“[DeSantis] committed to me that he wanted to make sure that this law could not be weaponized by any individuals to target kids and families,” and asked that the company “come up with ideas and concerns of specific aspects of that legislation which could lead to the weaponization of it.”

For years, as part of its practice, Disney had what it called ‘Four Keys’. Those keys were Safety, Courtesy, Show, and Efficiency. Then, in 2021, it added a fifth key — inclusivity. Many felt that, if Disney wanted to live up to what it preached, then they had to say something.

2022-03-09
Krysten Swensen
Previous: More Severe Flooding: This Time at Magic Kingdom
Next: Disney Is Considering Bringing Back The Premier Passport