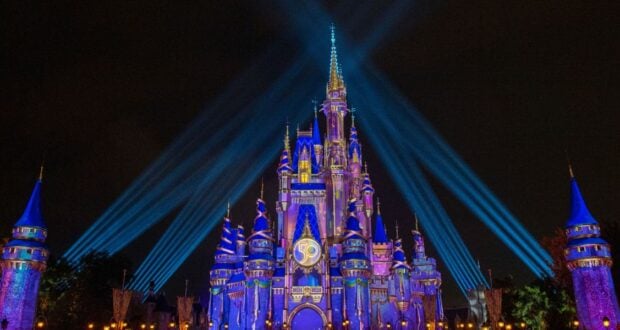 As we enjoy the fall decor throughout Walt Disney World Resort and signs of the holiday season arriving soon, we’re shifting gears to focus on 2023 and what’s to come in the new year. Thankfully, Disney has confirmed a Disney Resort Guest perk will continue throughout the new year.

2023 will be an exciting year for Disney fans! Walt Disney World has announced the end of its 50th Anniverary coming on March 31, 2023, which means the return of the beloved Happily Ever After nighttime spectacular at Magic Kingdom Park.

RELATED: Disney Resort Guests: Are the Perks Still Worth It?

And while many Disney Resort Guest perks have been removed, such as complimentary MagicBands, FastPass+ service early booking, Disney’s Magical Express airport transportation, and free Resort overnight parking… there is one Resort Guest perk that will remain.

Extended Evening Theme Park Hours are available to Guests staying at a Disney Deluxe Resort, Disney Deluxe Villa Resort, or other select hotels. These are select evenings at Magic Kingdom, EPCOT, or Disney’s Hollywood Studios that allow Deluxe Resort Guests to experience attractions and more after the normal closing hours for no additional cost.

The experience is similar to the former Extra Magic Hour but is only available for Deluxe Guests, and the nights available for Extended Evening Theme Park Hours vary.

RELATED: Disney After-Hours Events Are Coming Back! Find Out When

Well, as we turn the corner into 2023, it looks like the perk of Extended Evening Hours will not end with the 50th Anniversary celebration but instead continue throughout the year.

Extended Evening Theme Park Hours is a benefit for registered Guests staying at Disney Deluxe Resorts and Disney Deluxe Villa Resorts, which include:

Disney has yet to confirm if Early Theme Park Entry for ALL Disney Resort Hotel Guests (the 30-minute early entry into Walt Disney World theme parks every day) will still be available throughout 2023.

As always, we will be sure to keep Disney Dining readers updated as we learn more about this news.

2022-10-26
Jamie Sylvester
Previous: Labor Shortage Responsible for Entertainment and Character Cuts at Disney World
Next: Celebrate Thanksgiving For Weeks at Disney World With These Delectable Offerings!