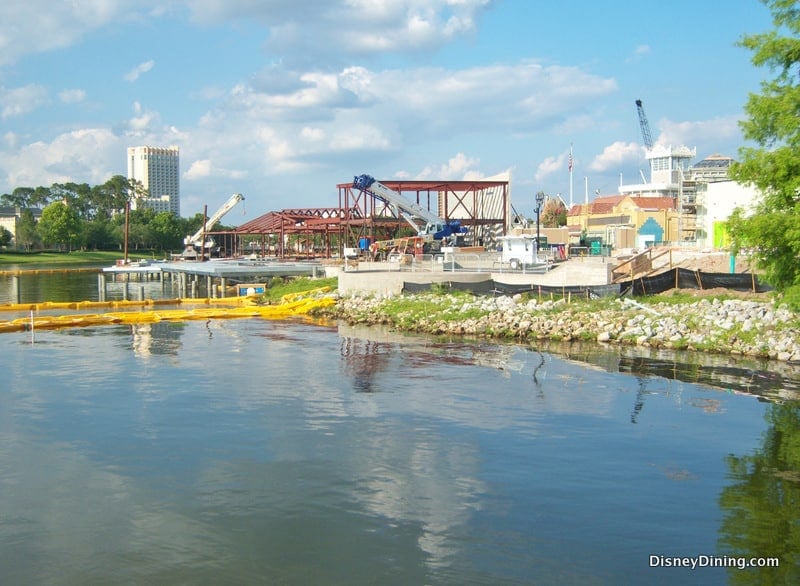 The transformation of Downtown Disney to Disney Springs is well underway. I’ve mostly avoided the area over the past few months because parking has been a problem during the construction. Since the first parking garage is finally open (although it isn’t finished) I thought that it was about time to check out the area once again. Within the past week, I’ve been to Downtown Disney twice. Parking is still a mess, and it doesn’t look like that is going to change anytime soon.

If you plan to go to Downtown Disney and will need to park, there are a few things that you need to do. First, give yourself extra time. The days of showing up a few minutes before your dining reservation, grabbing a close spot, and running to the restaurant with moments to spare are gone for now. Second, follow the traffic signs. Disney is doing a good job of directing traffic to open lots, where there should be spaces. You do need to follow the signs, don’t assume that a closer lot will have open spaces because that lot very well might be closed. Third, be prepared to walk. Many of the current parking spaces aren’t close, they’re in lots across the street from Downtown Disney. Fourth, cross the street only when you have a walk light. Even with cast members keeping an eye on things, I’ve seen people walk out into traffic. Finally, be nice to the cast members who are directing traffic. The current mess is not their fault.

The first time that we went to Downtown Disney last week we ended up parking across the street in the lot behind the Hess station. It was in the middle of the afternoon, and that lot had plenty of open spaces. We had hoped that we could park in the parking garage, but the sign said that it was full and traffic was not being directed that way. As we waited for the walk light to change so we could cross the street we had a conversation with an incredible cast member who is a credit to Walt Disney World. Her outgoing, positive attitude helped to make the wait seem shorter. The second time we headed to Downtown Disney was in the evening, and the area was quite a bit busier. The sign again said that the parking garage was full, but we followed the cast members who were directing traffic and ended up parking in the new garage. It still took us a while to find a spot, because everyone seemed to want to park on the first level. We went to the second level, where there were several open spaces.

Once the parking decks are both open and fully operational the parking problems at Downtown Disney should ease up. Until then, avoid driving to the area if possible, or give yourself plenty of extra time.