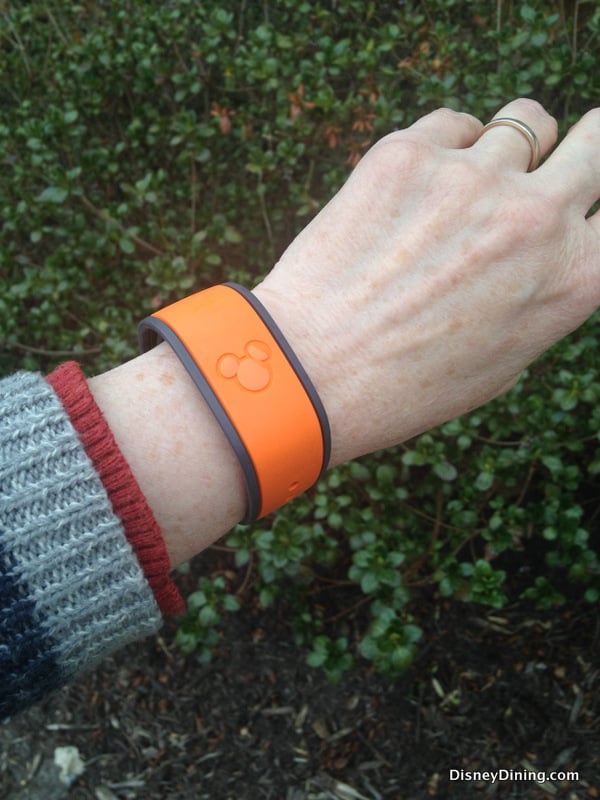 I have been very vocal about my strong dislike for FastPass+. I loved the old system and I miss the paper FASTPASSES. That said, Disney does not care, and since the machines are slowly being removed from the parks, it looks like they do not plan to ever return to the way that things once were.

As an Annual Passholder, I found out at near the beginning of March that my family and I would soon be eligible for MagicBands. We learned that we would also be able to make advanced FastPass+ reservations online. This was good news. I ordered our MagicBands on March 8 and then we waited.

Eventually I received an email that I could make advanced FP+ reservations. I was headed out of town for a few days, so we didn’t try the new system until we returned. My daughter and I were able to get decent times for Test Track and Spaceship Earth the next day. We arrived later than planned and missed our other choice. While we were at Epcot, the line for the FP+ kiosk at the front of the park was at least an hour long. Here’s a tip; there are a couple of kiosks in the back near the World Showcase gate. I’ve never seen a line of more than a few people at those.

On Thursday, March 27, our MagicBands finally arrived. Included with each was a “slider” that states that we’re Passholders. There is no real purpose to the slider, but it is always nice to receive something for nothing. Also in the box are plastic cards to be used for parking and our food/merchandise discounts. (Those are included in our Passholder benefits.) My family and I decided to break them in on Saturday, March 29 at Disney’s Hollywood Studios.

I think that I’m finally getting the hang of making the FastPass+ reservations online. I figured out that there were some open spots for Toy Story in the evening, so we planned our visit around that. We didn’t want to stay long. I was able to get a 6:15-7:15 reservation for The Great Movie Ride, 7:25-8:25 for Star Tours, and 8:25-9:25 for Toy Story.

We arrived a few minutes after 7:00 and barely made it onto the first ride. There was a 15 minute wait time, so it was nice to have our spots reserved. After Mugsy met his doom we went immediately to Star Tours. My daughter and I have ridden this ride 174 times (yes, I keep track) and we usually ride standby, so this was really a wasted reservation. There’s hardly ever a line for the ride in the evenings, in fact the standby line was moving faster because we needed to stop and scan our MagicBands. (If you’re going to use one of your selections for Star Tours, book it earlier in the day.) After we landed safely we had a few minutes to walk around. We were grateful that we had a reservation for Toy Story, in all the time that we’ve lived here I’ve only seen the ride twice without a long wait.

I will admit that the system worked well for us. Because I was able to move our times around, we hit three rides in about an hour and a half. I still prefer the old system, and I doubt that will ever change.

I found the MagicBand itself to be extremely uncomfortable to wear. It’s too bulky for my taste and there’s no give in the area that houses the technology. After we went through the second checkpoint at Toy Story I took it off because I couldn’t stand it any longer. And I also felt a little bit weird knowing that Disney could track my every move while I was there. I already know that I will complain about it like crazy when the summer’s heat and humidity arrive.

One thing that I like about the new system is the ability to make reservations in advance. My birthday is coming up next month and I already have reserved our rides. I like the website a lot better than the mobile app, but that’s just personal preference. I don’t like the tiered system at DHS and Epcot (I’ll pick Test Track over Soarin’ any day) and since Passholders are limited on the number of reservations that we can make each month I doubt that I’ll ever use the system for Animal Kingdom.

For anyone who is not going to be staying on property but plans to visit, I would recommend buying the MagicBands once they’re available instead of trying your luck at a FastPass+ kiosk in the parks. And never stop at the first kiosk that you see. Keep walking, you’ll find one that’s less crowed.