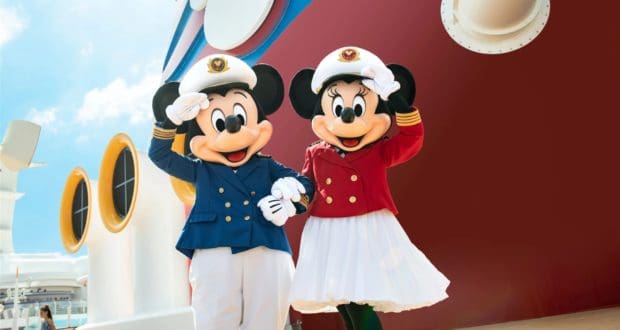 Disney Cruise Ships to Sail Out of New Florida Location

For years, Disney Cruise Line has been calling Port Canaveral, Florida, its home base. The cruise line, which is headquartered in Celebration, Florida, has been based out of the Port — which is only about an hour from Orlando — since its inception in 1995. However, it looks like the popular cruise line has purchased a second home in an area of the state where cruise ships are the norm — Port Everglades.

Port Everglades is located in the Fort Lauderdale area of Florida, which is only about half an hour from one of the biggest ports in the cruise industry, Miami. Disney Cruise Line and Port Everglades recently entered into a 15-year lease agreement that will begin in October 2023. Here is more information on the agreement between the two per The Orlando Sentinel:

Port Everglades has never hosted a Disney ship except for emergency docking.

Disney had been sending its older vessels Disney Magic and Wonder to sail from PortMiami at least seasonally since 2012. It had previously lined up a deal to share PortMiami’s new terminal being built by MSC Cruises for year-round sailing, but the cruise line began shopping around in the last year. In May, the Broward County Commission opened the door for the port and Disney officials to hammer out an agreement, which was finished at the end of October…

The Port Everglades agreement shows the cruise line and port would split the estimated $12 million cost of a redesign of Cruise Terminal 4, which is adjacent to the Broward County Convention Center. Disney would also chip in $500,000 toward $2 million worth of marine-side improvements for the ship berth. 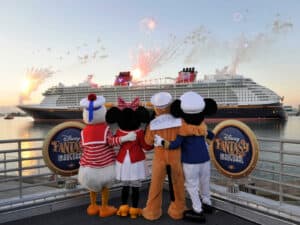 The Port Everglades terminal that Disney Cruise Line plans to use is currently undergoing construction as it prepares for the new cruise ships to make the area its new home. Construction is expected to be nearly completed on the terminal by the time the lease begins in October 2023, with full completion being reached by the end of November 2023.

Are you excited to hear that Disney Cruise Line will be docking in Port Everglades beginning in 2023?

2021-11-09
Krysten Swensen
Previous: Frightful to Fall, Halloween to Holidays: WATCH the overnight transformation of Magic Kingdom
Next: Night of a Million Lights at Give Kids the World Village