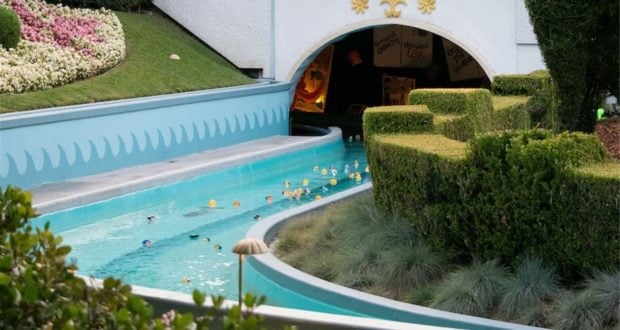 As shared by Disney: “As one of the most beloved cast-exclusive events, cast members were ecstatic about the return of Duck Races this year. Cast members purchased and decorated $5 rubber ducks (all proceeds benefit Goodwill of Orange County) and raced them through “it’s a small world” before the park opened to guests. After the ducks set off on the happiest cruise that ever sailed, cast members eagerly waited outside the attraction to see which duck would return first from their trip around the world. Shouts of excitement were heard as the duck that took the lead sailed out of the attraction, decorated by Ruth from Star Wars: Galaxy’s Edge.”

Can you imagine what a fun time it would be to experience this as a cast member? Sure it’s something simple and small, but it’s a memory you know they’ll share with their families for years to come. Not many get to say they raced rubber duckies around “it’s a small world”! We especially love that the proceeds from the rubber duck sales benefited Goodwill of Orange County. Way to go Cast Members! Thanks for ALL you do!

2021-07-18
Jamie Sylvester
Previous: A New Wine Experience Has Arrived at Disney Springs
Next: What’s Next For Loki And Sylvie’s Romance?