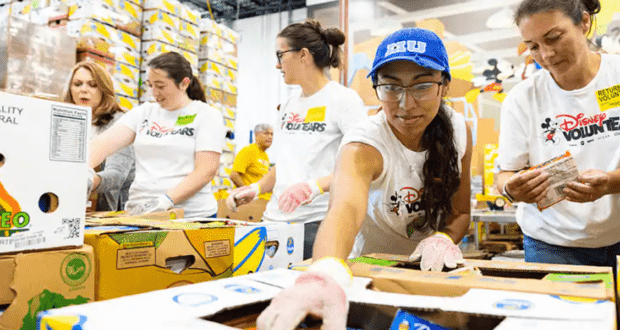 The aftermath of Hurricane Ian continues to debilitate thousands of Floridians across the state. The record-breaking storm was one of the fiercest the state has ever seen and many Floridians are struggling to pick up the pieces while others have been reaching out a hand to help.

Many Disney Cast Members are among those helping their friends and neighbors rebuild their lives. A Disney spokesperson said, “Walt Disney World Resort has called Florida home for more than 50 years, and when our neighbors are in need, our cast are always ready to help.” The Walt Disney Corporation is also donating financially to help with relief efforts. Millions of dollars have already been donated and are  being given directly to local organizations whose missions are to rebuild and re-establish locals affected by the deadly storm. Nearly $500,000 in donations have been given  to the Osceola Council on Aging, United Against Poverty, Project:Camp and World Central Kitchen. The company is  providing assistance to cast members and employees affected by the storm through the company’s relief fund. Disney VoluntEAR program connects Cast Members with volunteer opportunities to help their local community. One Disney VoluntEAR, Patricia said, “we have been packing disaster relief meal kits at Second Harvest Food Bank of Central Florida. That’s one of my favorite things about being a cast member at Disney — we always answer the call when our community needs help. I’m just so happy that I am able to help my neighbors.”

Though the storm lasted just two days, its effects will be felt for months, even years in some areas.  If you would also like to help the residents of Florida who have been impacted, we compiled a list of fully vetted and legitimate organizations who are currently working to provide relief. You can check it out here.