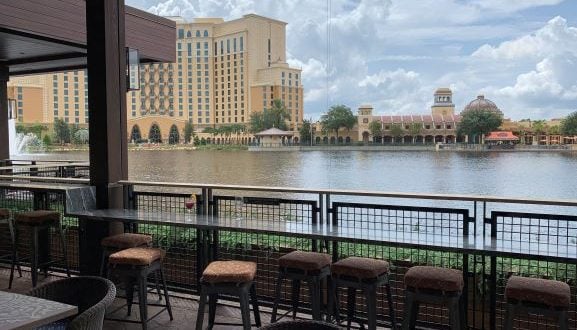 Gran Destino Tower is now open at Disney’s Coronado Springs Resort. That means that there are also some new dining options! The newest part of the resort is a nod to the short film Destino, which was a collaboration between Walt Disney and Salvador Dali. The entire tower has a Spanish flair, and that spills over into the dining locations. Here are the new choices. You can also easily head over to the main part of Disney’s Coronado Springs Resort and dine at the restaurants there. Room service is also available.

Gran Destino Tower is 16 floors high, and you’ll want to head straight to the top! Toledo – Tapas, Steak & Seafood is the main dinner option. It has the feel of a signature restaurant, but since Disney’s Coronado Springs is a Moderate Resort it only costs one table service credit on the Disney Dining Plan. Presentation is half the fun, the foods almost look too good to eat. At a recent media event we were able to sample several of the dishes, and they were all a hit. The Hanger Steak was probably the favorite at the table where I was seated. My personal favorite is found on the appetizer menu. ‘Pan con Tomate’ Tomato Bread is a simple dish, but it is full of flavor. The menu is mostly either steak or seafood, but there are also some meat-free options. There is a wall of wine in the middle of the restaurant. The wall holds up to 1,400 bottles. There are 80 vintages available, and half of those are sold by the glass. One of the signature cocktails is Destino Gin Tonic. There are also nonalcoholic specialties.

Outside of the food, one of the best features of Toledo – Tapas, Steak & Seafood is the view. You can see all four theme parks from the top floor, as well as Disney’s Blizzard Beach Water Park. Ask for a table near a window, and then ask your server to point your eyes in the right direction. There is another option on the 16th floor of Gran Destino Tower; Dahlia Lounge. It’s a relaxed space that features fun touches such as dandelion chandeliers. The food menu isn’t extensive, just like any lounge. You’ll find tapas such as Olive Oil-poached Tuna with Lemon, and plated items that include Calamares a la Romana and Savory Churros. There are specialty cocktails, plus wines from Spain and California. You’ll also find Spanish and American beers, and there are nonalcoholic specialties. There’s a deck with seating, so you will want to take your drink outside. Check to see what time the fireworks are. You can see the fireworks from Epcot, but even better is the view of Disney’s Hollywood Studios. You can’t hear the soundtrack, but it’s still a lot of fun to watch. Another new dining option isn’t actually inside Gran Destino Tower, but you can see it if you head out the back of the building. Head to the walking bridge over Lago Dorado. Three Bridges Bar & Grill is open only for dinner, and it does not accept reservations. There is plenty of seating. Three Bridges Bar & Grill is open aired and on the water, making it a gorgeous place to dine. Even though it is open aired, it is covered, and the staff knows what to do if there is a sudden downpour. The menu is as relaxed as the atmosphere. You’ll find entrees such as Braised Pork Tacos, Harissa Lamb Chops, and Three Bridges Signature Burger. A Cast Member who I spoke to told me that the Warm Churros on the dessert menu are his new favorite item at all of Walt Disney World. Three Bridges Bar & Grill will also soon be known as the go-to place at Walt Disney World for sangria. There’s a page on the menu that is dedicated to the different varieties that are offered. There are also plenty of other specialty drinks, Spanish specialty coffees, and other hot beverages made with or without alcohol. You’ll want to take a look at the fire pit. Chances are it’s not quite like the one that you have at home. The final new dining option at Gran Destino Tower is Barcelona Lounge. This is located in the lower lobby. You will want to stop by in the morning before you hit the parks. You can start your day with a pastry, both Spanish and American varieties are available. This is also where you will want to get your morning cup of joe. Joffrey’s Coffee is served. You can have regular coffee if you would like, and there are other creations if you’d prefer something a bit fancier. After breakfast Barcelona Lounge turns into a full-fledged lounge. Appetizers such as Lentil Hummus are sold. Coffee is available all day, but you can also order specialty cocktails, wine, beer, cider, and other beverages. The space is large, and you can really feel the Dali theme. Make sure you look for the Hidden Mickey over the bar; it’s not an easy one to find. Barcelona Lounge is the perfect place to both start and end your day. 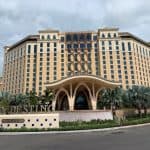 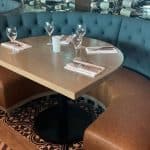 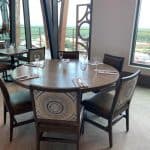 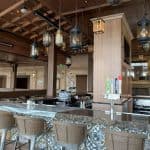 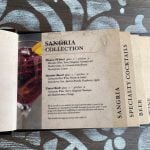 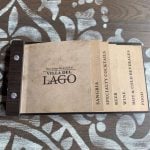 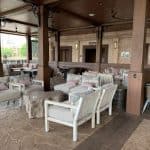 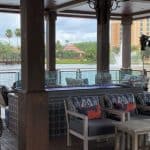 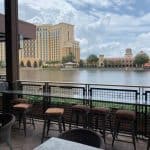 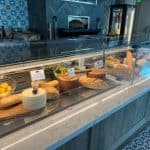 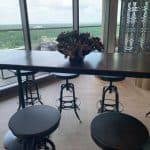 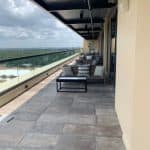 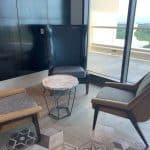 2019-07-12
PaulaK
Previous: 11 Tips On How to Do Disney Springs Like a Walt Disney World Pro
Next: Check Out runDisney Medal Reveal for Disney Wine & Dine Half Marathon Weekend at Walt Disney World