D23 Report and Photos From Day One

D23 Expo is a fan event that is sponsored by the Walt Disney Company. It started in 2009, and it is held every other year. So far, each D23 Expo has been held at the Anaheim Convention Center in Anaheim, California, but that doesn’t mean that the location will always be set in stone. D23 Expo is quite popular, because there are always announcements, panels with some of your favorite Disney-related stars, special merchandise, Cosplay, and much more. It is estimated that over 70,000 fans will attend the sold out event, which will run through July 16, 2017.

One of the most anticipated panels was the Disney Legends Awards Ceremony, which was the first major show. It started off with a montage of past Disney Legends recipients, followed by a welcome from Walt Disney Company Chairman and Chief Operating Officer Bob Iger. He talked about some of the accomplishments of the company since the last D23 Expo in 2015, including some of the movies that have been released, the reemergence of Star Wars, and the opening of Shanghai Disney Resort. He then promised that the weekend would be filled with lots of new information, including an update on the two Star Wars lands and other information on the Disney theme parks. He also said that one of his proudest moments as CEO was getting back the rights to Oswald the Lucky Rabbit. Oswald was created by Walt Disney before he came up with Mickey Mouse, and he was heartbroken when he lost the rights to his creation. Iger said that getting back the rights was a great way to honor Walt Disney.

The next part of the presentation was a live version of Go the Distance, which took place while a montage of past recipients of the Disney Legends Awards played in the background. Iger said that there were 267 legends, and then asked those present to stand. He made particular note of Ruthie Tompson, who was seated in the front row. Tompson worked as an animator and her work dates back to Snow White and the Seven Dwarfs. She then worked on almost every animated Disney picture for the next 40 years. Ruthie Tompson will be celebrating her 107 birthday on July 22.

After acknowledging the past award winners, Iger moved on to the current recipients. First was Oprah Winfrey, who accepted the award for her work in film and television. The late Garry Marshall was second, for his work in film and television. The award was accepted by his children Scott and Kathleen. The cast of Dancing With the Stars performed in front of a montage that featured comic superheroes, which led to the next two recipients. Third was the late Jack Kirby, for his work in publishing. The award was accepted by his son Neal. The next award was given to Stan Lee for his work in publishing. Instead of focusing on the death of his wife just days earlier, Lee reminisced about his work with Kirby and how as a child he saved money to by the book The Art of Walt Disney, which encouraged him to follow his dreams. The fifth award was for the late Clyde Geronimi, for his work in animation. His sons Gary and Lynn accepted the award. The late Manuel Gonzales was named sixth. He drew the Mickey Mouse Sunday cartoons for 40 years. His son Dan accepted the award. The Cadaver Dans then performed, with another performance from Dancing With the Stars. This was to introduce Imagineer Wayne Johnson, who helped create many iconic Disney Parks rides, including the Haunted Mansion.

The eighth name mentioned was the late Carrie Fisher. Her daughter Billie Lourd could not attend, but sent a letter of thanks that was read by Bob Iger. It was also mentioned by Iger that Star Wars: The Last Jedi will be Carrie Fisher’s last film, putting to rest rumors that there is footage of Fisher that will be used for the ninth installment of the film franchise. The eighth award was given to another Star Wars icon, Mark Hamill, for his work in film. Hamill thanked George Lucas, John Williams, those behind the scenes, and the fans for their support. He mentioned that he and Carrie Fisher had a true sibling love for each other. He also thanked Walt Disney. Bob Iger then mentioned that the upcoming Star Wars: The Last Jedi is Hamill’s best performance as Luke Skywalker ever. The ninth winner was a surprise because it had not been previously released, it went to Whoopi Goldberg for her work in film and television. Goldberg mentioned that the Disney Parks make you feel like home. The final recipient was Julie Taymor, for her theatrical work. Taymor is best known for bringing live versions of The Lion King to six continents. The ceremony ended with a surprise performance by the cast of The Lion King.

Catch Up with Ashley Eckstein

Ashley Eckstein is a voice actress who is best known for her role as Ahsoka Tano in Star Wars: The Clone Wars. She is also the founder of Her Universe, a fashion line that she started because she didn’t like the choices out there for females who loveStar Wars. According to Eckstein, “I wanted a community where girls could be proud and say ‘I love Star Wars.'” She revealed some of the plans that she had for merchandise that will soon be available in the Disney Parks. Not only will more Star Wars related articles soon be available, but so will Captain America and other Marvel creations. Eckstein stated that she has designed her first dress based on Minnie Mouse. There will also soon be items based on the three Haunted Mansions in the world, Frontierland, and Fantasyland. There will also be a Forces of Destiny shirt that is based on Ahsoka Tano.

It has been 30 years since the first Disney Legends Award was given out, and a panel was held to celebrate the milestone. It was hosted by Leonard Maltin. The hour started with a conversation with Andrea Favilli, who was the creator of the Legends Award statue. From there eight Disney Legends were announced. First was Kathryn Beaumont, who was the voice of both Wendy from Peter Pan and Alice from Alice in Wonderland. Next was Bob Gurr, a former Imagineer. Third was Karen Dotrice, who is perhaps best known for her role as Jane Banks in Mary Poppins. Archivist Dave Smith was next. After Smith was voice artist Bill Farmer, who has been the voice of Goofy for over 30 years. Animator Andreas Deja was the next one introduced. Finally, actor Mark Hamill was brought out. The Disney Legends then shared memories of working with Walt Disney himself, of creating various characters, and of how important the Walt Disney Company has been to all of them.

This panel was hosted by John Lasseter, and there were plenty of surprises. One of the highlights was when several princesses came together on the stage. There was a performance of Remember Me from the upcoming Pixar film Coco. Several of the actors from the film were in attendance. There was also a showing of the new featurette Olaf’s Frozen Adventure. Some of the actors from Incredibles 2 were also on hand. The movie is scheduled to be released on June 15, 2018. A scene from Wreck-It Ralph 2 was shown to those in attendance. That movie will be released on April 12, 2019. There was also information on Toy Story 4, which will be released on June 21, 2019. The yet unnamed sequel to Frozen was also brought up with a behind the scenes video. The Frozen sequel is scheduled to be released on November 27, 2019.

MaxPass at Disneyland Resort is set to debut on Wednesday, July 19. It will not be taking the place of regular FASTPASS. Guests will need to download the latest version of the Disneyland Resort App in order to use the service. The initial cost will be $10 per day, and will include the ability to make one FASTPASS reservation. The cost will also include all PhotoPass downloads for the day. Passholders can add MaxPass to their current tickets, and in some cases it will already be included. At this time there are no plans to bring MagicBands to Disneyland Resort, because the technology can be accessed through using the app. The MaxPass system is open to tweaks for improvements, based on what users have to say.  Fans of Spider-Man will be pleased to know that the series Marvel’s Spider-Man will have a one hour premiere on Saturday, August 19, 2017. It can be seen on Disney XD. 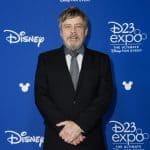 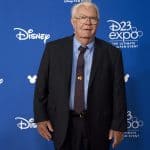 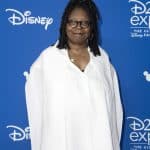 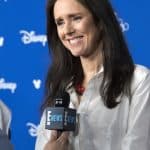 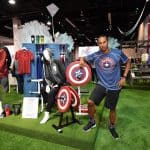 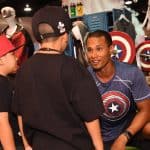 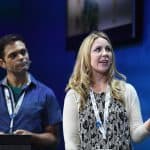 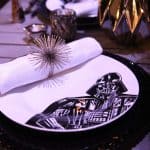 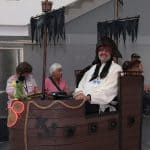 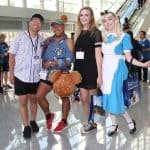 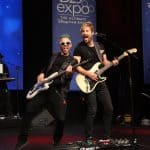 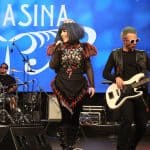 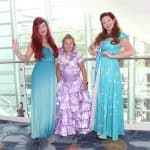 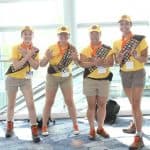 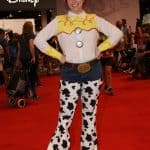 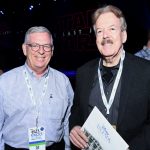 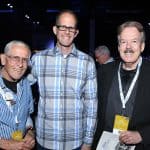 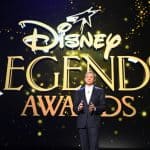 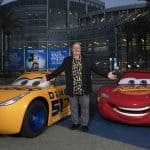 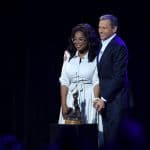 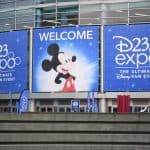 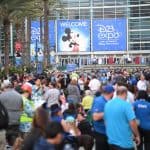