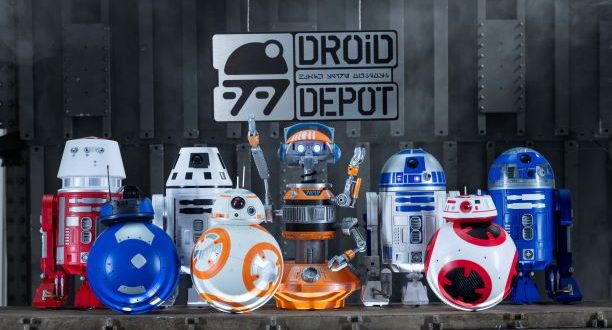 On January 9, we reported that Guests who were spending $219 to build lightsabers at Savi’s Workshop in Star Wars: Galaxy’s Edge in Hollywood Studios were no longer receiving a carrying case for their lightsaber. Disney claimed that they were out of the complimentary padded bags, so they were simply putting the lightsaber in a clear, plastic bag. However, other padded carrying cases could be purchased for an additional $50. 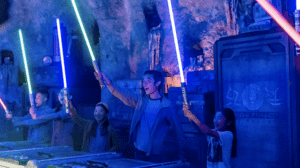 Well, it now seems that the same issue is arising for those who choose to build their own customized droid at the Droid Depot also in Galaxy’s Edge. Popular Disney YouTuber Jojo recently shared that Disney is out of the cardboard boxes they used to give Guests once their droid was built and paid for, and they are now giving those Guests plastic bags as well. Jojo also shared that discounts on both the lightsaber experience and the droid depot experience are not being offered to compensate for the lack of a proper carrying case.

According to the Walt Disney World website, here is what is included in a Guest’s Droid Depot experience — which costs $99.99 plus tax per droid.

Visit a workshop stocked with parts, chips, manuals and other tech items useful for constructing your very own droid, one of the galaxy’s most indispensable sidekicks.

First, register your choice of the BB-series unit or R-series unit with the clerk, who’ll provide a basket and blueprint for parts. Next, proceed to the following stations and begin your droid-building experience.

Parts Station
Select from a colorful variety of components to customize your droid as they roll by on the shop’s conveyor belt: 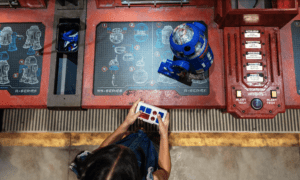 Build Station
Here you’ll follow simple “placemat” instructions or graphic monitor displays to assemble your droid in the proper sequence. Once complete, your droid will be paired with a remote control and activated as you watch it come to life! 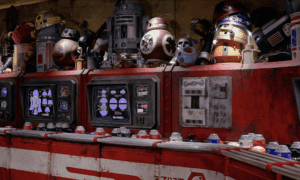 It should be noted that the original boxes made to carry the droids were made of cardboard, not padded cloth like the lightsabers, so it may not be as big of a deal to Guests if they are simply given a plastic bag to carry their droid. However, for Guests who would like the full experience that comes with building a droid, they may want to think about holding off on their build until their next trip to the Parks. 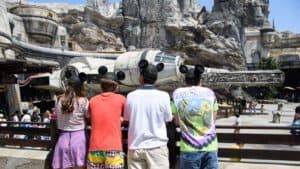 Disney running out of cardboard boxes as well as padded carrying cases seems to simply be an issue with the supply chain. Many businesses have had trouble getting the products and supplies they need, and Disney is no exception. It is also unknown as to when the boxes and carrying cases will return, so if you want to build a droid or a lightsaber, you can check with the Cast Members to see if the cases have returned.

2022-01-13
Krysten Swensen
Previous: Disney Adults and Their TikToks Are Causing Problems For Cast Members
Next: Disney casts male lead for “Snow White” remake, but not as the Prince