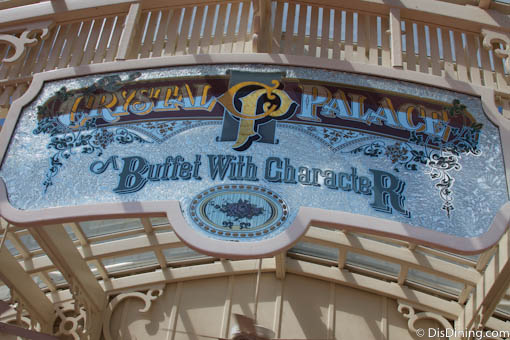 I remember going to the Magic Kingdom’s Crystal Palace Restaurant for the first time when I was around seven years old.  This was to be my mother’s one choice of “what to do at Disney World” as she felt the Victorian iron and glass architecture to be completely magical (in fact, the building is inspired by the cast-iron and plate-glass Crystal Palace erected in London to house the Great Exhibition of 1851).  Although the Crystal Palace has stood in its current location since the park opened, which is just around the bend from Casey’s Corner and before the bridge leading to Adventure Land, it was not always a character dining restaurant.  I remember it to be a “buffeteria”—the Disney term for a cafeteria offering a multitude of choices to pick from as I slid my plastic tray down the brass bar counter.  How I remember being thrilled at so many choices for dessert!

In 1996, the Crystal Palace switched to its current character dining format.  The Crystal Palace is home to the lovable characters from The Adventures of Winnie the Pooh.  While you and your family sit comfortably at your table and enjoy what you’ve chosen from the buffet, the characters come to visit you, sign autographs, and pose for multiple pictures.  On our lunch time visit, my three children and I got to rub elbows with Pooh, Piglet, Tigger, and Eeyore.

Frankly, I was surprised at the fun my children had.  I would have sworn that my 13 year old son would only be interested in the unlimited trips he could make to the buffet, but I found that he was more than happy to play along with the characters’ pantomimes.  My 8 year old daughter couldn’t wait to have each character sign her autograph book, something she hadn’t shown much fervor for in a few years, so much so that she refused trips to the buffet when a character was getting closer to our table so she wouldn’t miss her turn.  Even my stoic, I’m-not-a-kid-anymore, 10 year old son smiled each time a character rubbed his hair and gave him a hug (“Mom, they are so cuddly soft,” he said.)

Let’s be honest—you don’t really go to a character meal for the food.  That’s not the main attraction.  But, you won’t be entirely disappointed by the spread Disney puts out.  The Crystal Palace offers an all-American lunch buffet which truly offers something for everyone.  The salad bar section allows you to build-your-own salad from a typical range of staples, but also surprises with a few unusual cold salads, such as a whole wheat pasta salad creation and, my favorite, a couscous salad with citrus vinaigrette.  Here you’ll also find a few selections of fresh fruit, soft baked rolls, and whole grain breads to round out your plate.

The entrée section of the buffet features a carving station (something I am beginning to consider a quaint throwback to the early days of buffet dining).  One of the friendliest Disney chefs I’ve met in a while was happy to carve London broil or ham for hungry guests while golden chickens roasted in the oven rotisserie behind him.  The buffet had a lot to choose from in addition to the carving station—chicken, fish, and pasta dishes and an assortment of vegetable, rice, and potato sides.  My favorites were the roasted salmon with dill cream and a curious bake of a white flakey fish, potato slices, and spinach in a creamy sauce.  I had to have a taste of mashed potatoes, even though they are standard Disney buffet fare and thus are unremarkable, as well as the collard greens, which turned out to be extremely over salted.

One of the nicer features of dining at the Crystal Palace is the kid-size buffet station which featured mac and cheese, spaghetti and meatballs, sweet potato wedges, and buttered corn kernels during our stay.  My children, however, bypassed it for options on the main buffet.  My 13 year old’s favorite dish was the carved steak he covered with a flavorful demi-glaze.  My 10 year old also loved the steak which he chose to pair with white rice and hard boiled eggs.  My 8 year old was very happy with the chicken strips and buttered roll she had selected.  Realizing I had paid greatly for such things as bread and butter, white rice, and chicken strips, I once again reminded myself that the ticket price was for the opportunity of having some solo time with the characters without having to wait in line and bake in the Florida sun.

As in my memories, the dessert display did not disappoint any of us.  There are two dessert stations (one for each half of the identical buffet lines serving the two sections of the restaurant) but they feature slightly different treats between them.  Be sure to check out both.  My youngest children loved the chocolate soft serve ice cream (but felt the vanilla lacked flavor), the fresh baked cookies, and the chocolate mousse.  My eldest enjoyed the mini cannoli and German chocolate cake squares.  My particular favorite was the peach and brown sugar pecan cheesecake bites.

After an hour’s time, my young family left stuffed, sugared, and autograph happy, while I tucked this new memory next to the childhood remembrances already in my heart.

Food – There are plenty of choices so everyone in your party should be able to find something they like. Just keep in mind it is a buffet, so it can be hit or miss in terms of your personal tastes.  Sometimes dishes dry out or are seasoned a bit differently than you would like.

Atmosphere – A light-filled, glass and mirrored beauty.  Pretty topiaries of the Pooh characters greet you upon walking in to the restaurant.

Service – Friendly Disney hosts/hostesses and servers can be found here.  Don’t be afraid to ask them to take a picture of your family at the table.  The chefs work hard to keep the buffet items well stocked and appetizing.

Tips – Reservations are HIGHLY RECOMMENDED, but still expect a wait on busy park days.  We waited close to 15 minutes to get to a host/hostess who could verify our reservation.  After we were in the system, however, we were seated in less than 5 minutes.

The DisDining Mama Says – For parents who feel pressured to make sure their little ones get to see their favorite Disney characters (or who just love to make their kids pose for character pictures), character dining is the way to go.  Just remember that you are paying for this experience more so than the food.  If you don’t have this attitude, you’re going to feel fleeced for Junior’s chicken nuggets and ice cream. 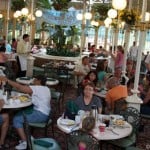 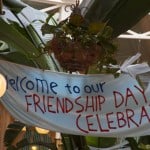 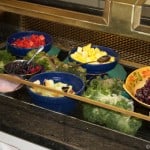 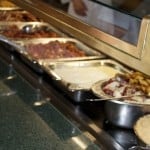 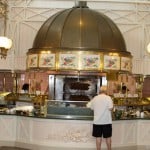 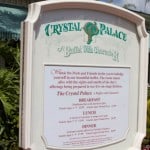 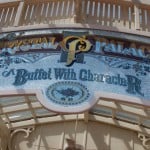 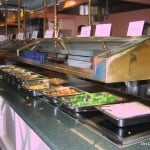 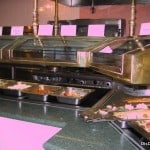 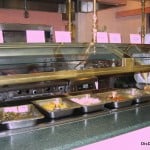 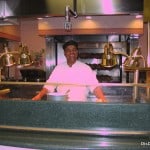 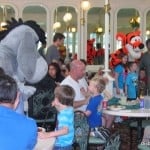 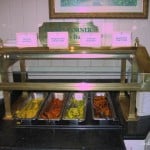 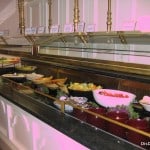 Michelle Johnston began her love affair with Disney at 2 years old on her first visit. She grew up to help the Walt Disney Company develop the Disney Institute Resort, a learning & discovery vacation resort no longer in operation. She served on the pre-launch team as a Research & Development Coordinator with a focus on program development There she created over 100 experiential youth and adult programs in the Culinary Arts, Environment, and Design Arts tracks. Michelle then progressed to the world of ideation, helping Fortune 500 companies create new consumer products and marketing communications. She is owns Word of Mouth: Writing, Editing , Resumes & Business Marketing providing freelance services and is also the co-author of Welcome to Grandparenting and the 109 Ways eBook series. To this day, Michelle maintains her passion for all things Disney, especially Walt Disney World and its wide array of eating experiences.